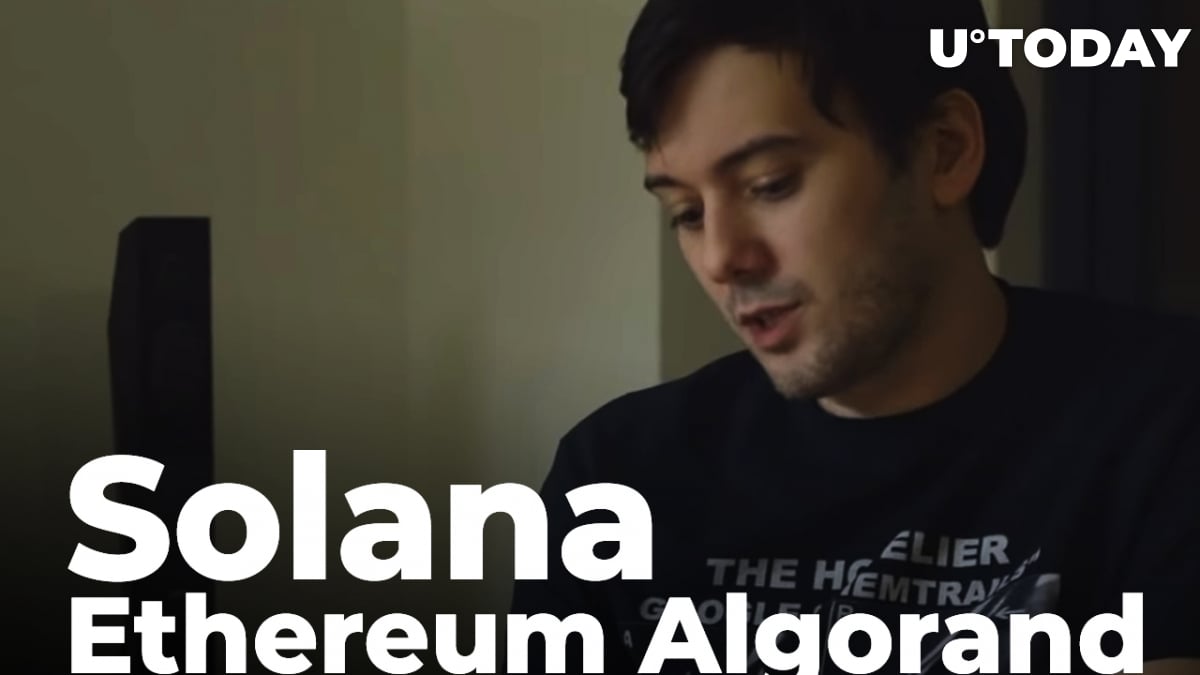 Former hedge fund manager and convicted felon Martin Shkreli, who was released early from prison on Wednesday, revealed that he was bullish on Solana and Algorand during a recent conversation on Twitter Spaces.

“I think in five years you can sell your Solana for a lot more,” Shkreli predicted.

He believes that the two aforementioned cryptocurrencies could “eat away” at the competitiveness of Bitcoin.

Shkreli is also convinced that Ethereum will end up flipping Bitcoin. “It’s hard for it not to happen given all the use cases for Ether,” Shkreli said.

Bitcoin mining is not sustainable

When it comes to Bitcoin, Shkreli believes that the world’s largest cryptocurrency won’t survive in the long term. The “pharma bro” described its energy dynamics as “useless”:

“I’m bearish on Bitcoin in the long-term…If someone were watching from Mars, they would think that we are crazy," Shkreli quipped.

Shkreli described the process of building complex infrastructure and using this electricity for the sake of crunching numbers as “obviously nuts.” “I don’t think it’s sustainable,” Shkreli added.

He believes that Bitcoin may hit $500,000, but it’s important to remain skeptical.

Shkreli, who was widely criticized for hiking the price of the lifesaving drug Daraprim by a staggering 5,000%, was sentenced to seven years in prison for committing securities fraud back in 2018.

The convinced felon also addressed crypto crime, claiming that it’s “terrible” when people abuse the system “to get something out of it that wasn’t intended.”

“We’ve seen this intersection of crypto and crime since Ross Ulbricht, who’s imprisoned for life.”

Shkreli said that crypto seemingly has a disproportioned share of crime.