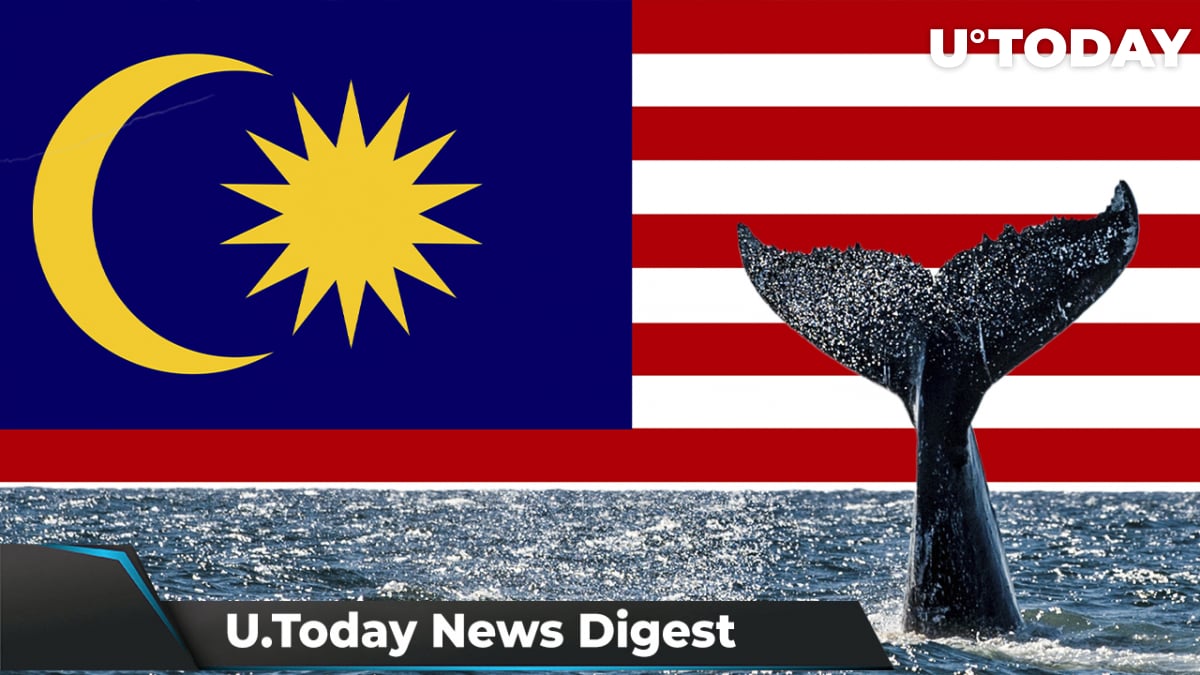 Bitcoin being considered as legal tender in Malaysia

According to Bloomberg’s article, Malaysia’s Communication Ministry proposed to implement Bitcoin as legal tender. Zahidi Zainul Abidin, the deputy minister of the authority, says that they seek to legalize cryptocurrency in order to encourage young people to use Bitcoin for everyday transactions, thus attracting them to crypto adoption.

At the moment, crypto is under the regulation of the local central bank and Securities Commission of Malaysia.

As shared by CryptoLaw founder John Deaton in his Twitter account, National Australia Bank (NAB), a Ripple partner and one of Australia's top four banks, has partnered with the Canadian Imperial Bank of Commerce (CIBC) to use Ripple's blockchain network technology. According to Jonathan Davey, NAB’s Executive General Manager, the technology has the potential to not only deliver real-time international payments but also to improve the security and efficiency of the bank’s payments systems.

WhaleStats on-chain analytics provider detected an enormous Shiba Inu transaction made by a major Ethereum whale. The whale ranked 216th on the scale of the aforementioned service has purchased 3.7 trillion SHIB tokens worth $89,128,210. The second biggest canine coin currently comprises 31.29% of the wallet’s portfolio.

Grayscale CEO Michael Sonnenshein stated that the firm's "number one" priority is currently getting a spot Bitcoin exchange-traded fund. As stated by Financial News (FN), the company has tried for six years to convert its trust into an ETF and filed a new application with the SEC last October. The regulator has so far shot down multiple proposals to launch a spot Bitcoin ETF by many major players, leading Grayscale to accuse the SEC of creating "an unfair playing field." However, Sonnenshein believes that in the future, the regulator will change its stance.