John McAfee Fails CIA’s Attempts to Collect Him and His Wife, Shotguns Involved

Yuri Molchan
Crypto freak John McAfee says CIA has made an attempt to collect him in Cuba, posts a photo holding a machine gun 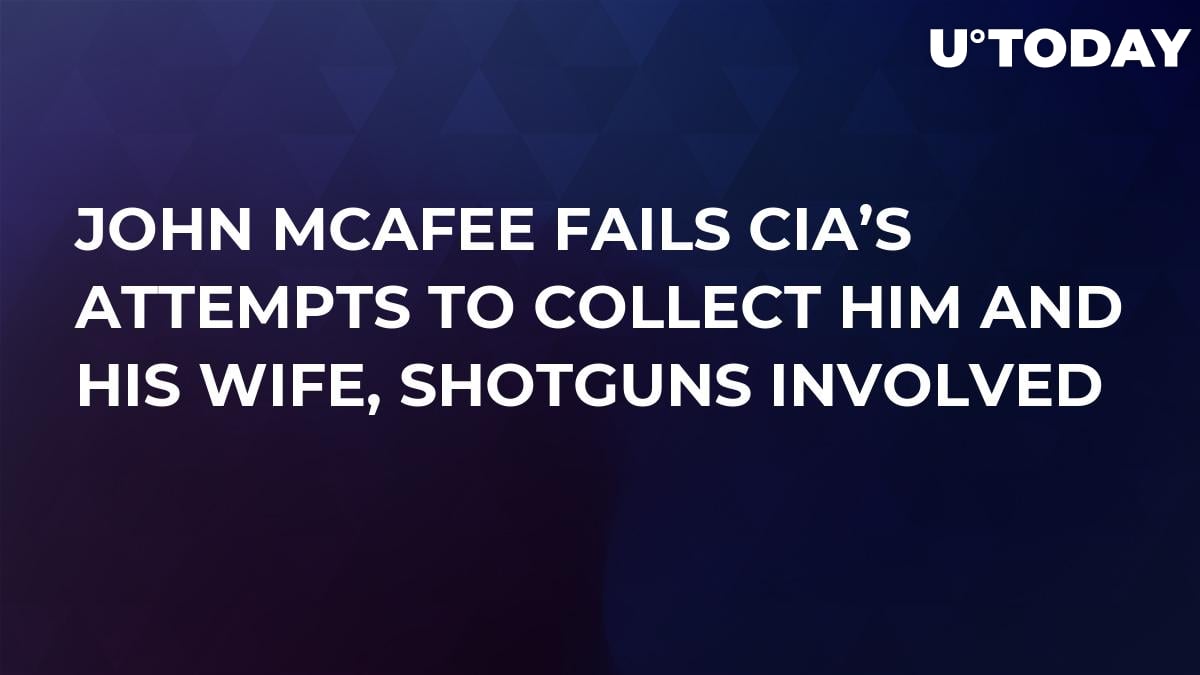 In the previous episode of the ‘McAfee runaway saga’ U.Today reported that the crypto baron and one of the current US presidential candidates, John McAfee, send a word that he would be going dark on Twitter and promising to share details later on.

The message was posted on his account by McAfee’s team campaign manager with a long beard and just as long Spanish name Rob Benedicto Pacifico Juan Maria Loggia-Ramirez (probably, McAfee calls him ‘Don Juan’ for short, in commemoration of the Carlos Castaneda’s mysterious teacher).

On Friday, July 19, the story had a continuation, since the first tweet made my McAfee himself appeared after the one promising that he would ‘go dark’.

The presidential candidate McAfee has reported that the CIA has attempted to lay their hands on him and his wife and prevented them from relaxed cigar smoking in Cuba.

The photo he posted shows McAfee and his wife Janice holding weapons, which apparently they used to scare the CIA agents off their expensive cognac and Cuban cigars.

The CIA has attempted to collect us. We are at sea now and will report more soon. I will continue to be dark for the next few days. pic.twitter.com/o79zsbxISl

The crypto baron then said that he would go dark on Twitter for another few days until the IRS sends US marines to catch him, perhaps.