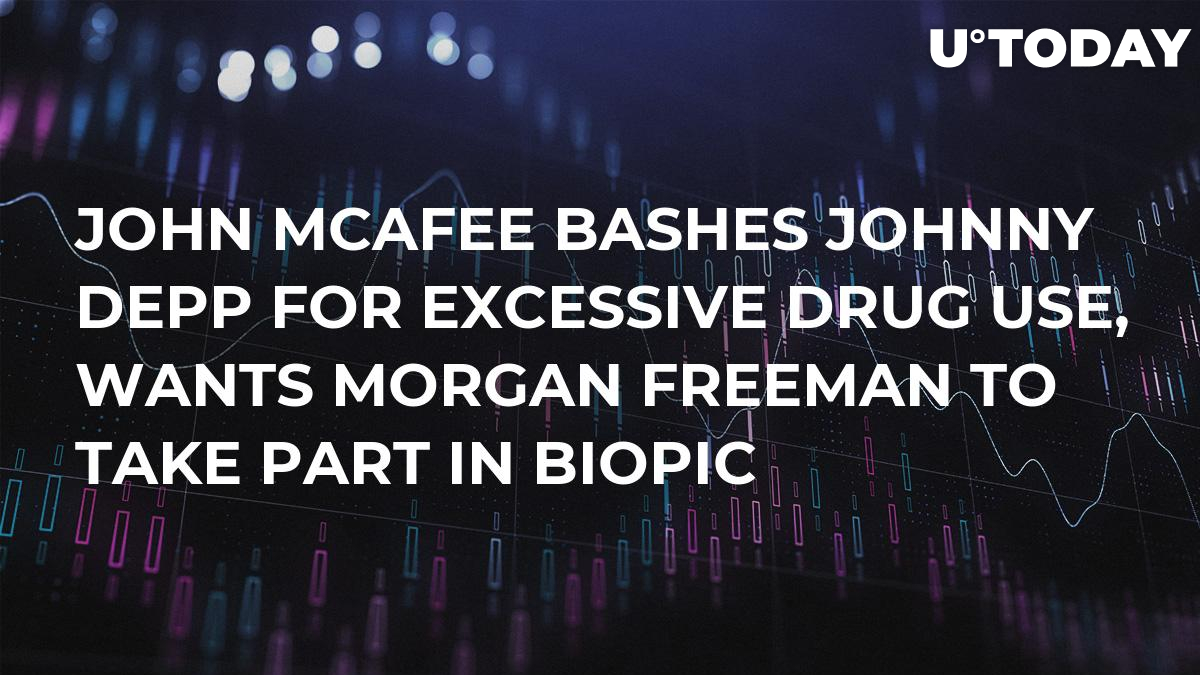 In his recent tweet, McAfee criticizes a Hollywood A-lister Johnny Depp, saying that ‘Jack Sparrow’ has been having a bad year in his movie career.

To prove his point, McAfee posts headlines of news that say about Depp being replaced in the movie about McAfee’s life, ‘King of the Jungle’, and the Pirates of the Caribbean franchise, as well as in a few other movies.

Johnny Depp is not having a good year. Been replaced in four films, including "King Of The Jungle" - a fictionalized account of my life. I am happier with Michael Keaton playing me. Depp has been consuming more mind altering substances than me - a dangerous record for anyone. pic.twitter.com/vyeplfakqY

Last year, John McAfee, the crypto baron, as he is often referred to, insisted that the makers of his biopic ‘The King of the Jungle’ replace the Hollywood star Johnny Depp, who was meant to play McAfee.

The role was given to Michael Keaton, though McAfee admits he wanted very much (and still does) to be played by Morgan Freeman.

The Johnny Depp fan club certainly trashed my prior tweet. Good on ya! I have no control over the movie but I seriously wanted Morgan Freeman to play me.#morganfreemanhttps://t.co/p9s95dvaX7

As for his disdain towards Depp, McAfee admits that the man has consumed a lot more ‘mind altering substances’ than himself.

In response to the tweet, members of the crypto community started defending Johnny Depp, using low-style words to characterize the biopic featuring McAfee and offering more support to Johnny Depp than to McAfee on this one.