What is Bitcoin Network Value to Transactions (NVT) Ratio? 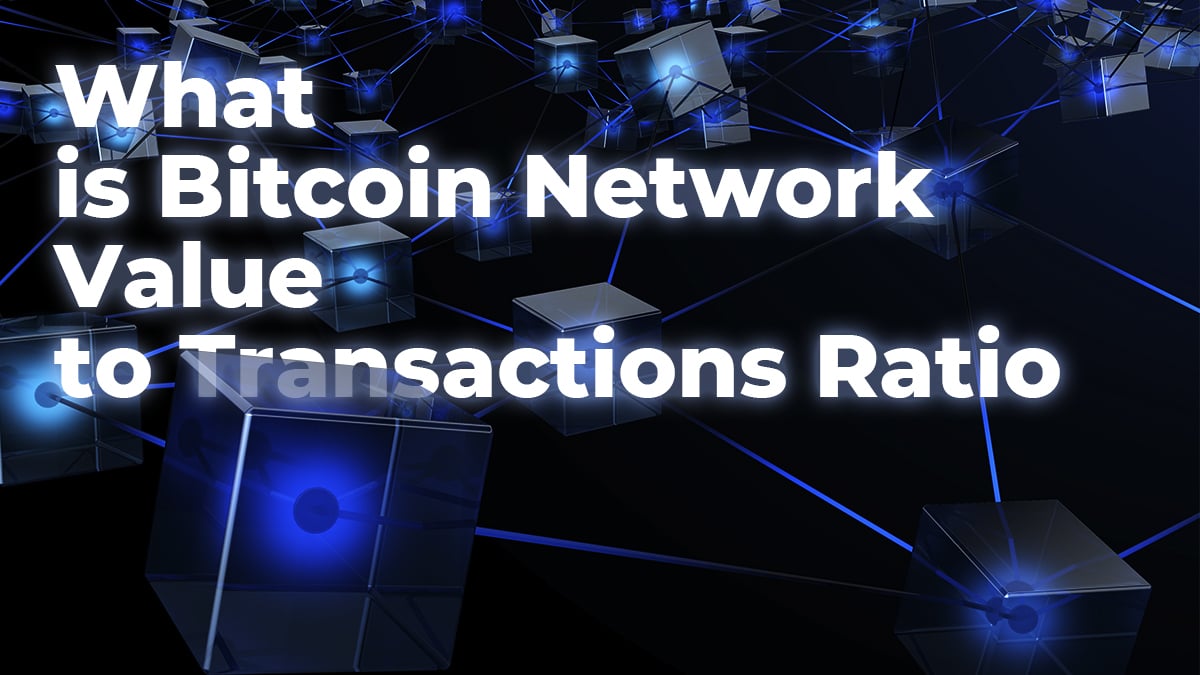 The crypto market continues to enjoy unprecedented growth, so much so that ardent Bitcoin users are eager to apply conventional techniques of investment and financial analysis to Bitcoin and other altcoins. The most recent development came in the form of a system to measure the dollar value of a crypto asset transaction activity as a ratio of the value of the network. This concept is known as Bitcoin Network Value to Transactions (NVT) ratio.

What is the significance of Bitcoin NVT Ratio?

Before we seek to understand the Bitcoin ratio, it will be helpful to analyze the recent applications of this metric.

In traditional finance, experts rely to a large extent, on ratio-based valuation methods- a quick and relatively accurate measure of the value of assets. Any stock enthusiast will easily recognize the term, Price to Earnings Ratio (P/E), a metric achieved by dividing the price per share of a particular company to its earnings per share.

The current price to earnings ratio of a company’s asset, when compared to its historical average, or the mean value of other similar assets, can yield interesting results. If the value at a prior time is found to be lower than the current price to earnings value, we know that the investors are ready to pay more for that particular unit now than before and vice versa. How does this apply to Bitcoin ratio?

Because Bitcoin is not in itself a company (which trades stocks and calculates earnings), it is a network which facilitates payment and store of value, the amount of money flowing through the network can be computed as the company’s earnings and invariably, the utility derived.

Bitcoin NVT ratio then gives us an idea of the market capitalization. It is also noticeable that the value transmitted on the Blockchain is a near-perfect representation of the valuation of the network.

How can you calculate Bitcoin NVT Ratio?

Bitcoin NVT ratio is calculated by dividing the network value of the Blockchain (represented by N) by the value of the daily transaction volume (T).

One factor to consider here is the fact that the daily transaction volume only takes note of the on-chain transaction, hence, any other transaction which occurs on other exchanges is not accounted for in this Bitcoin ratio.

One more thing to note, Bitcoin NVT ratio doesn’t consider the number of transactions or the number of addresses which partook in the transaction. Normally, for businesses and startups, this is an important metric to track and the crypto asset valuation will benefit if subsequent technologies include this feature.

The implication of Bitcoin NVT Ratio

During the inception of the technology, the growth of Bitcoin was exponential. It enjoyed a considerable amount of attention and transaction, resulting in a high valuation of the network compared to the actual transaction value.

What does this mean in plain terms? Bitcoin ratio, assuming it was exploited properly, would’ve shown the imminent explosive growth of the Blockchain network. All these are based on the premium valuation achieved by the Bitcoin NVT ratio. It is also very closely related to the price to earnings ratio observed in fledgling companies with high growth.

2. Bitcoin NVT Ratio can be used to assess market consolidation and crashes

Let’s analyze this concept carefully. When a price explosion occurs, people wrongly assert that this, in itself, is a bubble. However, economically speaking, the position is based on a wrong premise. A bubble can only be determined after the price peaks and then a new valuation is carried out to assess the price situation. Does it consolidate itself or does it crash?

Let’s take a look at the valuation of Ethereum during the first quarter of 2016. The increase in value was astronomical, from 70 mln dollars to over one bln. An untrained eye will assess the market, even using a Bitcoin ratio and conclude that it is a bubble, however, for it to be a bubble, there must be a crash and such crash was not experienced.

Similarly, Bitcoin NVT ratio is effective at discerning a bubble, i.e. if the market prices peaked and crashed or consolidated. However, it is unable to identify bubbles before they occur. This is because when a price explosion occurs, trader activity increases and the network experiences a proliferation of new users. This drives up transactional value and when the buzz subsides, we can aptly employ Bitcoin ratio to assess the valuation.

The Bitcoin NVT ratio aptly captured the historic Bitcoin bubble which the world suffered in 2011 and 2013. It was a time when the market was still in its incipient stage and optimism pored through investors and traders alike. The price came crashing eventually, causing a 92 percent and 83 percent adjustment in the market.

Similarly, in 2013, when the market was consolidated by 83 percent, surprisingly, the Bitcoin NVT ratio was not seen as significantly high enough to be regarded as a bubble. Why is this so? A critical assessment of the Bitcoin network revealed that the transmitted value was commensurate with the volume and this was enough to keep the Bitcoin ratio normal.

What is Bitcoin NVT Ratio telling us about the market now?

As at now, Bitcoin has a market capitalization of over 115 bln dollars. It has fluctuated for a while and is now trading at $6,800 (as at April 5, 2018). The Bitcoin NVT ratio, however, still says there’s a price consolidation. According to this chart by coin metrics which is updated daily, the NVT is 27.41, with a 30-day average network value of 147 bln and an on-chain transaction volume of 5.5 mln.

Other altcoins and their NVT Ratio

Ethereum is one of the most popular altcoins and since its inception in 2015, the platform has enjoyed increasing adoption. It uses Ether as a mode of payment and this causes it to be strongly correlated to the transactional value and network value. Due to the relatively puerile nature (it is barely three years old), it might take a while before bubbles are detected accurately.

Other currencies such as Decred and Dash experience staking- a process by which certain stakeholders make their tokens a collateral and then use it to provide services to the network for revenue. This increases the transactional activity and when the revenue flows back to the stakeholders, this might be misleading and not totally representative of the network’s utility.

It is not easy to ascertain the market performance of Bitcoins. In fact, it is a very recondite and esoteric process. Thanks to Bitcoin NVT ratio, investors and traders have a metric which provides a decent understanding of the market. Bitcoin ratio helps to assess the impact of a market bubble after it has occurred- also improvements are still required.