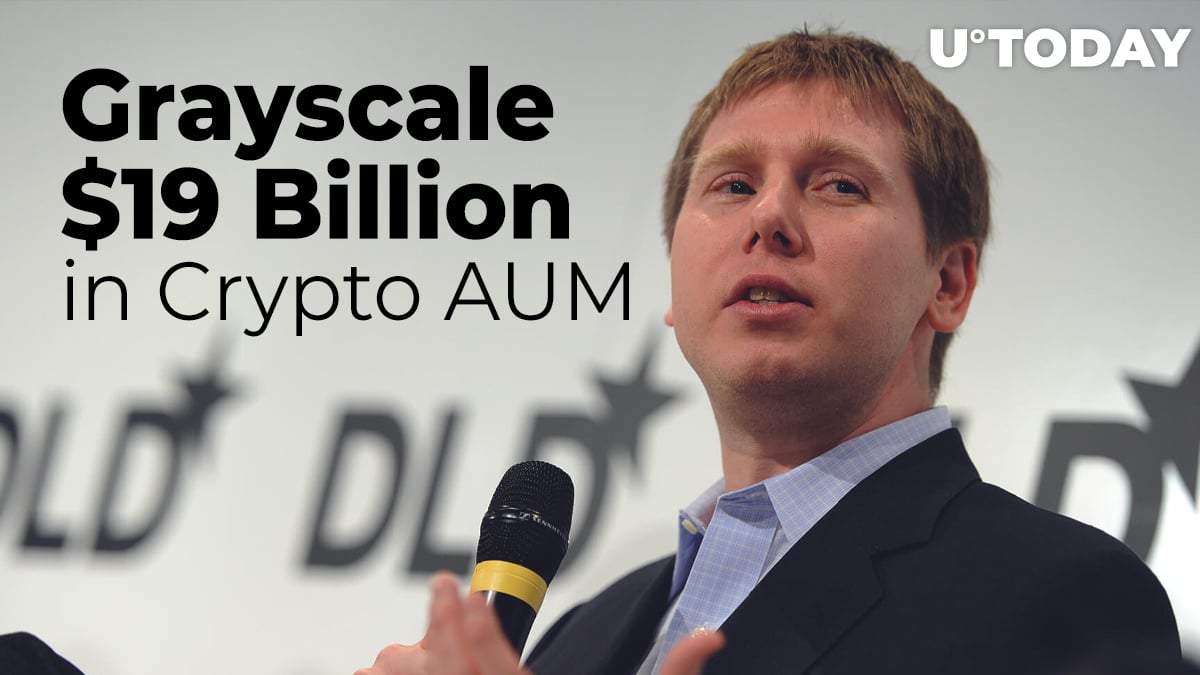 Grayscale Investments founder Barry Silbert has announced on Twitter that the company now holds an astounding amount of crypto: $19 billion worth of coins under its management.

This is almost 3x the amount of crypto held by the company compared to Nov. 1 and shows a substantial increase since Dec. 15.

Grayscale has been actively acquiring Bitcoin, Ethereum and other top cryptocurrencies this year. On Nov. 1, the amount of crypto held by the company and valued in USD totaled $7.6 billion.

By Dec. 15, it had surged to $13 billion, showing almost double growth in a month and a half.

Now, Barry Silbert has taken to Twitter to inform the community that the company holds a mammoth-sized $19 billion worth of crypto.

Curiously, Grayscale has recently suspended onboarding new customers. However, as U.Today reported, this fact only made it clearer that its existing customers want more Bitcoin in the form of Grayscale's GBTC shares.

Realized cap is calculated using not the most recently traded price of an asset, but rather the price of coins at the moment that they were last moved.

Recently, famous Bitcoin critic and gold supporter Peter Schiff slammed Grayscale for bringing back its "Drop Gold" TV ad. He also bashed CNBC for selling ad time to Grayscale and thus being one-sided about Bitcoin by inviting only BTC promoters to its TV shows.

Schiff referred to Grayscale as "the biggest Bitcoin buyer" as long as BTC is rising.

MicroStrategy has been another major company (and a publicly-traded one) that has allocated over a billion USD into Bitcoin this year.

A total of $650 million of that amount was raised deliberately from investors for that purpose.