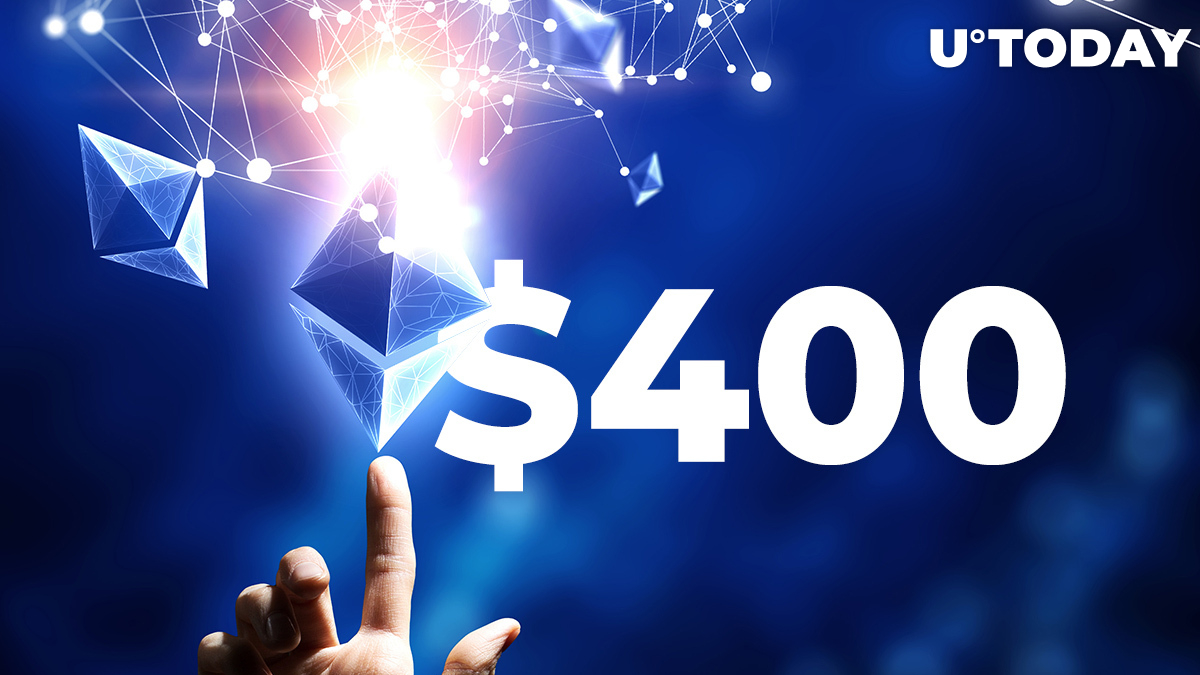 Ethereum has just surpassed the $400 level, according to CoinMarketCap. Data from the same website says that this is yet another time the second biggest currency has exceeded $400 this month.

Some of the previous breakouts took place on August 6, August 14, August 24 and now – August 29. After the first rise above the $400 level, ETH held there for one day. 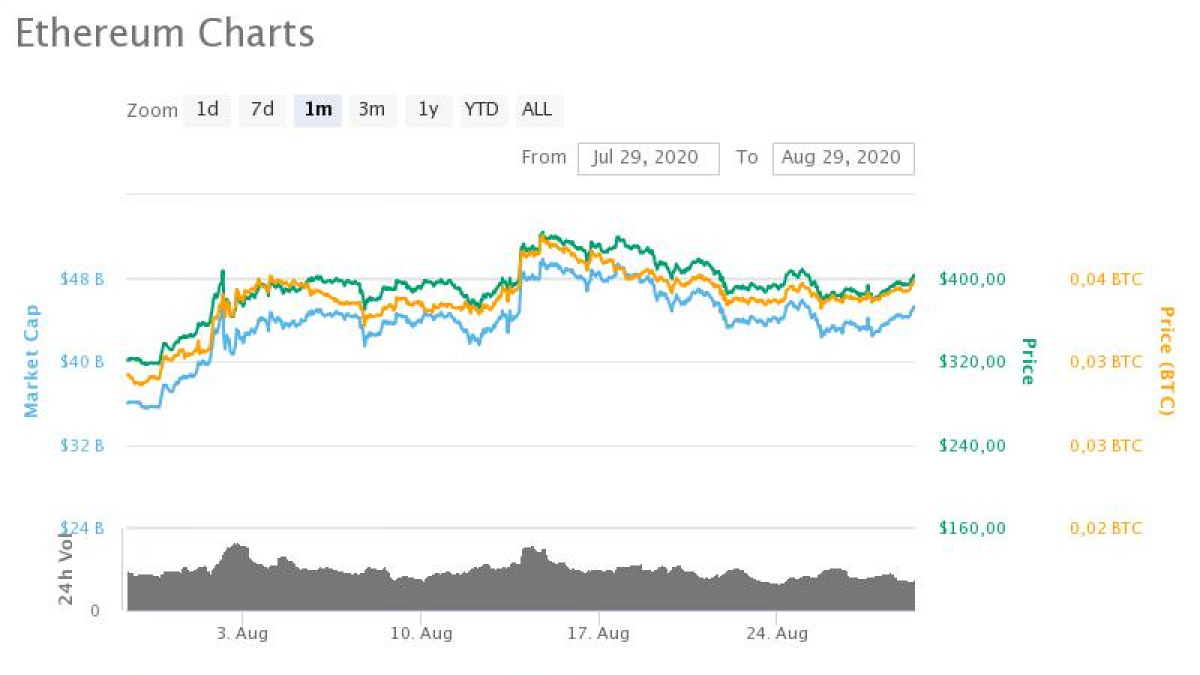 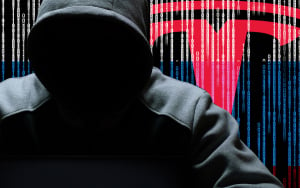 The highest level ETH managed to reach in August has been $444 on August 14. 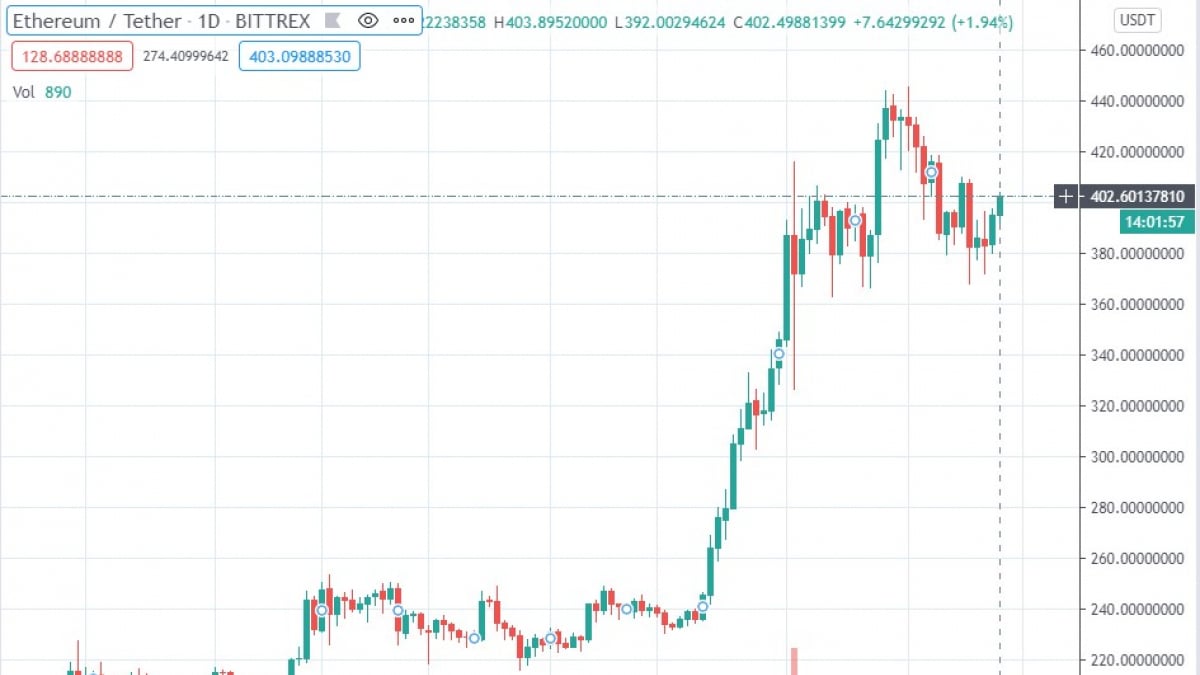