Yuri Molchan
Elon Musk has responded to the recent tweet of Peter Schiff about Bitcoin and Tesla, sending him an eggplant emoji, here’s what it means for the vocal BTC hater 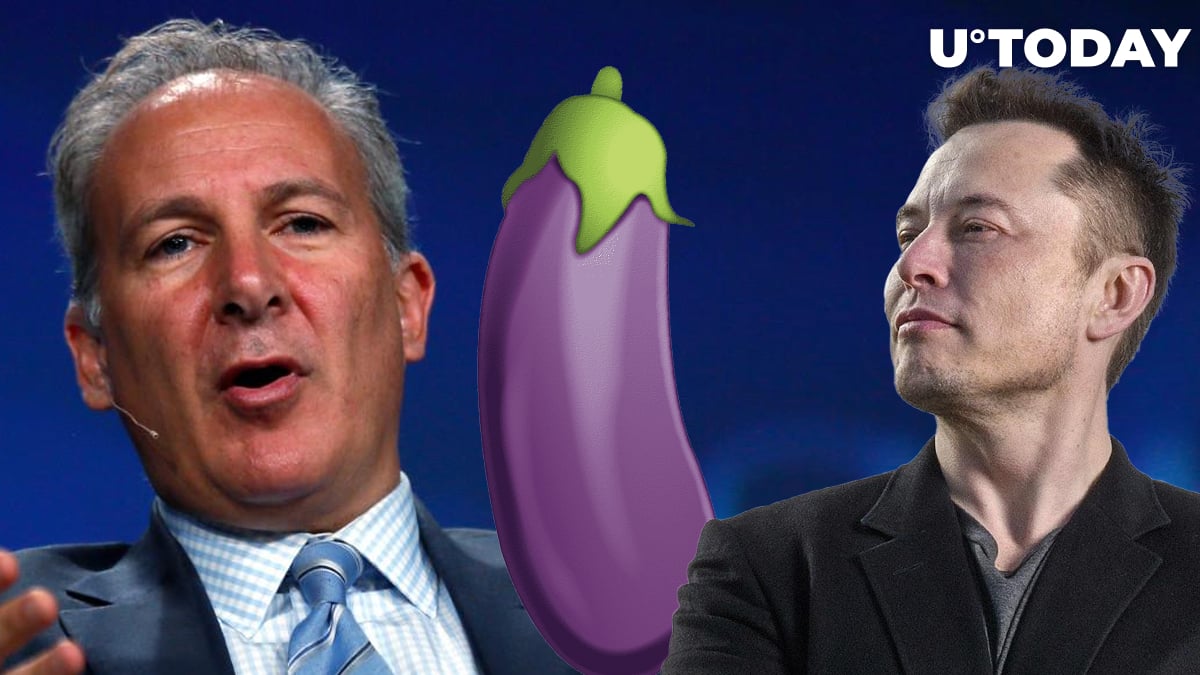 On Monday, vocal Bitcoin hater and gold bug Peter Schiff took to Twitter to share that Tesla has actually been losing its share price after purchasing Bitcoin.

Today, Elon Musk responded to Peter Schiff, using only one emoji for that: an eggplant.

He considered this outcome "Not an example other CEOs will likely follow." 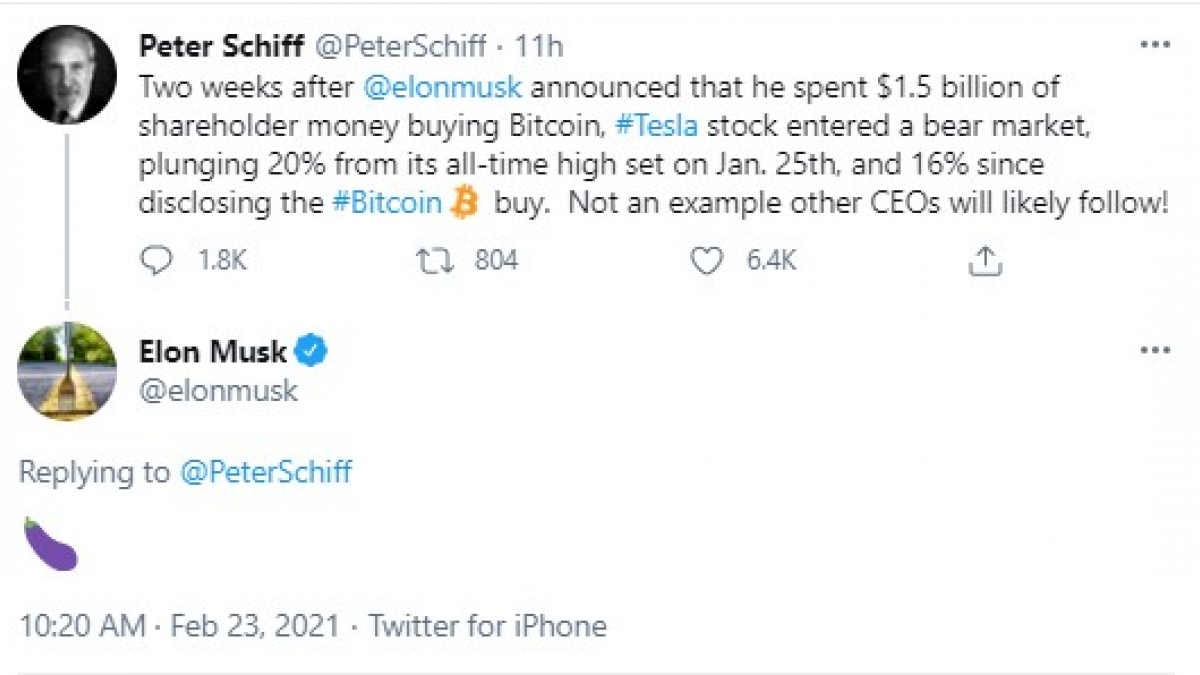 The chief of Binance, Changpeng Zhao, wrote that he had googled the meaning of this emoji and shared a screenshot in the comments.

As reported by U.Today earlier, on Monday Elon Musk tweeted "Dojo 4 Doge." Dojo is the supercomputer being developed by Tesla to train neural networks.

Some redditors believe that Musk mentioned DOGE and Dojo in one tweet because he may want Dogecoin to power Dojo.

Prior to that, Musk suggested in his tweet that DOGE whales should sell their large holdings of this meme-coin that he favors.

"Not the Solution": VanEck's Gabor Gurbacs on a U.S. Senator's Tax and Crypto Regulation Plans
Show all
Ads
Ads
Ads