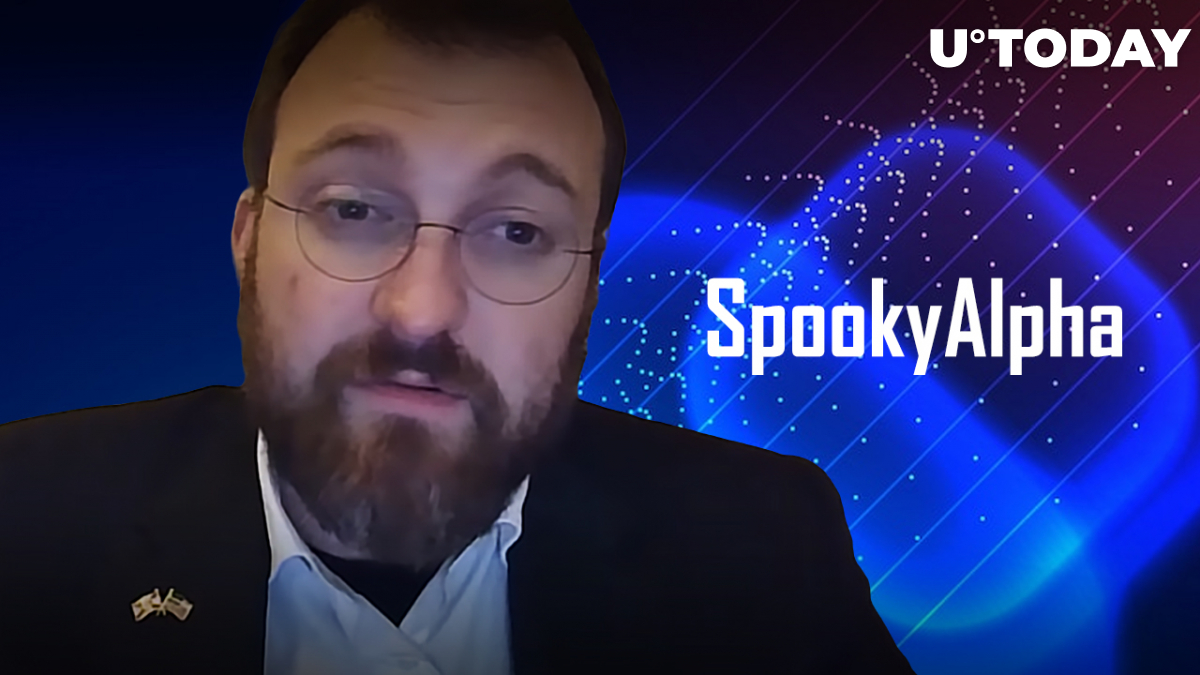 Founder of IOHK and Cardano, Charles Hoskinson, has taken to Twitter to troll critics of Cardano once again, while sharing news of the ADA network transaction volume which has surpassed several major cryptos, including BTC, ETH and DOGE.

He has again mentioned “ghost transactions”.

CTO of Input Output Hong Kong, Romain Pellerin, has tweeted that in 2022 network transaction volume for Cardano has surpassed that of Bitcoin, Ethereum, DOT, ALGO and Dogecoin.

ADA volume of transactions has been up 369 percent this year, while BTC has dropped 15 percent, Ethereum lost 49 percent and Dogecoin is down 79 percent.

Commenting on that, Charles Hoskinson again mentioned “ghost transactions” and “”SpookyAlpha” in particular.

This is thanks to our new ghost generator that has dramatically increased ghost transactions. We call it SpookyAlpha https://t.co/cjO2gLILMd

Hosk strikes back at Solana community

Earlier, Hoskinson posted a tweet mocking the recent network halt. The mainnet outage lasted slightly over four hours. Solana co-founder Anatoly Yakovenko took to Twitter to explain the situation, saying that part of the network considered the block in question invalid, thus the whole Solana network was brought to a temporary halt.

Hoskinson addressed the situation by tweeting a link to a YouTube video for Solana devs about how to fix an old video game.

Later on, Hosk admitted that Cardano has been getting a lot of criticism from both Solana and Terra recently and so he could not stay away from trolling the former. As for Terra, its coins Luna and UST have witnessed a drastic collapse in price recently.

Do Kwon decided to conduct a hardfork, leaving the old coin behind as Luna Classic and giving the name LUNA to a new one.

As for the criticism of Solana co-founders regarding Cardano, on Friday, U.Today reported that Anatoly Yakovenko stated at a podcast recently that Cardano developers are “trying to build a cathedral”, doing it too carefully and too slowly, while they just have to “kiss a frog” and “ship something”.