Denys Serhiichuk
Have bulls accumulated enough energy for a bounceback? 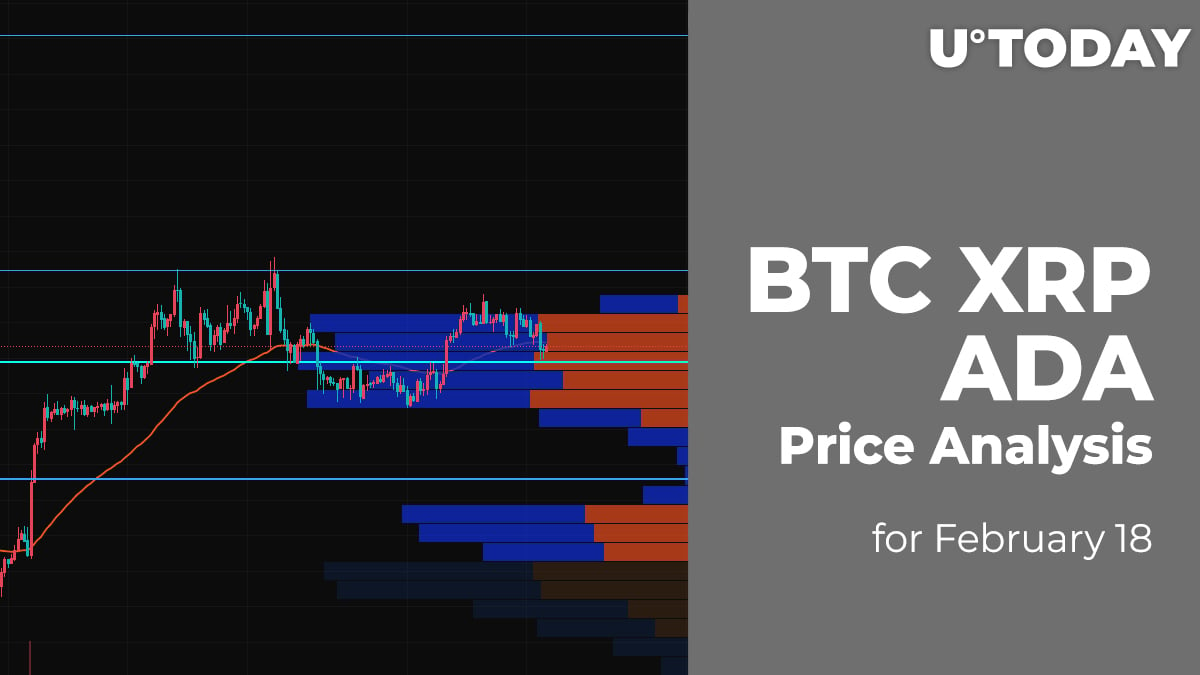 Bears have continued their pressure as all of the top 10 coins remain in the red zone.

Yesterday morning, the two-hour EMA55 failed to hold back the onslaught of the bears, and the price of Bitcoin (BTC) sank below the average level. In the second half of the day, the selling pressure intensified and the pair broke through $42,450. By the end of the day, the rapid decline stopped in the psychological support area of ​​$40,000.

This morning, sales volumes have decreased, and the BTC price has rebounded to the $40,700 area. On such small volumes, one should not count on a significant recovery.

If the bears resume the onslaught again, they can break through the psychological level of $40,000 and roll back the price to the area of ​$​38,500.

Yesterday morning, in the area of ​​average prices, buyers failed to seize the initiative from sellers. The decline in the price of the flagship cryptocurrency caused the XRP/USD pair to fall below the strong support of $0.80. At night, the price of XRP pierced the level of $0.77, at which the fall stopped.

Over the past night, buyers have slightly restored the price, but the volume of purchases is now too small, and it is not yet possible to break through above the level of $0.80. If buyers can form a bullish momentum, the pair will be able to consolidate above the $0.80 level.

If the bearish pressure continues, then the price of XRP may roll back to the support of $0.70.

Cardano (ADA) could not fix above the zone of the most liquidity at $1.064, having confirmed the sellers' power. If buyers cannot seize the initiative within the next few days, there is a high chance to see the continued drop to the support level at $0.917 shortly.