Denys Serhiichuk
Can the coins recover after today's slight decline? 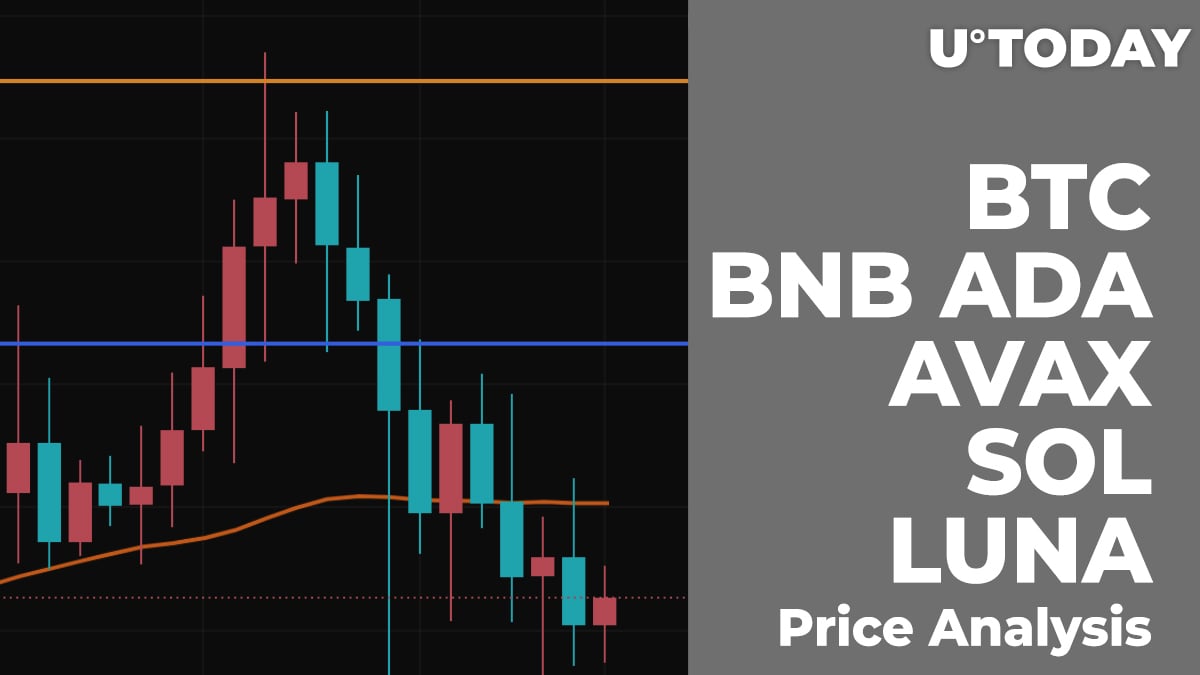 Bulls could not hold the initiative for long as most of the coins have returned to the green zone.

Yesterday, buyers were able to continue weak growth, and tonight, the price of Bitcoin (BTC) came close to $45,000. The bears are holding back growth dynamics, not allowing the pair to recover to the February maximum.

This afternoon, after a slight setback, the bulls can try to continue climbing to the resistance at $46,000.

If sales roll back above average soon, the decline could reach the two-hour EMA55.

The rate of Binance Coin (BNB) has gone down by almost 1% over the last day.

Binance Coin (BNB) has fixed above the vital mark at $400 on the daily chart. If the buying trading volume remains high and the rate does not go below the support level, there is a chance to see continued growth to the area around $450 soon.

Unlike BNB, Cardano (ADA) is neither bullish nor bearish as the rate is located in the middle of the channel between the support at $0.917 and the resistance at $1.209. In this case, one needs to pay close attention to which side is more powerful. If the price comes back to $1.20, there is a possibility to see a bullish trend reversal.

Avalanche (AVAX) is the only gainer from the list today, rising by 4.85%.

Despite the growth, AVAX is still unable to fix above the level of $100 so far. In this regard, sideways trading in the range of $80-$90 is the more likely scenario for the upcoming days, so bulls could get energy for a continued price rise.

Solana (SOL) is not an exception to the rule, going down by more than 3% since yesterday.

SOL is trading similarly to Cardano (ADA) as the coin remains trading in a wide range. Respectively, one should not expect any sharp moves soon.

If the price can bounce back to the $99 mark, there is a chance to see a further slight rise within the nearest days.

LUNA is following the decline of most of other coins, going down by 0.95%.

Despite the fall, the price is closely approaching the resistance level at $61. If the selling volume remains low, buyers might try to break and fix above it to confirm the mid-term bullish trend.