BTC, ETH, XRP Price Analysis — Bitcoin Is Below $11,000. Can the Top Coins Update Their Maximums?

Denys Serhiichuk
The market is fixing its gained positions after a recent bull run. Our price analysis explains what levels to expect in the near future 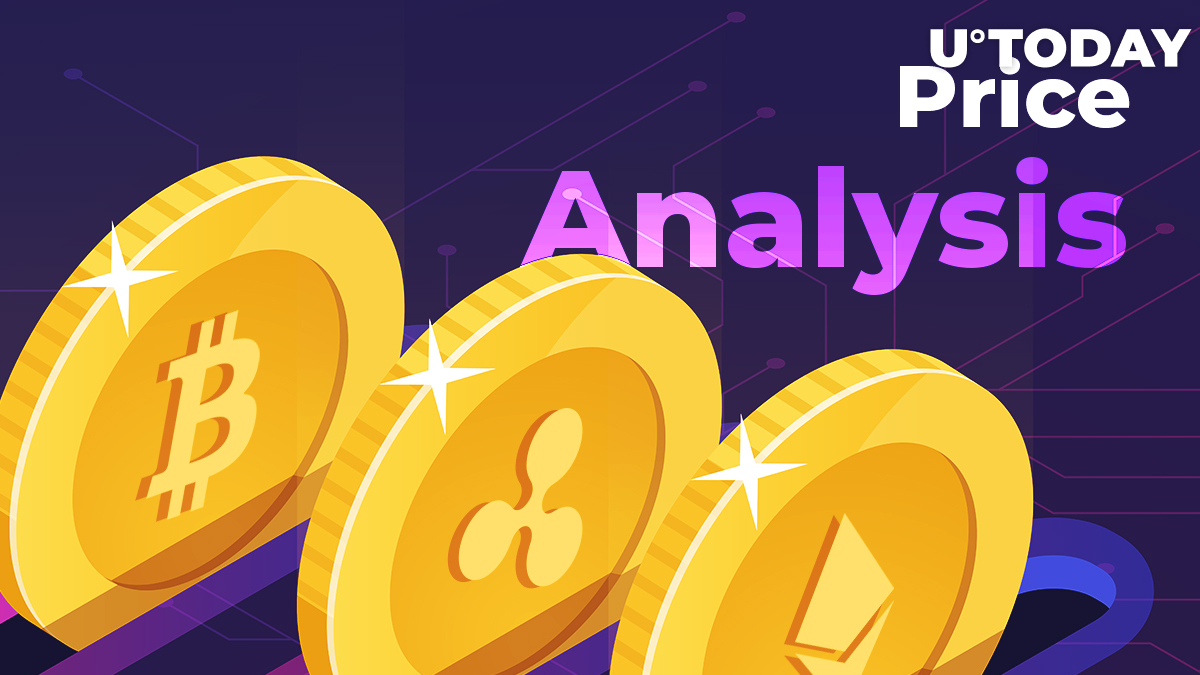 The events of last week may be the last argument in favor of the statement that the bottom levels are in the past. Thus, Bitcoin made an impressive leap up, the culmination of which was Saturday’s capture of the bar, first at $10,000 and then at $11,000. At the same time, at the beginning of the week, the first cryptocurrency was trading at levels just below $9,000.

Bitcoin has set growth as has the rest of the market, the cumulative capitalization of which now exceeds $324 bln.

Among the most popular altcoins, Monero has stood out from the crowd, which has risen in price by more than 18% and is now trading at around $114.5. The same situation may be applied to Ethereum, which managed to overcome the psychological barrier of $300. Also the previous week, Binance Coin rose to record levels against the US dollar, retarding growth in the close approaches to $40, while XRP came closer to $0.50.

If $10,000 is the critical level for Bitcoin, then $300 is the psychological point for Ethereum. Our earlier ETH price prediction came true, and the top altcoin could lift above the $300 mark.

Even the recent news about the upcoming transition to the Proof-of-Stake (PoS) consensus mechanism could not stop the price from falling.

On the hourly chart, Ethereum is facing a slight rollback after a bull run since June 20. The correction may continue until the quotes reach $290, as the asset needs to fill this gap before the price goes higher. The MACD indicator supports such a scenario, located in the descending channel.

Ripple followed the scenario outlined in our recent forecast, as the $0.46 mark was reached. Even though the price of XRP is falling now by around 2%, it has shown an enormous 13% growth over the last 7 days.

XRP is looking much stronger than Ethereum or Bitcoin on the 1-hour chart. After breaking the level of $0.40, Ripple quickly achieved $0.45 and could even surpass this mark. According to the technical indicators, the uptrend continues until the rate reaches $0.50, which may happen until the end of June. The lines of RSI are looking downwards, suggesting that the asset is located closer to the oversold area rather than to the overbought one.