Ethereum Price Vying to Hit $300 While Outperforming Other Major Altcoins

Alex Dovbnya
Ethereum finally shines after a long string of disappointments, but will this rally have legs? 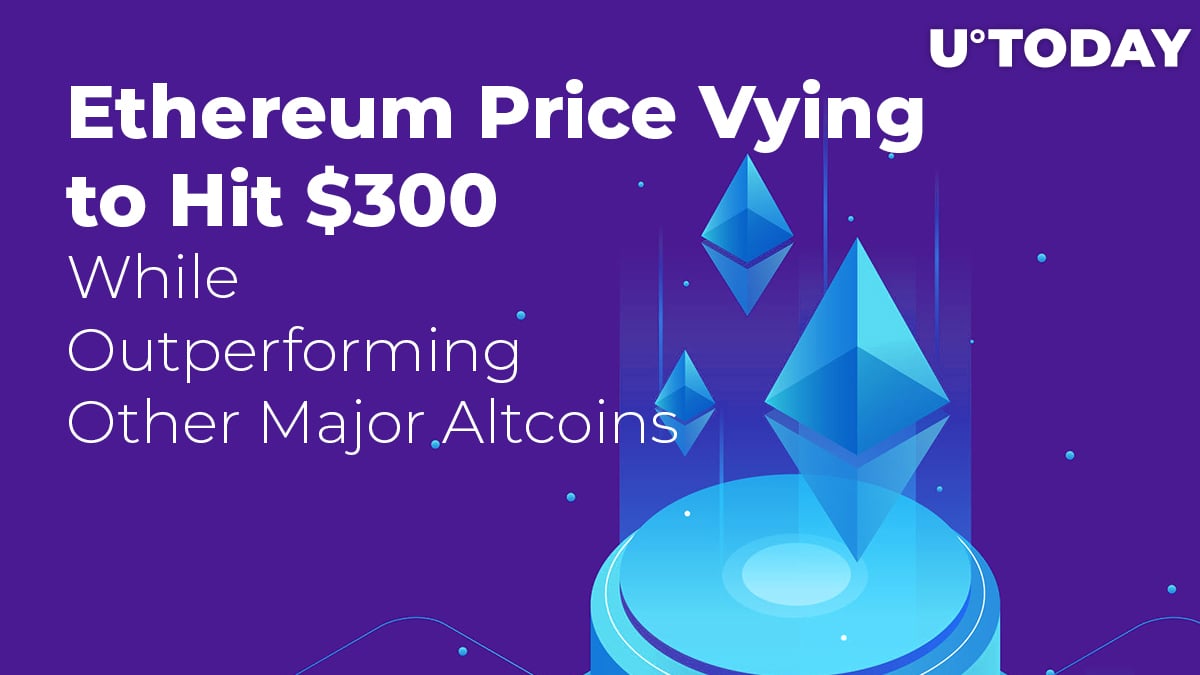 Ethereum, the number one altcoin, is currently on track to hit $300 after a very prolific day. Over the past 24 hours, Vitalik Buterin’s creation recorded almost a 7 percent price increase, according to CoinMarketCap data.

The main altcoin on the block

At the time of writing, the ETH price is sitting at $286.65. This is its highest price since September 2018, when Ethereum got caught in a death spiral. During December 2018, which is widely regarded as the bear market bottom, the coin plunged into the double-digit territory.

Leaving bad things behind, Ethereum is now heading for $300 after recording bigger gains than other major altcoins on June 21. It even outperformed Bitcoin, which is on the verge of printing the $10,000 price tag.

Ethereum’s current price action is far from those predictions that were voiced by cryptocurrency traders just two weeks ago. One expert claimed that only a miracle would save ETH from dipping below $200.

Related
Tron’s Total Number of Transactions on Par with Ethereum

Meanwhile, asset management company Grayscale has officially launched its Ethereum Trust (ETHE), which allows retail investors to buy Bitcoin in the form of the company’s shares. As reported by U.Today, it was recently approved by FINRA.

We are pleased to share that trading has commenced for our 3rd publicly-quoted product, Grayscale $ETH Trust, symbol ETHE https://t.co/2eYuLvWGy0

FYI: the makers of $GBTC announcing that the Grayscale Ethereum Trust is now open to trade on the OTC markets under the symbol $ETHE.. pic.twitter.com/Y6jUL28R1P