Ripple’s XRP Is on the Cusp of Major Breakout

Alex Dovbnya
⚡?XRP has so far shown a rather underwhelming performance in 2019, but the upcoming weeks look very promising?? 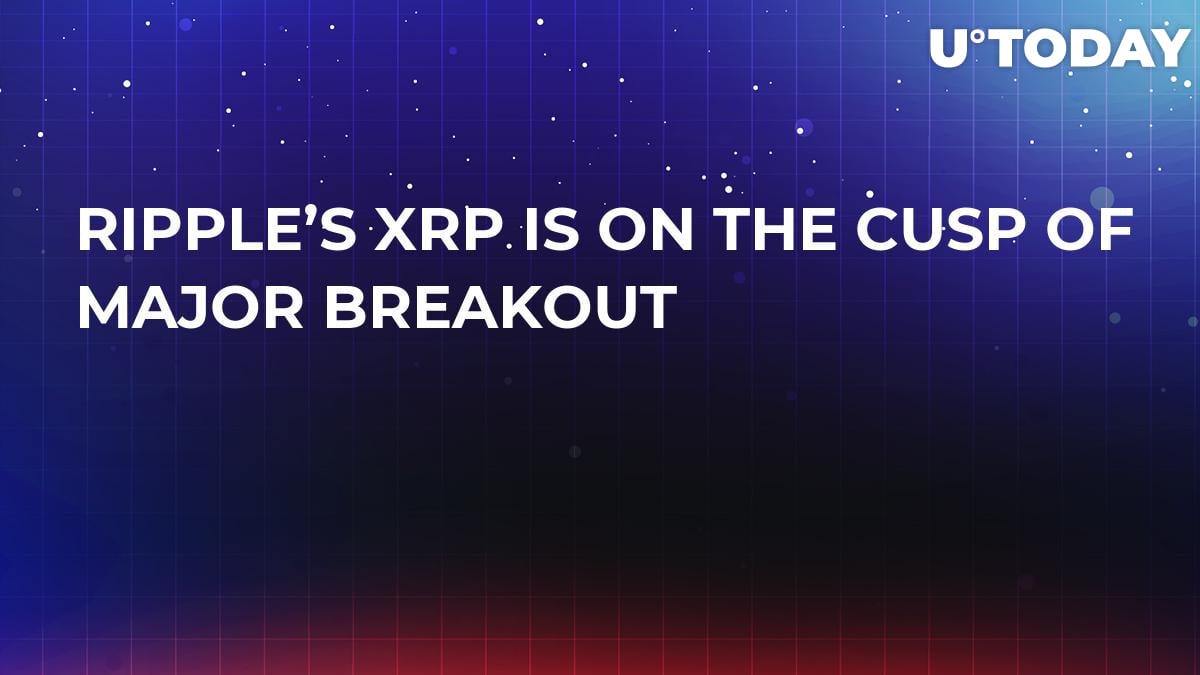 The XRP price is currently sitting at $0.43, and the $0.45 resistance level seems very hard to surpass.

Another rally is just around the corner

As reported by U.Today, XRP got a major boost after it was announced that it would be used by MoneyGram for conducting cross-border payments.

Ripple acquired 10 percent of the MoneyGram, making its shares spike by an eye-popping 150 percent.

After the MoneyGram hype died down, XRP experienced a slight setback, but another price surge seems imminent.

The traders are about to witness a major breakout confirmation in the form of a golden cross. Once XRP forms this bullish pattern, the sky's the limit – it could go as high as $3.30, thus retesting its current ATH.

Related
Ripple Price Prediction — Have Bears Forgot About XRP or Why It Keeps Rising?

The analyst also points out that XRP’s future breakout could be accelerated by another upward move on Bitcoin’s side.

The number one cryptocurrency has recently reached $9,400 for the first time in more than 13 months, and it is currently vying to reach $9,500, another major support level before hitting $10,000.