Yuri Molchan
??Bitcoin reaches a new year-to-date high over the weekend, ahead of all the details about GlobalCoin’s launch promised to be revealed by Facebook later this week?? 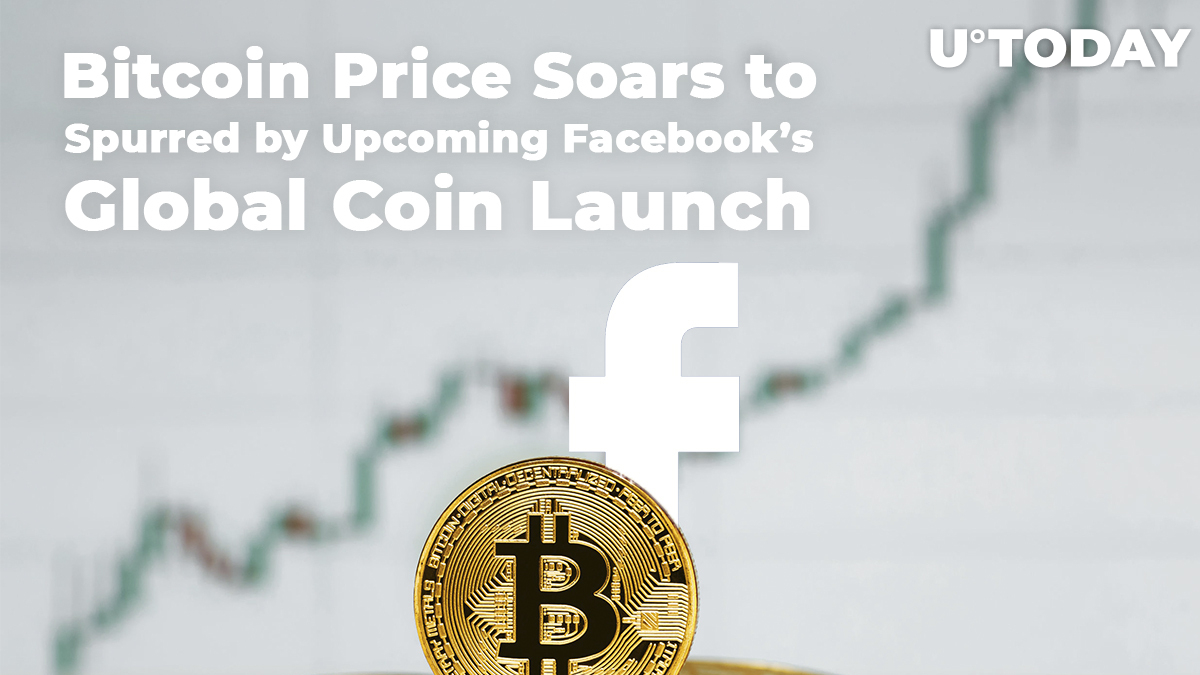 Over several recent months, Bitcoin’s price has been rising in a bullish rally. Over the weekend, it reached a new year-to-date high, having got over the psychological mark of $9,000 and is currently heading towards $10,000.

Over the weekend, the BTC quotes rose to reach over $9,380 at the Bitstamp exchange based in Luxembourg, showing an over 7-percent growth. At press time, Bitcoin has gone down a little and is trading at $9,153 as per CoinMarketCap.

Another cryptocurrency from the top ten that saw tremendous growth last week was Litecoin (LTC) – up over 20 percent. Investors have been putting money into it ahead of the much-expected LTC halving in August this year, when the miners’ reward for each verified block with be cut by half.

Forbes believes that the LTC price growth might have been one of the reasons that spurred the rise of BTC.

The overall BTC market sentiment has been given a major boost by the anticipated launch of Facebook’s cryptocurrency – GlobalCoin. As per Forbes, the social media giant promises to share all the details about the approaching event on Tuesday this week.

Recently, U.Today reported that Mark Zuckerberg has managed to find major investors for his stablecoin, among which are Uber, Visa and Spotify.

Will GlobalCoin boost any other crypto?

Economist and trader Alex Krüger has set up a poll on Twitter, asking the community which coin would benefit the most from GlobalCoin’s launch.

The million dollar question for this coming week: which token, if any, may benefit directly from Facebook's GlobalCoin.

Opinions split with some believing it will be XRP, some naming Bitcoin or EOS and some saying ‘none’.