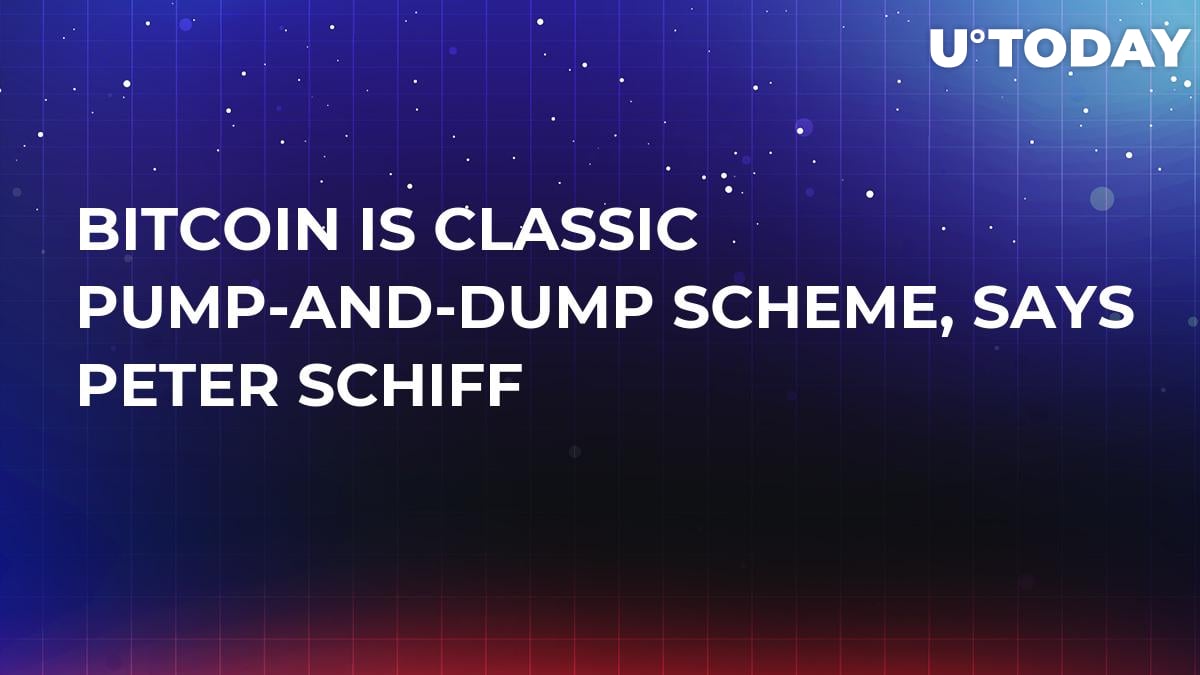 Euro Pacific Capital CEO Peter Schiff has come up with a new insult for Bitcoin, calling it "a classic pump-and-dump scheme."

Bitcoin spiked by 40% in less than 24 hours. Then in the ensuing 4 weeks Bitcoin steadily lost 100% of those gains. This is a classic pump and dump. Run the price up to sucker in momentum buyers. Then sell into that demand. When will #Bitcoin buyers wake up? You're being played.

Schiff continues to assert that Bitcoin's 40 percent pump on Oct. 25 was the result of price manipulations. The fact that Bitcoin's has completely trimmed these gains in just four weeks definitely flies in the face of bulls.

The gold bug explains that the pump was meant "to sucker in" momentum buyers to dump their bags later. This is supposed to be a wake-up call for all buyers.

Earlier, Schiff lambasted Bitcoin holders for not being able to see through the shenanigans of whales who are selling their coins on the verge of a major price.

Other bears are waking up

Mark Dow, the trader who famously shorted Bitcoin at its current all-time high, recently resurfaced on Twitter with a succinct "Bitcoin is dying" tweet, which came in handy right on the verge of Bitcoin's drop to the $7,500 level.

While some bulls might be tempted to dismiss Bitcoin price moves recorded on the lower time-frames as "noise," the long-term picture is also gloomy. As reported by U.Today, crypto market analyst Willy Woo opined that Bitcoin might not replicate the success of previous halvening cycles due to its unusual bearishness.