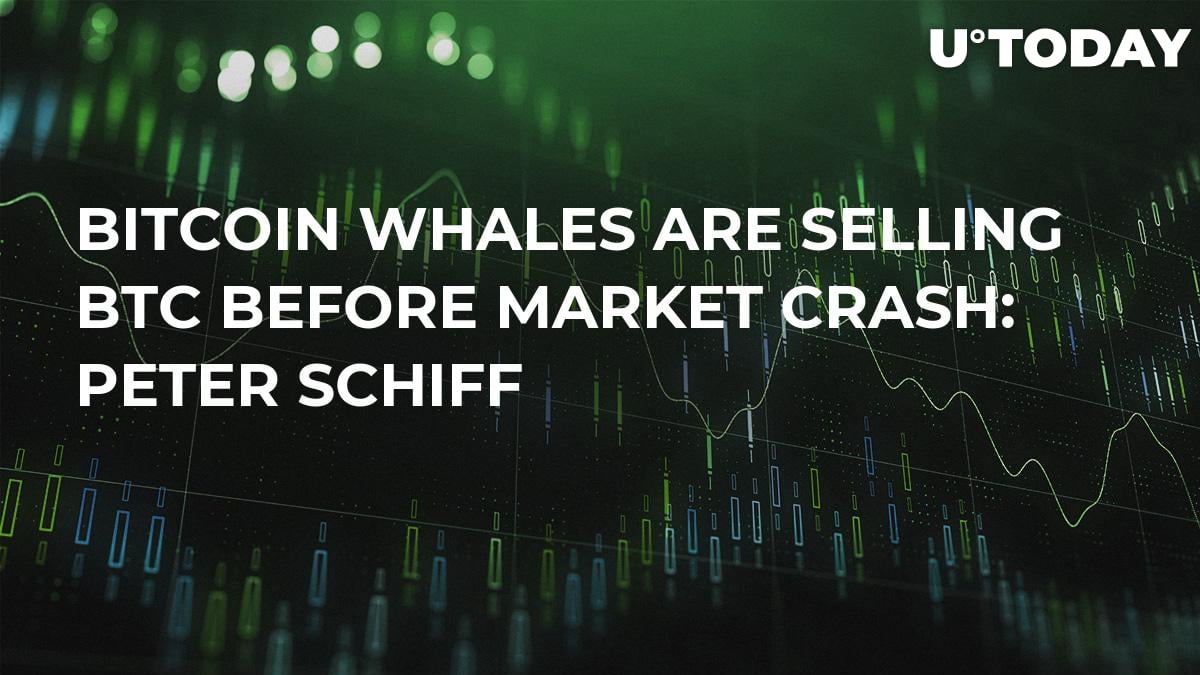 The world-famous gold proponent continues to insist that the crypto market is being manipulated by deep-pocketed whales.


Related
Bitcoin Whales Started Accumulating More. Is FOMO About to Kick In?
In his latest tweet, Schiff states that large Bitcoin holders want to protect themselves from the upcoming market crash by selling their BTC and using delusional holders to cash in.

Bitcoin hodlers won't sell as they believe they'll get rich when #Bitcoin moons. Bitcoin whales get rich by selling now to realize their paper gains before a market crash wipes them out. The whales must make sure the hodlers don't lose faith and cash out so that they can cash in!

After numerous pundits tried to wrap their heads around the recent market rally, Schiff took to Twitter to share his own take on Oct. 28. He believes that this Bitcoin turnaround had nothing to do with China and everything to do with whales "suckering in" gullible buyers.

Bitcoin’s recent sharp rally likely had nothing to do with China, or any fundamental factor. It clearly looks like market manipulation by whales looking to sucker in momentum buyers. By pumping up a technically weak market, they are able to dump more #Bitcoin at higher prices.

card
Schiff rose to stardom by accurately foreseeing the financial market crisis in 2008, but Bitcoin price predictions might not be his thing.

As reported by U.Today, he claimed that the BTC price could plunge to as low as $2,000 on Oct. 20, less than a week before Bitcoin recorded its third biggest daily gain in history.

His $4,000 prediction, which was made right after Bitcoin's precipitous plunge to the $8,000 level, also never came to fruition.