Denys Serhiichuk
Which cryptocurrencies have returned to mid-term growth? 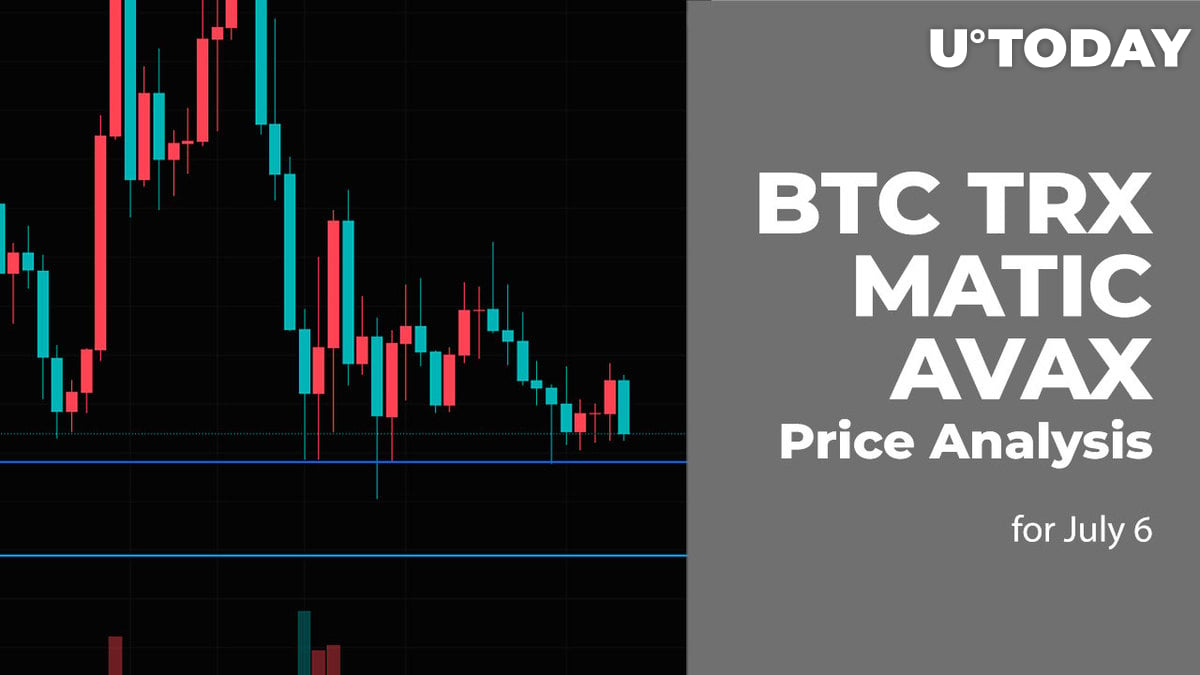 After a slight correction yesterday, all of the top 10 coins have recovered their lost positions.

Despite today's growth, Bitcoin (BTC) may not have accumulated enough power for continued growth, as the volume has reduced. From another point of view, the main cryptocurrency remains bullish until its price is above the vital $20,000 mark. If the situation does not change by the end of the day, one can expect a test of the $21,000 zone shortly.

TRX has grown the least today, rising by 0.80% over the last day.

TRX is looking much weaker than most of the other coins as the altcoin could not rise after yesterday's bullish candle. If buyers lose $0.067, there is a high possbility to see a further decline to the $0.065 zone by mid-July.

MATIC is trading in the middle of the wide channel between the support at $0.418 and the resistance at $0.631. The volume has increased, which means that the coin is gaining energy for a further sharp move. Until the price is above $0.50, one can expect more upward move rather than a fall.

Avalanche (AVAX) is the biggest gainer today, rocketing by almost 9%.

From the mid-term point of view, AVAX is trading sideways, which is confirmed by a relatively low volume. At the moment, one should pay attention to the crucial $20 mark, the breakout of which may lead to the test of the resistance level at $21.35. However, if a fall below $16 occurs, the growth scenario might be canceled.