Valeria Blokhina
What’s going on in the crypto industry? Read U.Today’s news digest to find out! 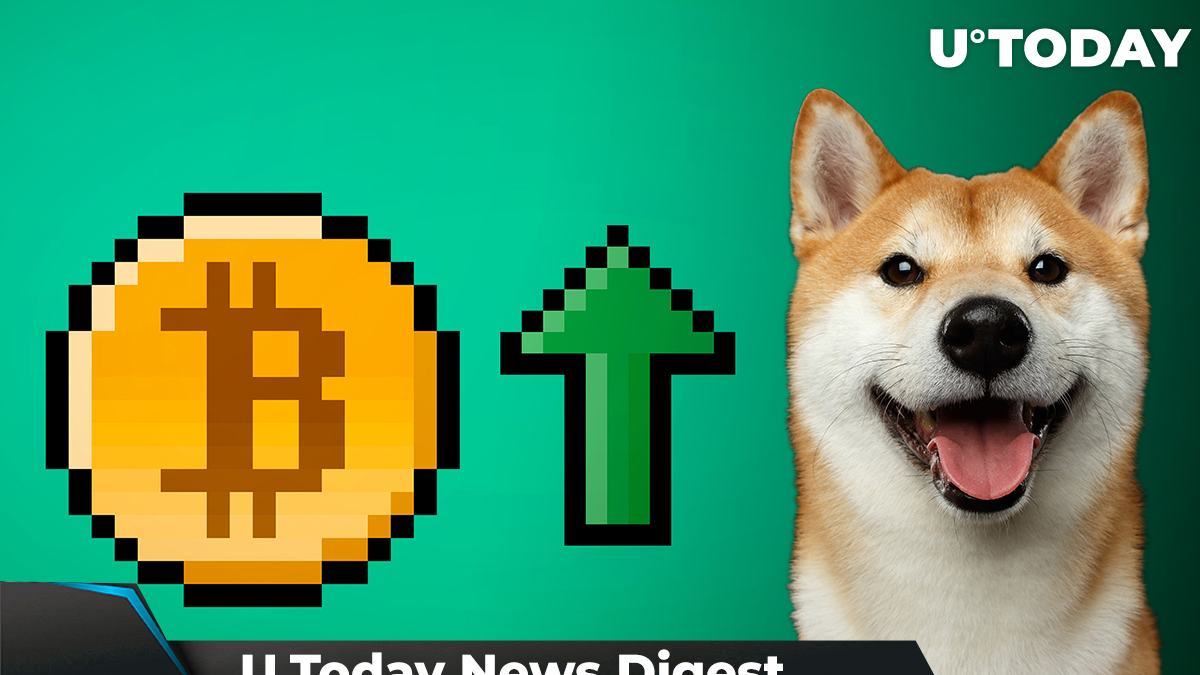 Here are the top five news stories presented to you by U.Today. Stay tuned to keep up on everything crypto!

After adding support for Bitcoin, Ether, Litecoin, Dogecoin and several other altcoins in early October, popular investing platform Public.com has announced that it listed the meme cryptocurrency, Shiba Inu. The New York-based online brokerage has a $1.2 billion valuation and is now competing with such exchanges as Robinhood and WeBull.

Earlier this month, Shiba Inu was also listed on the oldest crypto exchanges in India and Turkey.

99.7% of all Bitcoin holders are in profit

According to Glassnode, the recent spike of Bitcoin’s price resulted in almost 100% of all BTC traders and investors being in profit. The same value was previously reached back in April-May when Bitcoin reached $64,899, which is no longer the ATH: yesterday, the flagship cryptocurrency managed to hit the $66,000 level on the Bitstamp exchange.

The main fuel for the surge is believed to be the start of Bitcoin futures ETF trading, but JPMorgan strategists suggested another reason: they say that the most likely reason for the massive Bitcoin rise to a new all-time high has been inflation.

The UAE has been one of the leading markets for Ripple. According to the company’s official announcement, it established a partnership with Dubai-based Al Ansari Exchange, one of the "longest-standing" exchanges in the MENA region. From now on, Al Ansari Exchange will use RippleNet Cloud to connect with leading fintech startup MoneyMatch. Thanks to this solution, Malaysian workers that reside in the UAE will be able to send near-instant payments back home.

Pro-Bitcoin billionaire Peter Thiel claimed that the world’s biggest cryptocurrency revisiting $60,000 was an “extremely hopeful sign.” According to the prominent venture capitalist, Bitcoin is “the most honest” market. Then he went on to compare the Bitcoin rally with “the canary in the coal mine,” which indicates that the “decrepit” regime is about to implode.

Yesterday, e-car manufacturing company Tesla released its Q3, 2021, earnings report. The company managed to achieve its best-ever net income of $2.093 billion. However, during the third quarter, Elon Musk’s company took an impairment charge of $51 million on its Bitcoin holdings. Tesla also reported that it neither sold nor bought more coins in Q3.

Later on Wednesday, Bitcoin surged to a new all-time high of $67,016, which made the impairments reported earlier irrelevant.