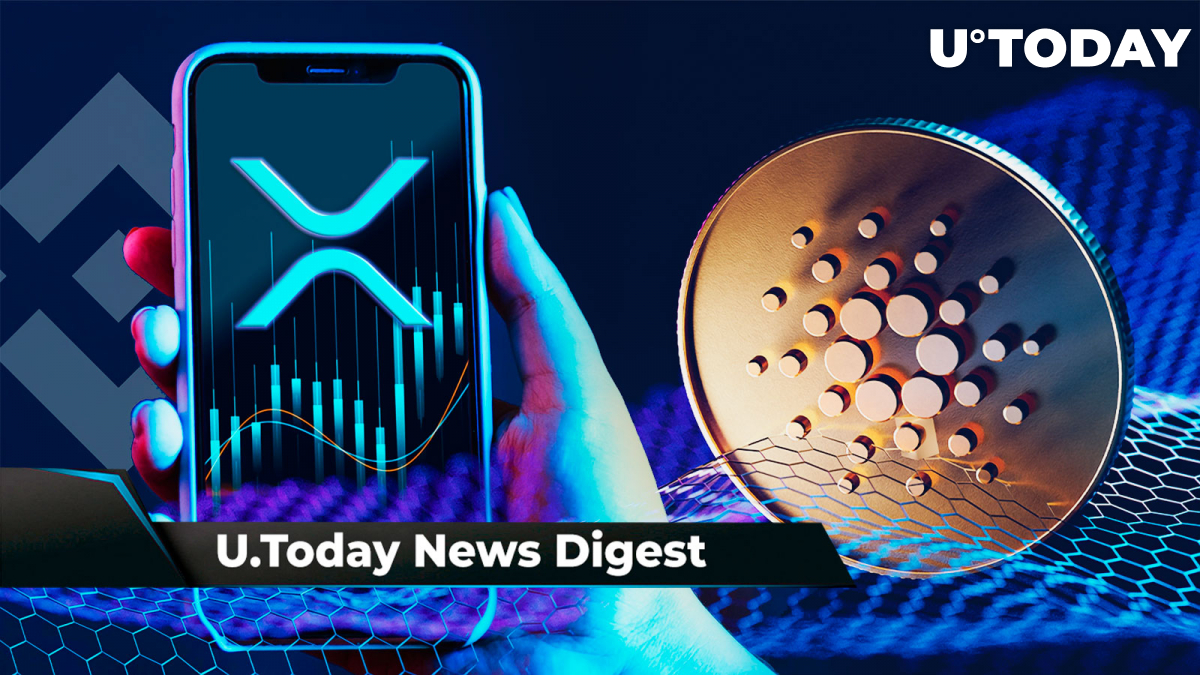 On Monday, July 18, XRP managed to climb up to the sixth spot by market capitalization on CoinMarketCap, reaching $17.63 billion. This is an impressive milestone for the Ripple-affiliated token as it surpassed not only Binance USD but also its competitors Cardano, Solana and Dogecoin. XRP owes its taking the sixth spot to a more than 20% weekly increase in the token's price, 8% of which came from the current bullish momentum. The triggers for XRP price growth include Jed McCaleb's wallet emptying, the Ripple-SEC lawsuit gaining momentum and XRPL rapid development. In addition to this, XRP simply had nowhere else to fall. After the last capitulation in early June, XRP went into a long accumulation phase. With no reason to fall further, it rapidly surged upward as the overall crypto market rose.

Researchers at finder.com recently conducted a poll, asking 53 fintech specialists to forecast the future price of Cardano (ADA). The results showed that the survey’s participants expect Cardano to end the year at $0.63. The panel was mostly bearish on Cardano in the short term, but predictions for those polled were divided. Matt Lobel, the creator of PLAYN, predicts that ADA might increase to $1.50 by the end of 2022, and Morpher CEO Martin Froehler agrees, adding, "slow and steady wins the race." However, Charles Silver of Permission.io is doubtful of ADA’s future utility. He estimates its value at $0.20, far below its present price of $0.49.

As reported by Money Control, the Reserve Bank of India (RBI) is planning to implement a cryptocurrency ban. However, according to Finance Minister Nirmala Sitharaman, in order to make such a ban efficient, the RBI would need global support. Due to the global nature of cryptocurrencies, it is important to avoid regulatory arbitrage. The Indian government has been struggling with cryptocurrency regulation for years, and it is yet to introduce a consultation paper that would bring clarity to the table. India’s long-anticipated crypto law was meant to be completed by May, but the industry is still in the dark. Meanwhile, some of the top Indian cryptocurrency companies are requesting more regulatory clarity.

Opting for a stake in the company instead of XRP was "probably" a "pretty big" mistake, wrote Ripple CTO David Schwartz in his recent tweet. While Ripple founders Arthur Britto, Jed McCaleb and Chris Larsen together received 20 billion XRP, Schwartz took a 2% stake in the company instead of the token. The architect of XRP Ledger claims that he could have received around 500 million tokens. He also explained that there was no point in getting XRP from Ripple because he could simply buy the token on exchanges himself. At the moment of writing, XRP is changing hands at $0.36, down 89.27% from its record peak that was recorded back in early 2018.