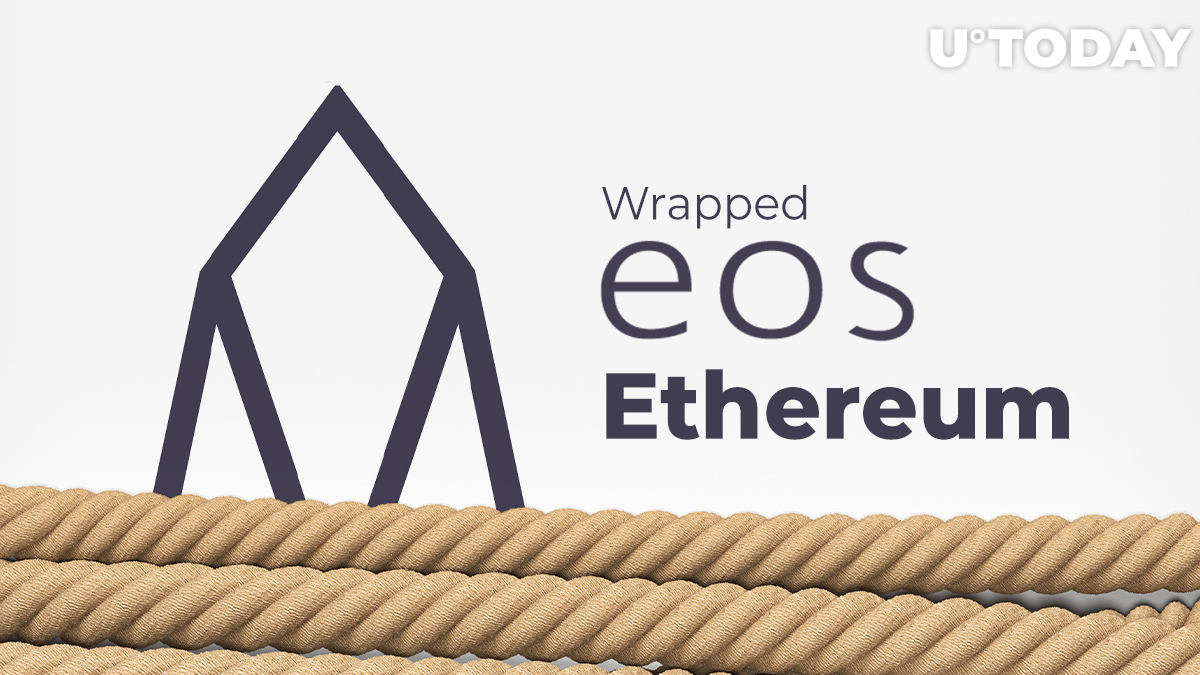 pNetworks, a startup that addresses the sphere of cross-chain interoperability in decentralized financial protocols (DeFi), announces the launch of an Ethereum-based token pegged to Eos (EOS), the core asset of the EOS.IO-based programmatic blockchain.

According to the official announcement by the pNetwok team, it has launched pEos token on top of the Ethereum (ETH) blockchain. Thus, Eos (EOS) and Ethereum (ETH) now have one more bridge to interact natively.

With the new integration, EOS tokens can be natively utilized on Ethereum-based decentralized applications. In addition, with pNetwork's minting mechanisms, they can be seamlessly integrated into Ethereum's DeFis and DEXs.

Related
Block.one Very Interested in Investing in EOS DeFi and Actively On the Lookout: Brendan Blumer

As covered previously by U.Today, the pNetworks team has already successfully launched Bitcoin- and Ethereum-pegged tokens pBTC and pETH on the Eos (EOS) blockchain.

The first experiments with EOS-Ethereum cross-chain bridges took place in 2019. As U.Today previously reported, LiquidLink released an instrument of integration between the two blockchains.

Despite growing Ethereum (ETH) supremacy in the dApps segment, more and more teams are focused on interoperability solutions. For instance, Neo-based DeFi ecosystem Flamingo included corresponding features in its next release.