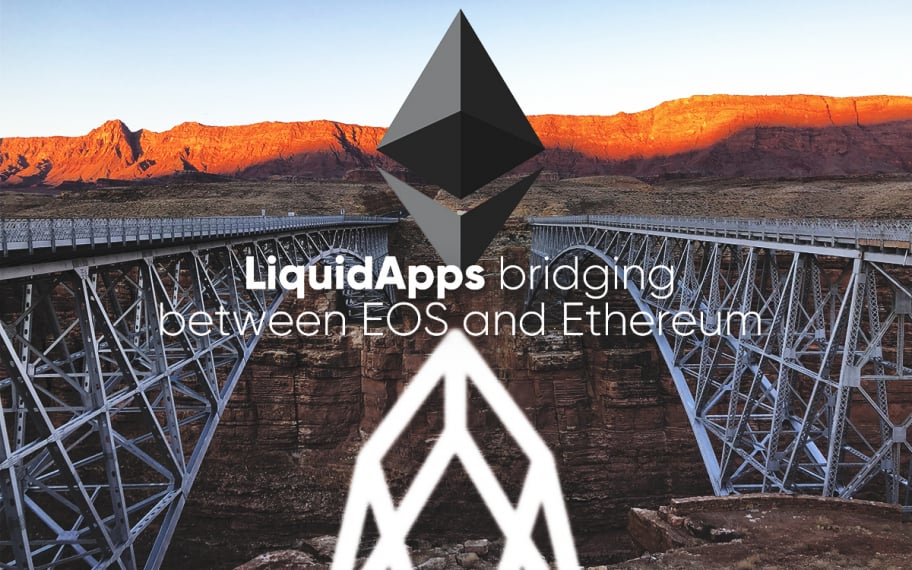 The blockchain start-up LiquidApps has successfully launched a proof of concept that enables decentralized applications (dApps) to operate on EOS and Ethereum simultaneously. Cross-chain interoperability has become something of a holy grail for blockchain developers, as crypto users have grown frustrated at the siloed design of major chains such as Bitcoin and Ethereum, which thwarts the seamless exchange of assets.

Despite both comprising so-called “second-generation” blockchains that support an ecosystem of dApps, EOS and Ethereum’s architecture is radically different. Previous attempts at uniting the two chains, as developed by projects such as Cosmos and Polkadot, has necessitated the introduction of a bridging blockchain component. LiquidLink obviates this all together by utilizing a second-layer solution.

“Ethereum, welcome to the #DAPPNetwork,” declared LiquidApps in a jubilant tweet. “Allow us to introduce you to #EOS. You two can communicate now – and maybe help each other scale.”

Building a bridge without blocks

LiquidLink connects the smart contract functions on EOS and Ethereum respectively, enabling developers to easily create dApps and then to deploy them on both networks, with the ability to easily configure settings for each as desired. Previously, deploying dApps on EOS and Ethereum has necessitated separate projects, akin to releasing an app for iOS and Android, to accommodate the idiosyncrasies and technical specifications of each one. As a result, developers have tended to select one blockchain at the expense of the other and to channel all their efforts there.

The trade-offs between different blockchain networks have included choosing speed and scalability over decentralization or vice-versa. LiquidApps’ dApp Network reduces the impact of these trade-offs thanks to a series of dApp Service Providers (DSPs). Developers are free to select as many DSPs as they desire, with a higher number equating to higher decentralization, albeit with a commensurate increase in costs. Thanks to the company’s breakthrough in uniting the world’s leading smart contract blockchains, users of Liquid’s dApp Network will soon be able to launch applications on Ethereum as well as on EOS.

Scaling to serve the next 100 million users

It was long been acknowledged that for blockchain networks to fulfill their promise to provide financial inclusion and open access on a global scale, they need to be capable of serving tens of thousands of transactions a second. In the future, tens of millions and ultimately hundreds of millions of users are predicted to connect to web3 platforms and applications, powered by decentralized crypto networks.

For users to switch to crypto-powered web3 applications, there needs to be greater incentives in place than simply greater privacy and sovereignty over personal data. Providing a level of service that matches the one users are accustomed to on the centralized web will be integral in convincing the masses to switch. Scaling solutions of the sort pioneered by LiquidLink play a small yet vital step in helping blockchain networks to scale and to power the next generation of dApps spanning multiple chains, use cases and verticals.