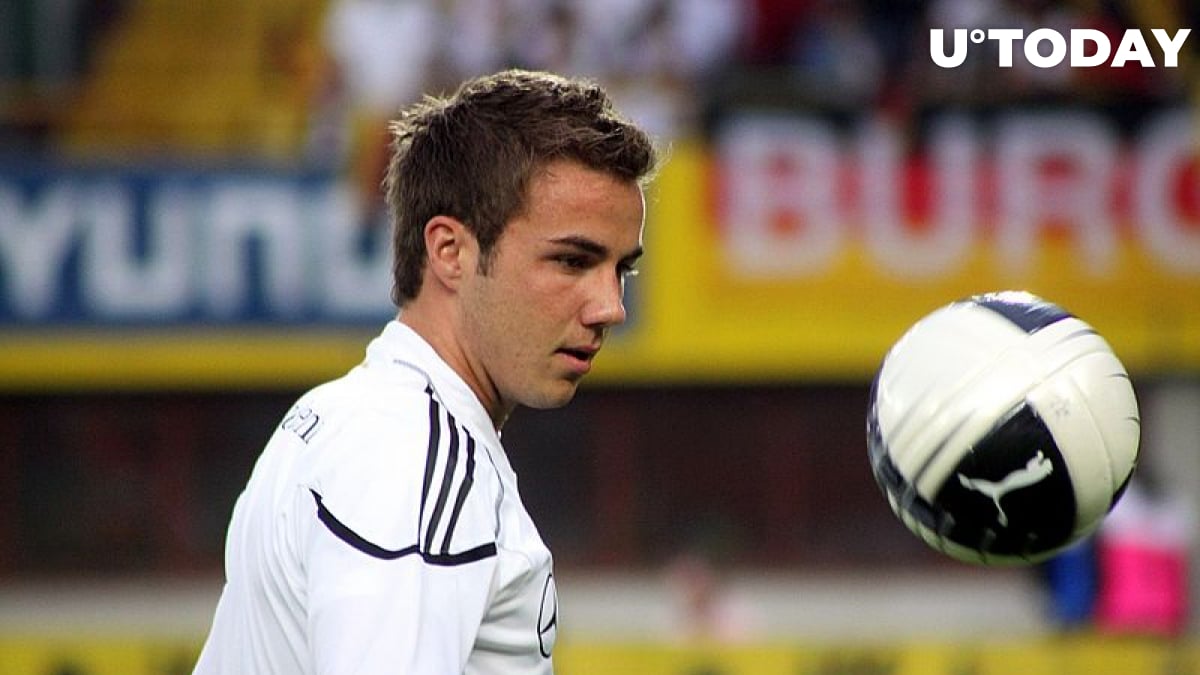 German star footballer Mario Gotze has made small steps to join the ever-growing cryptocurrency community by changing his Twitter profile picture to that of an NFT from the Smolverse collection.

Gotze appeared in the international spotlight in 2014 after miraculously scoring the World Cup-winning goal during the extra time for the German team. Former German chancellor Angela Merkel personally congratulated Gotze and the rest of the team after the match. The Bavaria native immediately became a national hero at the age of 22, with people calling him “the German Messi.” In December 2014, Gotze’s left boot, with which he scored the historic goal, was sold for 2 million euros.

In an unfortunate twist of fate, things went downhill for Gotze after the World Cup, with his persona becoming a magnet for criticism. In 2017, he fell victim to a debilitating metabolic disorder that posed a threat to his career. After parting ways with Dortmund in 2020 after failing to renew his contract. During the same year, he joined crypto-friendly club PSV Eindhoven.

Related
MoneyGram Acquires Stake in Ripple-Invested Cryptocurrency Cash Exchange
The football (soccer) industry is no stranger to crypto. Spanish footballer Andres Iniesta recently ruffled the feathers of Spanish regulator CNMV after promoting Binance, the world’s largest cryptocurrency exchange, without disclosing the fact that he got paid by the company.