Darryn Pollock
It has been a while since the cryptocurrency market has seen a prolonged period of green with Ethereum, Cardano, Ripple, IOTA and NEM all shining this past week 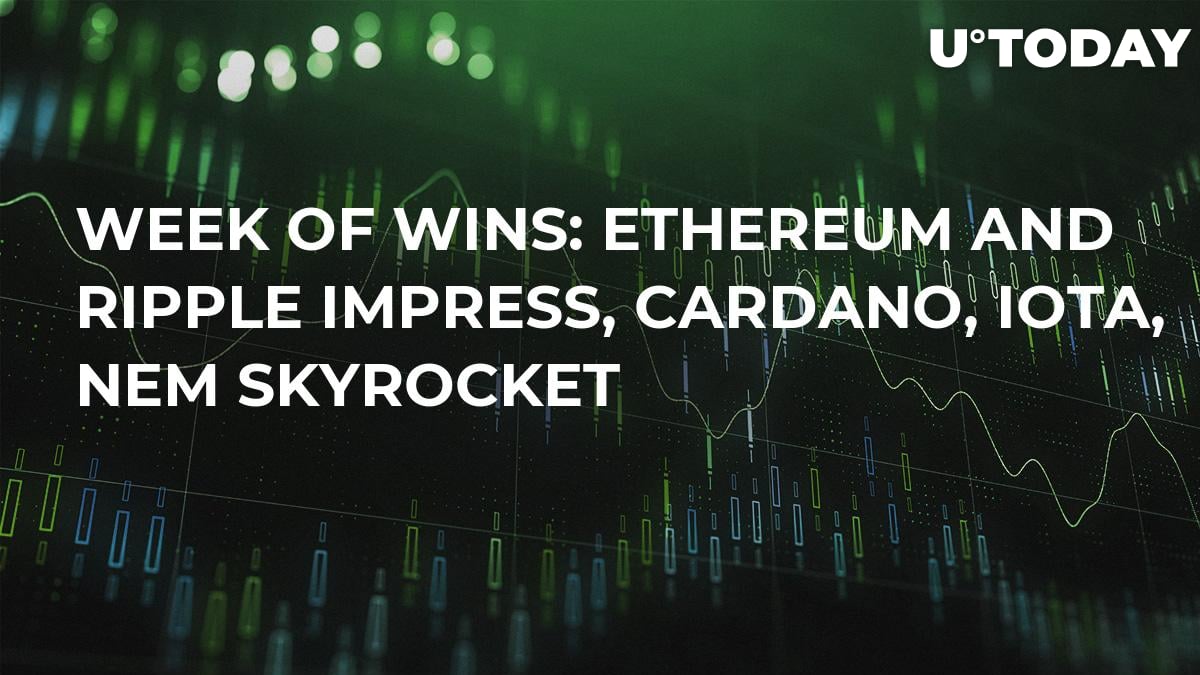 2018 as a whole has been mostly bearish with the entire cryptocurrency market shedding a lot of gains picked up late in 2017. However, the last week or so has seen some positive improvements across many coins, with a few notable and larger coins standing out.

The likes of top coins Ethereum and Ripple have performed admirably, but then there are those like Cardano, IOTA and NEM that are up as much as 50 percent in the last week.

As is often the case with the cryptocurrency market, Bitcoin usually begins the moment. The original cryptocurrency has reached over $8,200 this week, after getting as low as $6,200 this month.

For this week alone, that represents a 14 percent gain for Bitcoin, which is a good spurt of growth but pales in comparison with some other major coins.

No. two and three

Next in the line, in terms of Coinmarketcap, are Ethereum and Ripple. Ethereum is up more than 20 percent this week while Ripple has reached a gain of 35 percent in the week.

In fact, Ripple is up 17 percent alone in the last 24 hours.

The going down the list, there are even better performers for coins like Cardano, seventh in terms of Coinmarketcap, is up 43 percent over the week while IOTA has reached gains of 51 percent, and NEM also snuck over 50 percent gains.

Then, there are coins such as Monaco which was recently listed on Bithumb, helping it to reach incredible gains as it doubled in value over a 24 hour period this week.

Pointing towards a new Bull cycle

According to Todd Rowan, President and CEO of Rewardstoken.io, a Bull cycle does indeed seem to be on the offing.

“Bitcoin is the current engine pulling the crypto train. It seems to have found traction post-tax season selloffs; this is good for everyone. Ethereum is finding strong support along with Ripple and others. Next week will tell us if we are leaving the station. We could be off for another bull run.”