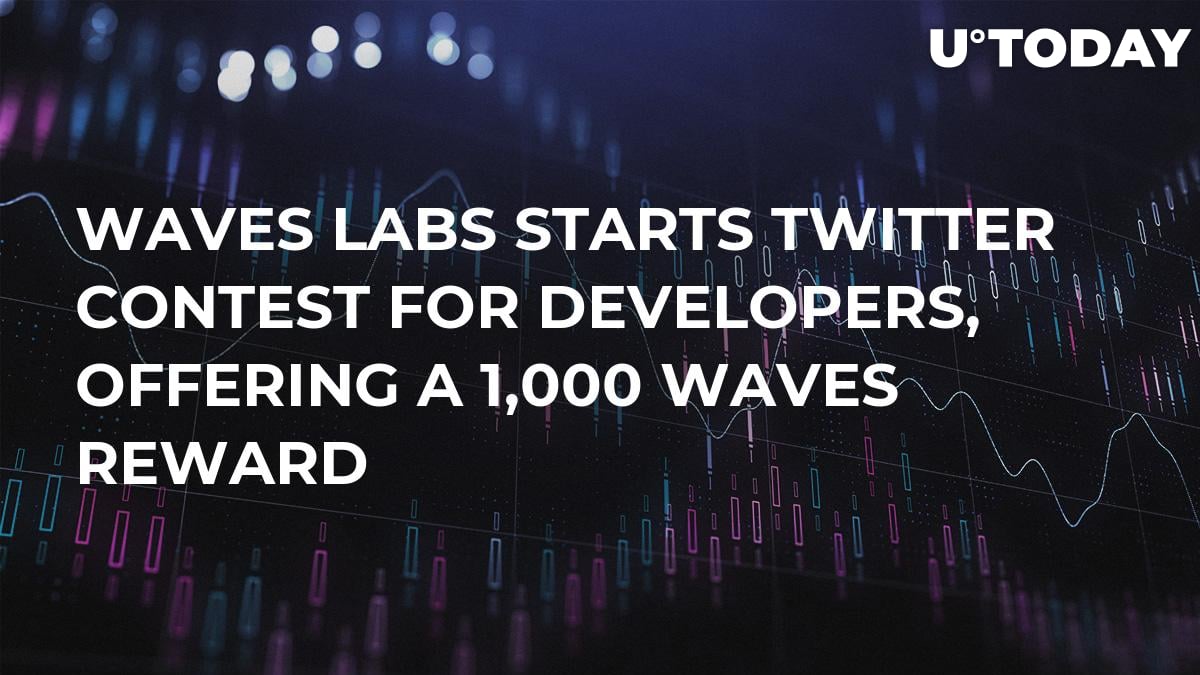 As the week kicks off, the Waves team has published a post on Medium, saying that Waves Labs is eager to encourage developers working on new ideas.

Therefore, the platform is launching a contest on Twitter, offering a prize of 1,000 WAVES for the best Waves-based idea or project under the tag #BuildOnWaves.

We want to hear from you! Waves Labs is launching a 1,000 WAVES competition to encourage developers to share their projects. Tell us about your projects implemented on Waves, using the #BuildOnWaves tag, and gain exposure and a chance to win some WAVES https://t.co/bY9nsBYAwg

Everything built on Waves matters

The ‘Russian response to Ethereum’ seems to be curious as to how popular it is and what ideas developers are quietly making on the platform.

“We’d like to get updates from projects we already know about, and to find out what new projects have recently been launched”.

The new contest is meant to enable developer teams to bring their Waves-powered projects to light and share the details of their making, purpose, etc.

Related
Craig Wright, the Self-Proclaimed Satoshi, Promises to Swear Oath He Is Bitcoin Inventor, Thus ‘Proving’ His Claims Once and for All

The competition will take place between Feb 18 and March 4. Dev teams must share the details of their projects via Twitter, posts particularly between these two dates, and mark them with the #buildonwaves tag.

They have to mention what Waves solution is used in the project. Apart from the tag above, @sasha35625 and @waveslabs must be mentioned so that the tweet does not get missed.

The first prize totals 500 WAVES – it will be given to the tweet which gets retweeted the largest number of times.

The project chosen by the Waves Oracle on a random basis will get 300 WAVES – the second reward.

The team that will receive a prize of 200 WAVES will be decided on by the jury. It will include Waves Labs members, Waves management team folks and some reps of DevRel.

The most interesting messages, from the point of view of the contest organizers, will be retweeted by Waves CEO Sasha Ivanov, Waves Labs or by the Waves platform Twitter account.

The results will be published in March, and the Waves team will contact the winners regarding receiving the prize. The company warns that there is no need to provide wallet addresses so far.