Craig Wright, the Self-Proclaimed Satoshi, Promises to Swear Oath He Is Bitcoin Inventor, Thus ‘Proving’ His Claims Once and for All

Yuri Molchan
Replying to the comments of the CFTC, Dr. Craig Wright says he is prepared to give an oath to prove he is the One, Satoshi Nakamoto 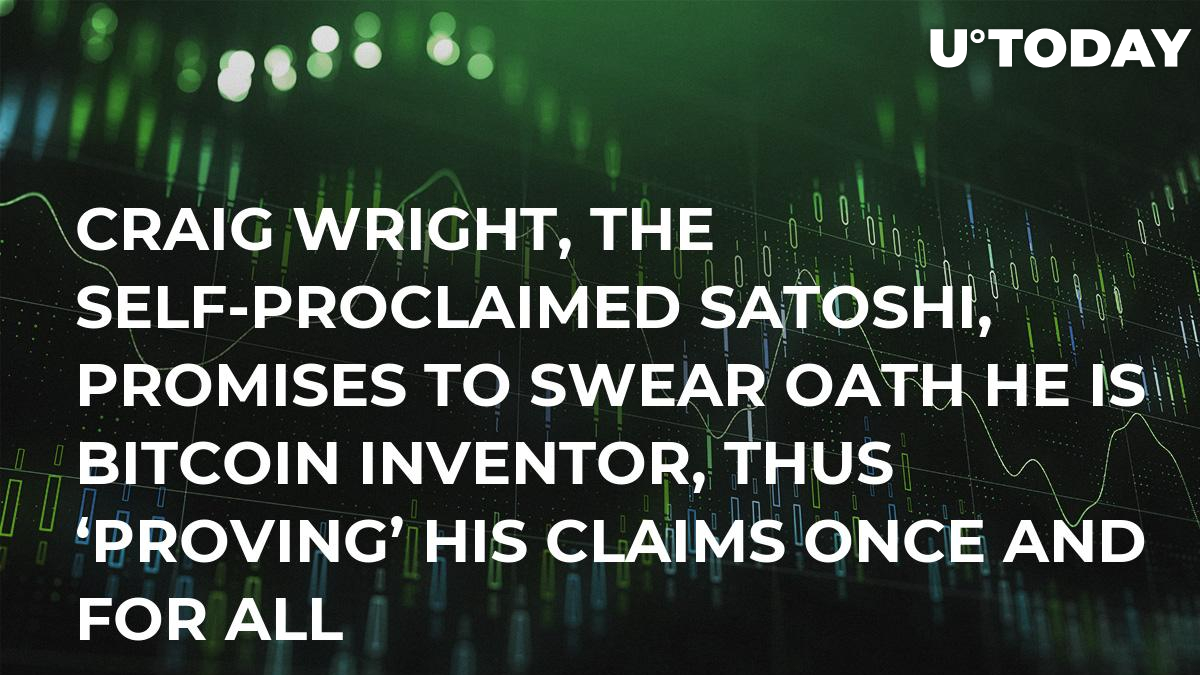 In December last year, the Commodity Futures Trading Commission of the US (CFTC) published an RFI (request for input) regarding Crypto-Asset Mechanics and Markets.

Numerous companies from the world of blockchain and crypto gave their response to the regulator, including ConsenSys, the US-based Coinbase exchange, etc. Among those who replied was also the self-proclaimed Bitcoin inventor, Dr. Craig Wright.

“Fake Satoshi” goes with his story all over again

At the end of last week, the controversial personality from the crypto world and the frontman of the Bitcoin Cash SV chain that came to existence in November 2018 repeated his offer to comment, again saying that he is allegedly the Satoshi Nakamoto who has been hiding from the public all these years but has now decided to reveal himself to the crypto world.

This happened just a short while after a few crypto news outlets criticized Mr. Wright for setting up and publishing fake evidence that can supposedly prove he is the mysterious creator of Bitcoin.

The scratched record of Wright claiming to be Satoshi

For several years now, Mr. Wright has been trying to convince the crypto community that he is indeed the real Satoshi Nakamoto. This started back in 2015, when two news platforms, Wired and Gizmodo, released materials of self-conducted investigations which said that Craig Wright could in theory be the mysterious Satoshi Nakamoto who finally decided to present himself to the world.

Still, several discords and mismatches found in the claims of Mr. Wright strongly suggested that he was nothing but a thimblerigger, setting up a deliberate hoax.

Then, he reemerged in the media in May 2016 and again announced his claim of being Satoshi Nakamoto. The so-called proofs of him being the one have been dismissed since he last published them.

Now, replying to further questions from the CFTC, Mr. Wright has offered to testify under oath that he is the only possible Satoshi Nakamoto on the planet.

“I plan to make myself available for questioning from the CFTC outside of the scope of this response. I note in particular that when I talk of bitcoin and other systems, I reference that which was defined in the original white paper and code release. I am willing to testify under oath.”

Sceptics believe that this should finally solve the problem and dot all the i’s, as lying while under oath has never been the case in the history of the world.