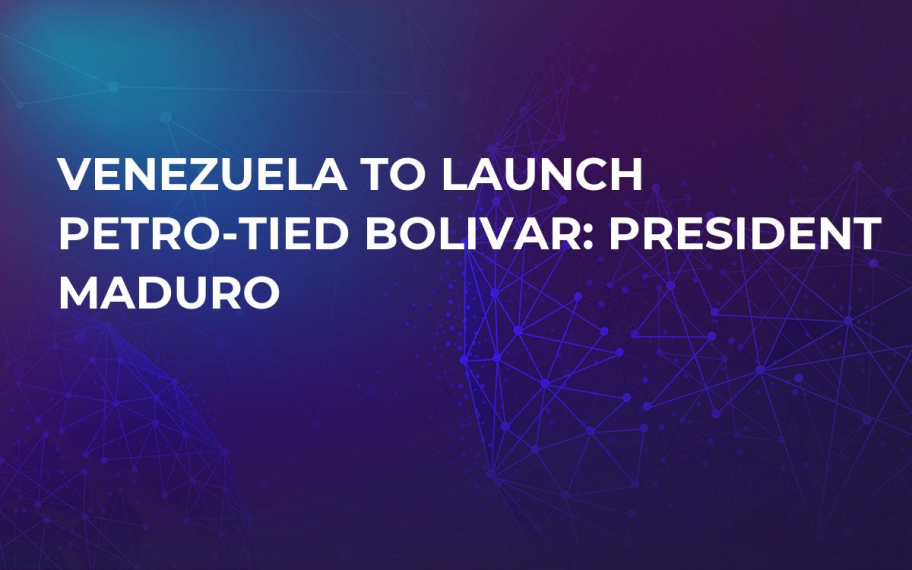 According to President Maduro, the new Venezuelan fiat currency will launch on August 20th and- surprise, surprise!- it will be tied to the Petro crypto coin. This was announced on the air of the local national TV.

Earlier, Maduro announced the launch of denominated Bolivar at the start of June since the hard economic state Venezuela is going through at the moment has caused speeding inflation. Numerous Venezuelans are facing a shortage of food.

This year Venezuela launched Petro backed by the country’s oil supplies in an attempt to support its worsening economy and avoid the US sanctions. The US responded with more active sanctioning against the oil-backed crypto coin as well.

Venezuela is not the only country, trying to oppose the US pressure with crypto. Recently, it was reported that Iran is considering launching its own digital coin to avoid the sanctions promised by US President Trump.

This country seems to rely on digital coins officially and unofficially. While President Maduro is trying to make everyone use Petro, Venezuelans are also taking to other cryptos.

Recently it was reported that a Venezuelan guy received a small donation in NANO coin that he asked for on Reddit. With this, he was able to buy food for himself and his neighbors.