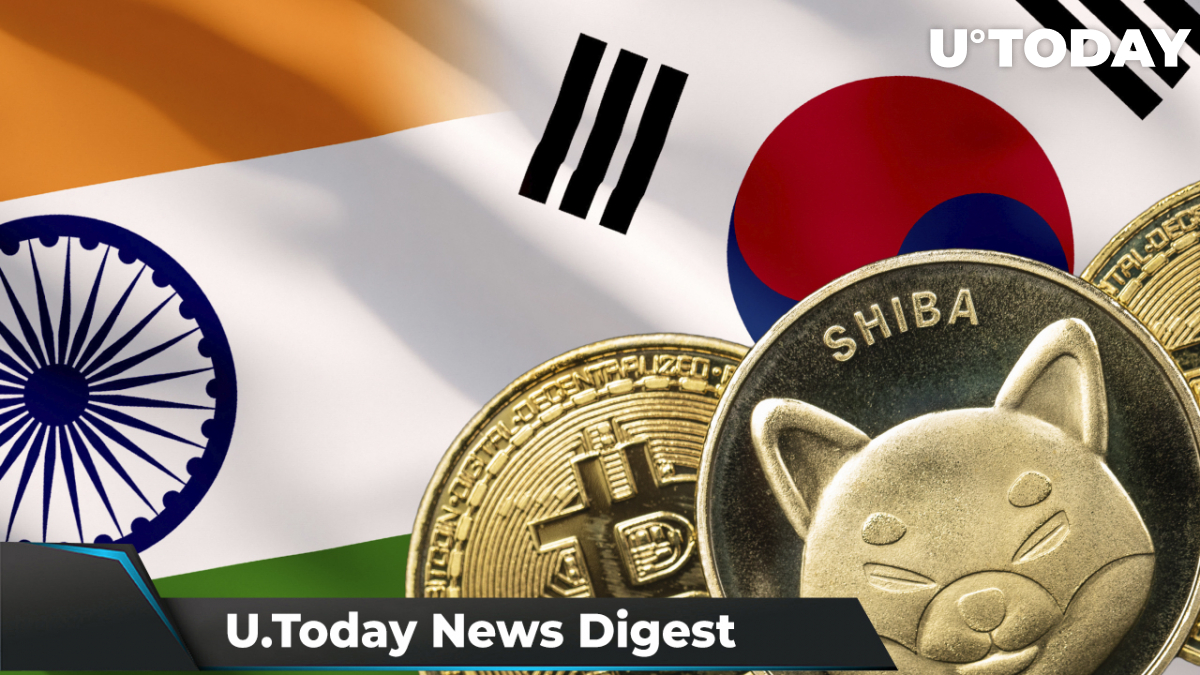 Take a closer look at what is going on in the crypto industry with U.Today’s summary of the top four news stories over the past day.

According to the official announcement, Korbit, a Seoul-based cryptocurrency trading platform, has become the first crypto exchange to list Shiba Inu in South Korea. Starting from today, Korbit’s customers will be able to trade SHIB against the Korean won. In June, the exchange also rolled out the first-in-the-country NFT marketplace.

The next day after proclaiming a ban on digital assets, the Indian government announced that it is considering a proposal that changes the status of digital assets and marks them as financial assets inaccessible to small investors. The Indian government is rushing to finalize Prime Minister Modi's bill, which will be submitted to parliament on Nov. 29. The new rules will set a minimum amount for investment in digital assets while prohibiting their usage as legal tender. However, as reported by Bloomberg, no final decision has been taken yet.

According to recent data, at the moment, the top 1,000 biggest Ethereum wallets hold 48.8 trillion Shiba Inu tokens, which form approximately 400% of the current daily trading volume. A high percentage of whales has traditionally been regarded as positive for the coin due to the lack of selling pressure at the start of each price rise.

Even though there are some large investors exiting the Shiba Inu market to “tether out,” some whales are still willing to enter the token. On Tuesday, an anonymous whale purchased $36 million worth of SHIB.

A recent Twitter scuffle with Binance CEO CZ gave Elon Musk some energy to continue sharing his opinions on crypto. This time, the Tesla CEO took aim at cryptocurrency exchanges: he agreed with a Twitter user supporting the “not your keys, not your crypto” stance and spoke out in favor of quitting centralized trading platforms so that Dogecoin holders control their own private keys. Such an approach, however, is not welcomed by everyone: some believe that self-custody is too complicated and may result in a loss of funds.