Valeria Blokhina
Read U.Today’s news digest to stay updated on the most significant events in the world of crypto! 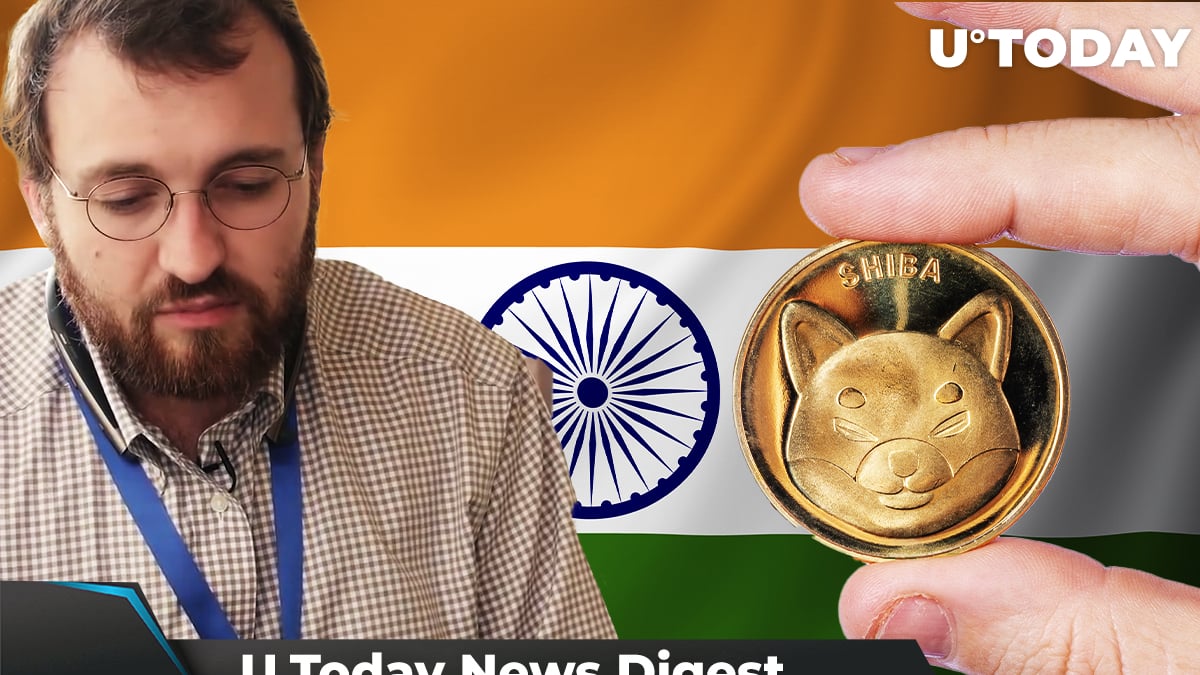 Here are the top five news stories over the past day presented to you by U.Today:

Yesterday, Cassie Craddock, Ripple's ERG lead, announced that she is leaving the San Francisco-based company to join digital custody provider Fireblock as its director of sales.

Her career at Ripple started back in 2017 when she was hired as the new manager of business development. Now, after more than four years with Ripple, she has parted ways with the company. Notably, former SEC boss Jay Clayton joined Fireblock as an advisor back in August.

“Dogecoin Killer” Shiba Inu continues to pop up on various trading platforms around the globe. Last week, it started trading on Austrian fintech platform Bitpanda, and prior to that the meme cryptocurrency became available for trading on Coinbase Pro. Now, according to the official announcement shared on Wednesday, ZebPay, India's oldest cryptocurrency exchange, has added support for Shiba Inu.

This is not the only achievement of SHIB: a recent poll organized by PAC Protocol chief David Gokhshtein showed that almost 73% of respondents prefer SHIB to another Dogecoin offshoot, FLOKI.

While responding to the adoption of Bitcoin by El Salvador on Oct. 1, the International Monetary Fund (IMF) warned that "cryptoization" of emerging countries can upset financial stability in those regions. The regulator believes that among the factors that contribute to "cryptoization" in emerging countries are high inflation and the lack of stability of local currencies. IOG CEO Charles Hoskinson commented on the recent IMF warning on Twitter, saying that crypto will save these countries from hyperinflation and highly centralized rails that the IMF and local central banks control.

After China banned crypto exchanges in 2017, local cryptocurrency traders would mainly rely on over-the-counter (OTC) trading platforms amid severe regulatory scrutiny. However, residents from mainland China are now running out of options; cryptocurrency exchange Binance will stop support for the Chinese yuan on its OTC desk on Dec. 31 due to “regulatory requirements.” Users from mainland China will only be able to withdraw funds or close their positions. The Bitcoin price plunged to an intraday low of $54,684 on the news.

CNBC has reported that, according to official data released by Cambridge University, the U.S. is now the world’s #1 destination for Bitcoin miners. Since last year, U.S. leadership has increased by 428%. It has become possible thanks to the Chinese crackdown on cryptomining that took place last spring, which made mining companies start relocating from China to Canada and Kazakhstan, with the majority picking the United States.