Quick Look at Richest Bitcoin Cash (BCH) Addresses. Who Are These Whales?

Alex Dovbnya
You have👆 ✔️ to own 20,000 BCH in order to end up on the ‘Rich List,’ but the biggest whales✋️ 🐋 are incredibly wealthy 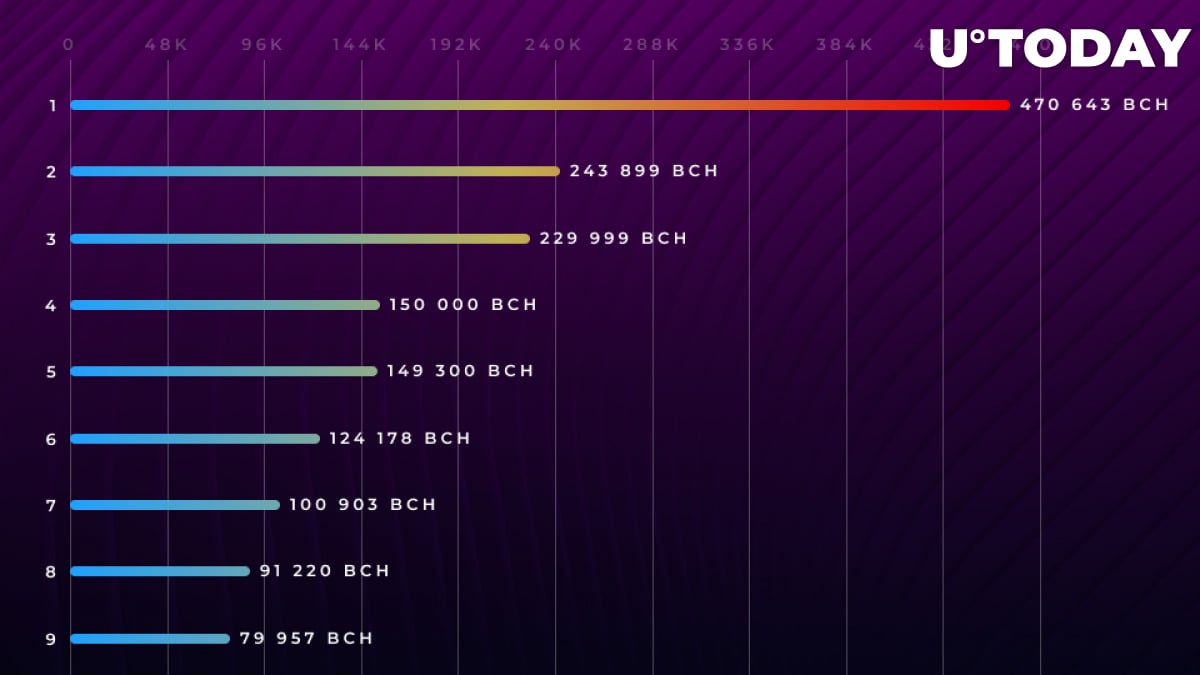 Bitcoin Cash is a controversial Bitcoin spin-off that attempts to solve BTC’s scaling problem by increasing the block size. This allows the coin to reach higher mainstream adoption because of higher transaction speed. Despite the forking that took place in November, BCH is still holding up strong, occupying fourth place on CoinMarketCap.

The richest BCH wallet holds more than $195 mln, which is 2.65 percent of the total supply, according to data provided by BitInfoCharts. This is a relatively new wallet that was created on January 25, and it has frequent transaction movements.

It is worth noting that this is the only address that boasts eight-figure numbers. Overall, only seven addresses hold more than 100,000 BCH ($40.8 mln at the time of writing).

It is now exactly clear who owns these wallets. However, it is reasonable to assume that ‘Bitcoin Jesus’ Roger Ver, Calvin Ayre, and Jihan Wu could hold the heftiest BCH bags. As reported by U.Today, Ver revealed that he sold his Bitcoin holdings for Bitcoin Cash, which occupies the lion’s share of his investment portfolio.

Joining the ‘one percent’ club

Speaking of the distribution of Bitcoin Cash, you only need to own more than 1 BCH ($414.87) at the time of writing in order to end up among the top 1.97% of the wealthiest owners. For comparison, your net worth has to exceed $770,000 in order to be in the ‘one percenter’ club in the US.

It appears that the lion’s share of BCH holders simply dabbles with the cryptocurrency.