Alex Dovbnya
☝️?While everyone is concerned about how the Tether debacle going to impact the broader crypto market, Max Keiser offers a different perspective 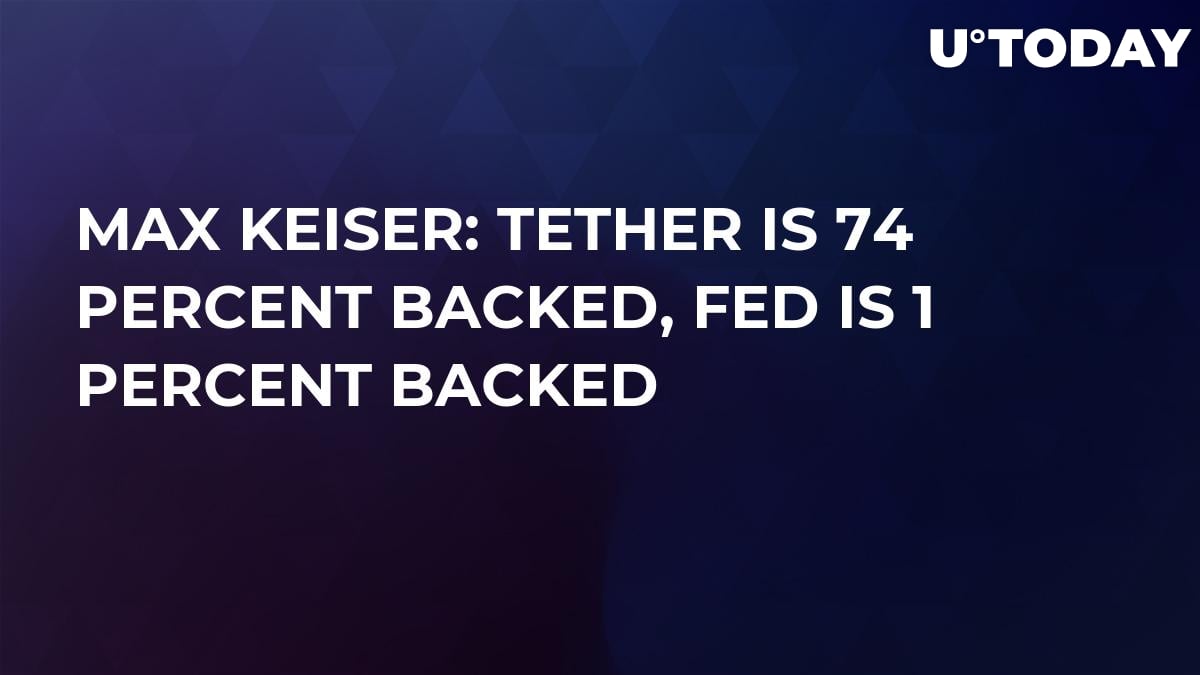 The recent Tether controversy made everyone and their uncle weight in on how it is going to influence the cryptocurrency market. While crypto Twitter is filled with doomsayers, TV host Max Keiser, who also happens to be a Bitcoin enthusiast, downplayed the importance of the most revelations by arguing against the Federal Reserve and JPMorgan.

As reported by U.Today on Apr. 30, Tether’s lawyer officially confirmed that only 26 percent of USDT is backed by fiat, which means that the concerns of those who question the transparency of the number one stable coin issuer were completely justified. The whole community was stunned by the bombshell revelation, wondering how it’s going to affect the industry. Bitcoin educator Jimmy Song even suggested that the whole narrative is pushed by Tether issuers who want to buy back USDT at a discount.

Shower thought: what if each Tether FUD is a coordinated way to lower the price of tether making it easy to buy it back at a discount to make money for the Tether issuers?

Things could be worse

Even if we don’t take into account conspiracy theories, Max Keiser is certain that crypto is doing much better than the US Federal Reserve (FED) or JPMorgan. Notably, JPMorgan recently launched its own cryptocurrency JPMCoin that received a cold welcome from the cryptocurrency community.

Some of his followers didn’t buy these comparisons, claiming that Tether should be held accountable for deceiving its holders.

Can we stop with the comparisons and tackle their blatant lying? "We are backed 1:1 to USD". Well yes, but actually no. So many stable coins on the market, kick tether out. Buy #btc

Meanwhile, other Twitter users were astounded by the fact that the US dollar is not backed by gold, silver, or any other commodity.