Roger Ver Is Not Losing Faith in Bitcoin Cash, Claims It Has More Potential Than Bitcoin

Alex Dovbnya
After giving up on Bitcoin, Roger Ver talks about the importance of diversifying your investment portfolio 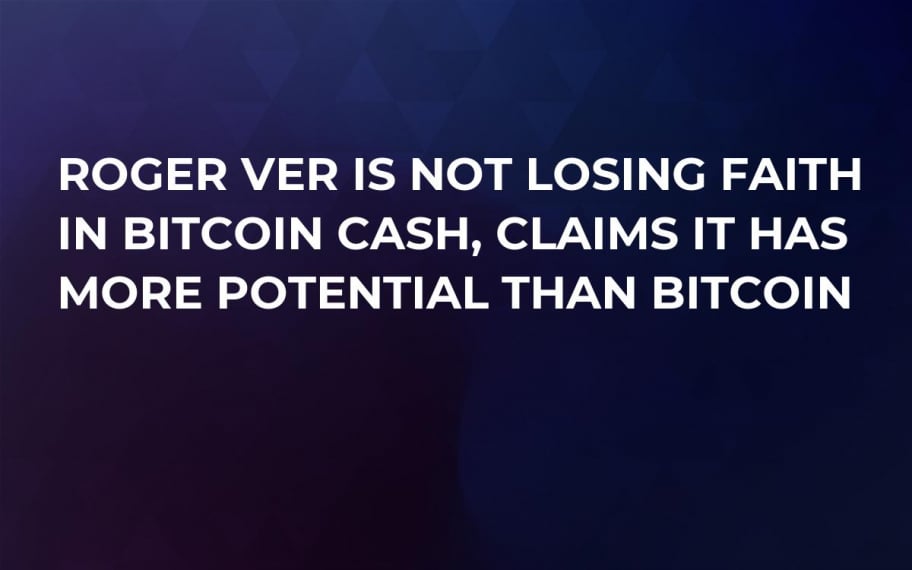 Roger Ver, more commonly known as ‘Bitcoin Jesus,’ has weighed in on his favorite cryptocurrency on CNBC's Fast Money. A famed Bitcoin evangelist claims that Bitcoin Cash (BCH) is by far the best digital asset due to fast and inexpensive transactions.

The four-minute interview with CNBC’s Melissa Lee started with a question about Bitcoin Cash since Ver has been bullish on BCH for quite a while.

'Bitcoin Jesus' aka @rogerkver explains why #BitcoinCash is a better investment than #bitcoin pic.twitter.com/KQbgCJdPE2

Lee points to the fact that Bitcoin Cash plunged by 35 percent this month alone, reflecting the overall market downtrend. However, ‘Bitcoin Jesus’ claims that BCH has significantly more potential for mainstream adoption than Bitcoin since the latter fails to win over ordinarily merchants because of its slow transaction speed.

While Bitcoin Cash is trailing behind its bigger stepbrother, Ver claims that it is important to focus on the future, since BCH is the currency that will see large-scale merchant adoption.

Nevertheless, Roger Ver doesn’t recommend pouring all of your money into Bitcoin Cash, since diversifying an investment portfolio is crucially important. When asked about his own ‘crypto basket,’ Ver revealed that Bitcoin Cash comprises a lion’s share of his portfolio, but he also has Ethereum (ETH), Dash (DASH) and ‘a little bit’ of other altcoins.

Ver also claims that now he puts more emphasis on diversifying his investment portfolio. Over two or three years ago, he already saw the ominous sing when BTC folks were reluctant to solve the Bitcoin’s scaling problem, thinking that expensive fees and slow transactions would benefit the network. At that point, almost 99 percent of his holdings were in Bitcoin, but then he started to rapidly buy other digital currencies.

Despite the recent increase in BTC dominance, Ver believes that the king of crypto will soon start losing its market share again due to adoption issues. However, Bitcoin Cash has also seemingly declined in merchant adoption this August.


Related
Bitcoin Cash Keeps Up With Bullish Bitcoin, But Will It Continue?
#Bitcoin