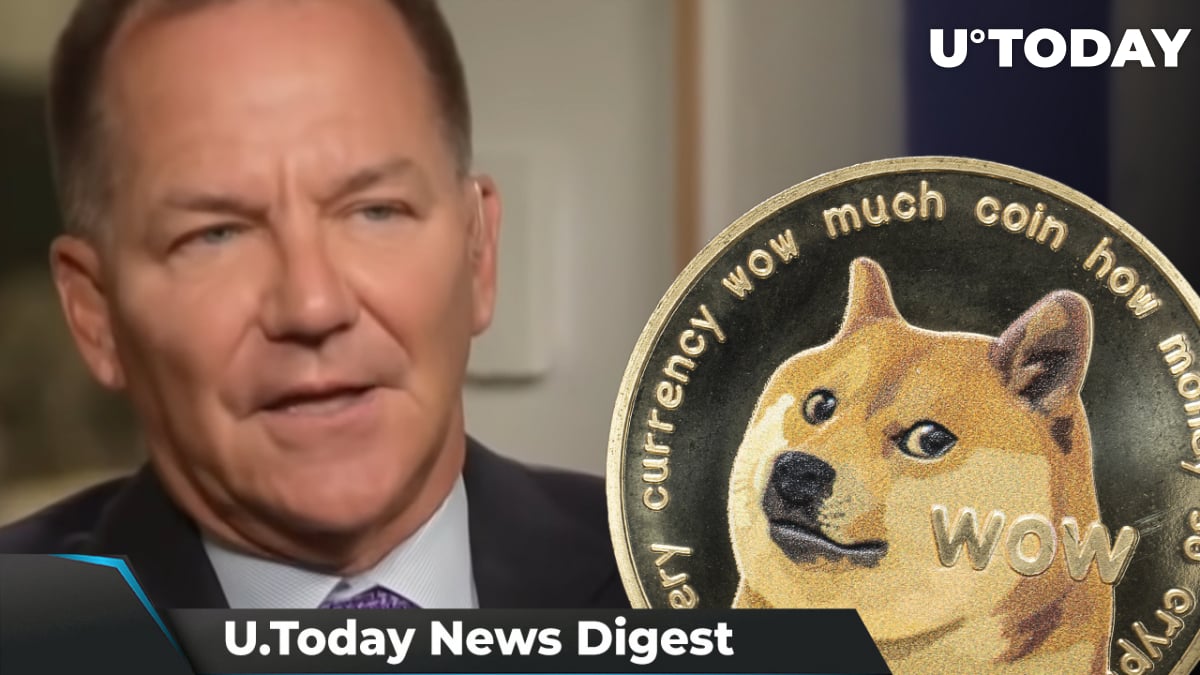 U.Today presents the top four news stories over the past day. Don’t miss anything important in the world of crypto!

On Tuesday, Andrew Ross Sorkin, co-host of CNBC's "Squawk Box," asked Paul Tudor Jones about Bitcoin, to which the billionaire responded that due to the Fed turnaround, inflation traders are going to be challenged. He also added that it will be "tough sledding" for assets that are viewed as an inflation hedge. Jones predicted that, as we go through the current tightening cycle, things that performed best since March of 2020 will "probably" perform the worst.

According to the official announcement made yesterday, Shiba Inu deposits are now available for trading on Indian cryptocurrency exchange Giottus. Prior to that, Shiba Inu was listed by such major Indian exchanges as Unocoin, ZebPay and CoinDCX.

As reported by U.Today, in 2021, Shiba Inu (SHIB) and Polygon (MATIC) were among the top traded altcoins on Indian exchanges. Today, MATIC managed to surpass Shiba Inu in terms of market capitalization after a 16% increase.

Dogecoin meme crypto has once again become the topic of discussion between billionaire Mark Cuban and entrepreneur Preston Pysh. The latter criticized the Dallas Mavericks owner for “pumping” Dogecoin back in May, to which Cuban responded that the canine coin is good for spending, noting that it has vastly outperformed Bitcoin over the past year.

Despite warming to Bitcoin a little during his cryptocurrency journey last year, Cuban still does not see BTC as an inflation hedge, claiming that it will “never” become one in his recent tweet.

Majority of JPMorgan clients are bullish on Bitcoin

According to a recent survey by U.S. banking giant JPMorgan Chase, the majority of its clients believe that Bitcoin will finish 2022 above $60,000, to the great surprise of bears who see this year repeating the 2018 scenario, when BTC dropped 70%. At the same time, JPMorgan clients do not anticipate Bitcoin starting a massive rally this year either; only 5% of them assume that the flagship crypto will be able to reach the $100,000 level.

On Monday, Bitcoin fell below $40,000 for the first time since late September, but bulls managed to bring the cryptocurrency back above $42,000.