Billionaire Mark Cuban Reveals How Much Dogecoin He Holds 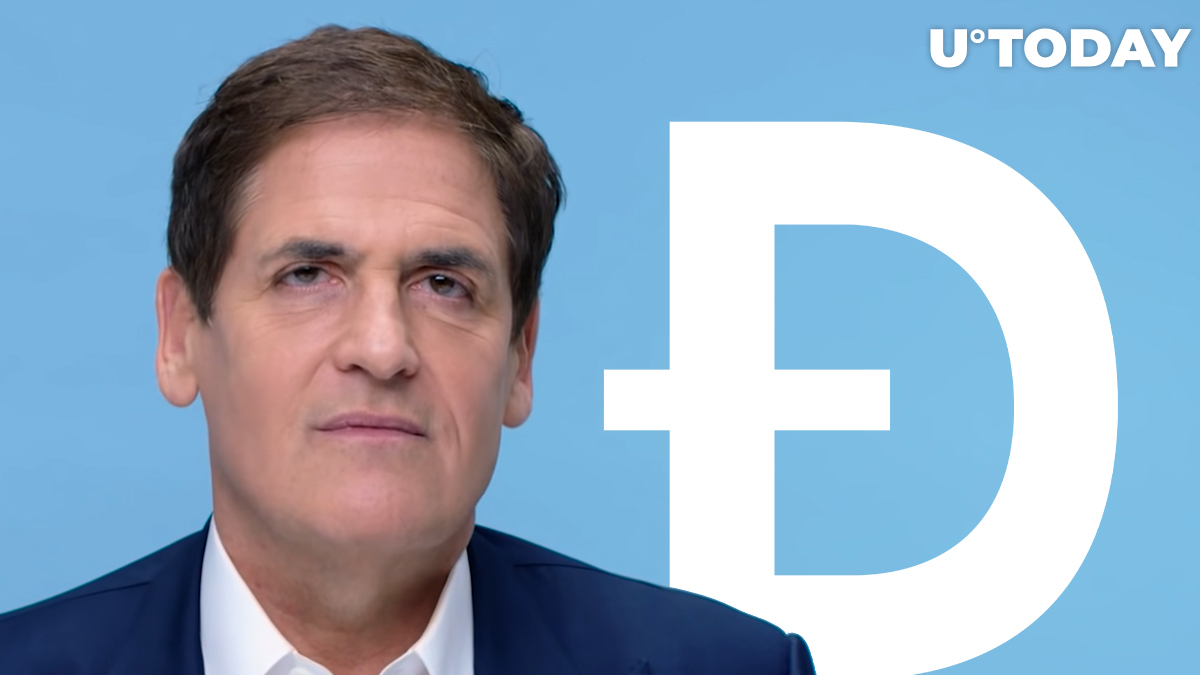 Mark Cuban, entrepreneur, co-host of Shark Tank and owner of the Dallas Mavericks, has tweeted that his Dogecoin holdings are not big at all.

In the course of a Twitter discussion about DOGE, Cuban revealed that the balance of his personal Dogecoin wallet and that of the Mavericks team (whose online shop accepts DOGE to sell merchandise and tickets to its games) constitutes less than $15,000 worth of the meme cryptocurrency.

One of the discussion participants pointed out that this is just a tiny part of the billionaire's $4.4 billion net worth held in crypto.

Earlier, U.Today reported that Cuban's 11-year-old son Jake also holds Dogecoin. According to Cuban's tweet back in mid-May, he and his son own almost 3,300 DOGE together.

Cuban also pointed out that DOGE is a good way to learn investing—for his son in particular.

Last year and before, the owner of Dallas Mavericks was a crypto hater, often slamming Bitcoin (and other cryptos), saying that he would rather have bananas because they are edible and Bitcoin is not. He repeated that on Anthony Pompliano's Bitcoin podcast last year as well.

However, the billionaire has changed his attitude and now calls Bitcoin a store of value—and DOGE the best crypto that can be used as an actual currency.

And between the Mavs and my personal account, its let than $15k in DOGE.

Ninety-five percent of Cuban's customers choose DOGE to pay with

On Sunday, Cuban was also engaged in a discussion about Dogecoin. He then tweeted that he is not shilling DOGE in response to a rebuking tweet. However, he believes that unlike Bitcoin, DOGE is a currency and "the people's way to pay."

According to him, 95 percent of his companies' customers choose to pay in Dogecoin for goods and services offered to them.

At press time, DOGE, the seventh-biggest crypto, is changing hands at $0.3408, as per CoinMarketCap, showing a 13.42 percent rise in the past 24 hours.

The centibillionaire and CEO of Tesla and SpaceX, Elon Musk, is another powerful supporter of DOGE, who also holds it, although Musk has never revealed the size of his personal holdings.

He has recently agreed with Cuban that the meme cryptocurrency is "the strongest" crypto when it comes to payments.

Musk's son, Lil X born last year to Musk's girlfriend (Canadian musician and singer Grimes), is also a DOGE owner. Musk bought some coins for him, calling the boy the "little toddle-hodler" in February of this year.