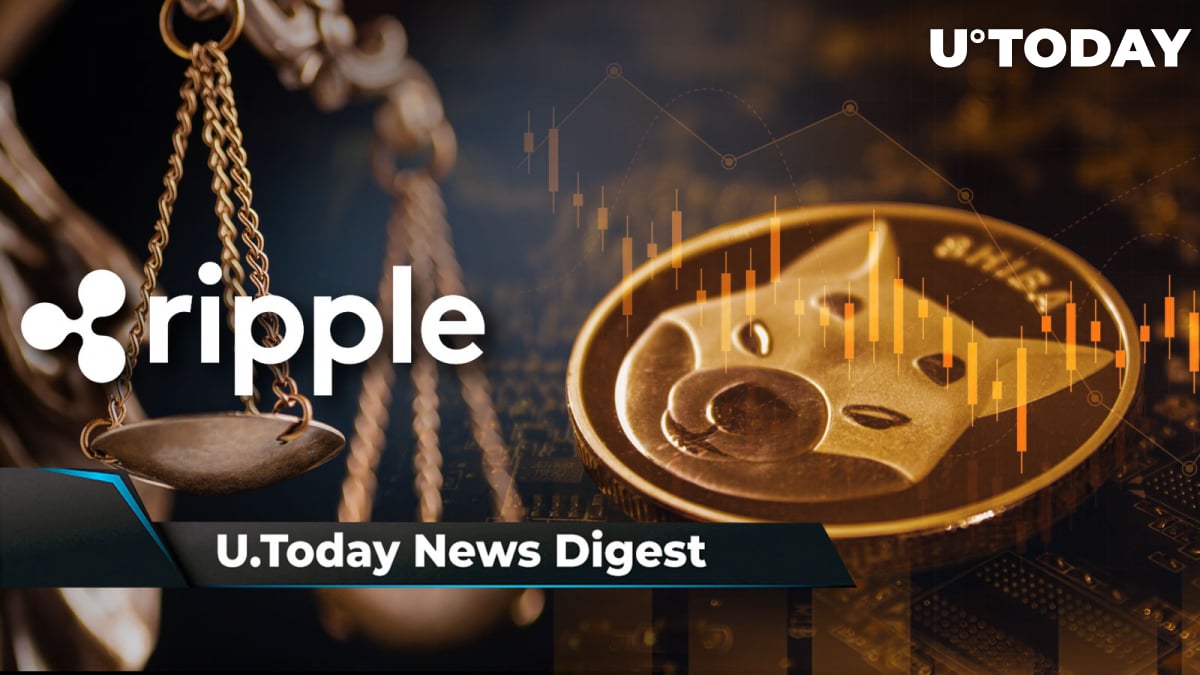 Shiba Inu demonstrated a dramatic drop in the number of holders over the past eight days, Etherscan data shows. By the first day of winter, the SHIB holder count decreased to 1.25 million from a recent peak of 1.28 million on Nov. 23. Thus, 30,000 addresses, or 2.3% of the total maximum number, have gotten rid of the Shiba Inu token on their balances. The data is also in line with how big investors behave. As previously reported by U.Today, Ethereum whales have been actively reducing the share of Shiba Inu tokens in their holdings, bringing their number to 8.03 trillion coins, which is now equivalent to $74.47 million.

In a recent tweet, James K. Filan, a U.S. lawyer who is closely following the XRP case, has shared his thoughts on the ongoing Ripple-SEC lawsuit. Instead of creating a big thread, he attached a document, listing the case’s pending issues, such as the summary judgment motions, expert challenges ("Daubert motions") and sealing issues regarding the expert reports. According to Filan, one should not expect a separate ruling on the aforementioned issues. He believes that District Judge Torres will rule on the matters concurrently, and in "one big written ruling." This, he predicts, will happen by March 31, 2023.

Bitcastle cryptocurrency exchange has announced adding support for Shiba Inu on its official Twitter handle. To celebrate the listing, the exchange launched a special campaign. According to its terms, users can get 1,000 SHIB tokens per day by simply logging in. On the 5th and 10th days, users will be able to receive 5,000 SHIB and 10,000 SHIB, respectively. In total, one can earn up to 23,000 SHIB tokens. The login bonuses are limited to 10 days from the listing. In addition to SHIB, the Bitcastle exchange also supports other coins, including XRP, Dogecoin and Solana.

Despite bearish market conditions prevailing since the beginning of 2022, Dan Gambardello, founder of Crypto Capital Ventures, predicted a return of long-term opportunities to crypto. He tweeted that crypto is now back in the “10x sweet spot,” when macro 10x opportunities once again abound. When it comes to XRP, the token has been weighed down by the ongoing Ripple lawsuit and subsequent delistings. However, several positive predictions have been made regarding its price, with one of them being the spike past the $1,000 mark. As for ADA, it surged thousands of percent in the last year, reaching an ATH of $3.10, but underperformed this year, falling 89.75% from its peak. However, an accumulation trend is emerging as large holders fill their bags at a discount.