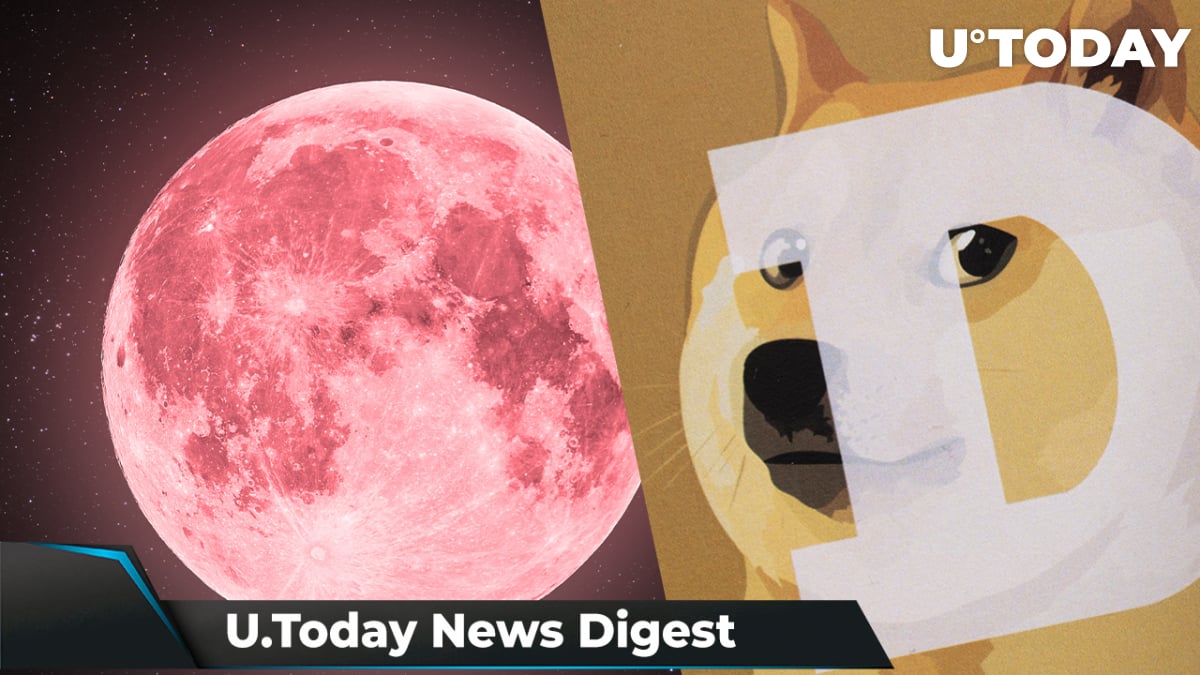 According to data shared by crypto analyst Ali Martinez, over the last seven days, the circulating quantity of Terra's LUNA has surged by over 1.9 million percent. Last week, LUNA’s circulating supply was roughly 342 million. So far, it has increased by 6.18 billion, bringing the total to 6,531,899,614,602 LUNA. Meanwhile, Terra’s co-founder Do Kwon has come up with a new rescue plan, proposing to fork the Terra chain into a new chain without the UST stablecoin. The new plan, however, was met with heavy criticism, with some commenters accusing Kwon of seeking to extract money from users.

DOGE price on the brink: What to keep an eye on

A massive "risk off" on the cryptocurrency market caused by the risk of a U.S. economic recession and the recent collapse of LUNA has not left Dogecoin unaffected: the meme crypto experienced almost the largest weekly drop of more than 40%, with its price currently at a crossroads. Given the unparalleled connection of the cryptocurrency market to significant U.S. indices like the S&P500 and NASDAQ, investors are waiting for the outcomes of the week's major economic events. Special focus is on today's speech by Jerome Powell, a member of the Federal Reserve's Board of Governors.

Per CoinMarketCap, DOGE is now changing hands at $0.089.

Yesterday, Cardano literally reached new highs. The flag of the blockchain has been placed on the top of the world, Mount Everest. Cardano founder Charles Hoskinson rushed to comment on the event, highlighting the community's dedication. According to Hoskinson, the community now has three million members and keeps growing. Cardano has recently released 84 projects, while the total number of NFT projects is up to 5,549. In the meantime, the price of Cardano’s native asset, ADA, reached highs of $0.613 on May 16 after three days in the green. However, at the moment, the token is trading at $0.571.

Shiba Inu weekly charts show that the meme token continues to trade in a triangle pattern with support near $0.0000087. SHIB plunged to lows of $0.0000087 in the past week before slightly recovering. After intense selling pressure, buyers deemed Shiba Inu oversold and responded by pushing it to highs of $0.0000143 on May 13. Shiba Inu remains in a tight trading range beneath $0.000014 as buyers seek potential entry points into the market. At the time of publication, SHIB is trading up 3.32% at $0.00001233.

Besides, Shiba Inu is now accepted as payment by product brokerage company UnFranchise, via BitPay.