Denys Serhiichuk
Can Bitcoin (BTC) keep up with the growth of popular altcoins? 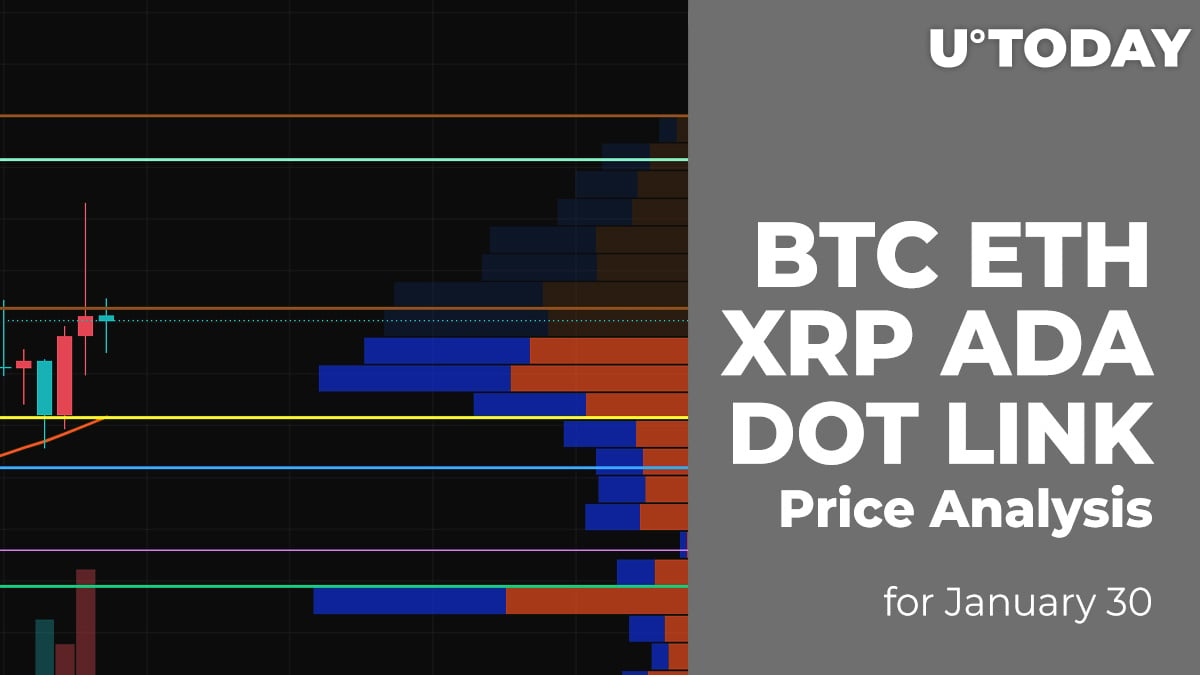 At the beginning of the weekend, most of the coins remain trading in the green zone; however, there are some exceptions to the rule. Mainly, Litecoin (LTC) is the main loser from the list, falling by 1%.

The Bitcoin (BTC) rate has gone down slightly over the last day, with the price change making up -8.53%.

On the daily chart, Bitcoin (BTC) could not get to the resistance at $40,000 from the first attempt. In this case, one may expect a consolidation phase in the range of $36,000-$38,000 in the upcoming days to gain more power for growth.

Thus, the buyers' power is also confirmed by a rising trading volume.

Even though Ethereum (ETH) is also bullish, its price has not increased as much as the rate of Bitcoin (BTC).

In the long-term view, Ethereum (ETH) still has room for growth as bulls have managed to keep it trading above $1,200. If trading volume remains at its relatively high level, the main altcoin can get to the crucial mark of $1,500 by the end of the month.

XRP is the top gainer today, rising by almost 10% over the last day. The price change over the last week has accounted for more than 20%.

On the daily chart, XRP is bullish until the resistance at $0.40. The coin has accumulated enough energy for a price rise, which is supported by the rising buying trading volume.

Cardano (ADA) is the second most growing coin on our list today. Its rate has increased by 3.21%.

Cardano (ADA) is also following a bullish scenario. The trading volume is going up slightly which means that the coin is getting out of the long-term accumulation phase. If it succeeds, it may reach the resistance at $0.4 soon.

Polkadot (DOT) is one of the coins from the list that could not follow the other ones as its rate has gone down by 0.13% since yesterday.

From the technical point of view, Polkadot (DOT) is still located in the sideways trend and needs more energy to continue the growth. In this regard, the more likely scenario is trading in the area of $17-$18 in the upcoming days.

Chainlink (LINK) is the main loser today as the rate of the popular DeFi coin has fallen by 1.60%.

Even though the rate of Chainlink (LINK) has gone down over the last 24 hours, its long-term price action is bullish, targeting the nearest resistance at $25.50. However, there is a chance to move higher if it fixes above $25.