Denys Serhiichuk
Is the rise of Dogecoin (DOGE) a pump or a prerequisite for long-term growth? 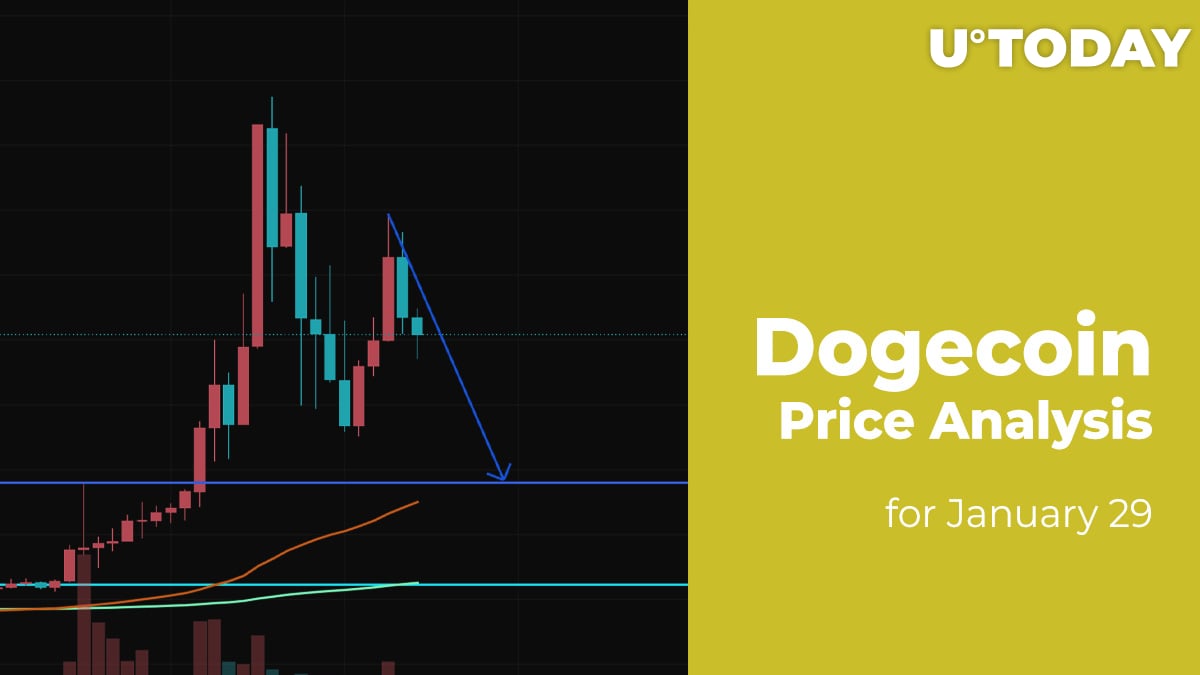 The market keeps rocketing after a short-term correction. Against the growing altcoins, Dogecoin (DOGE) has also joined them, as its price has risen by almost 400% over the last day.

Against the sharp rise of Bitcoin (BTC), its market share has also increased and is now 64.8%.

The relevant data for Dogecoin today:

DOGE/USD: Will the dump be as fast as the pump?

Dogecoin (DOGE) is the biggest gainer over the last few days. While some coins have risen by a few percentage points, DOGE has rocketed by almost 1,000% over the last week.

On the hourly chart, Dogecoin (DOGE) is looking bearish, forming the Head and Shoulders pattern. If it falls below $0.05 and fixes there, there are high chances of seeing a retest of the MA 50 that refers to the area around $0.025.

On the bigger time frame, the situation is also bearish as Dogecoin (DOGE) is located on the verge of the overbought zone according to the RSI indicator. In this case, one may expect a drop to the nearest support at $0.028 to gain power for a future rise.

From the long-term point of view, there is no liquidity at the current levels to keep the ongoing growth.

Related
Ethereum (ETH) Price Analysis: Is Partnership with Reddit the Reason for the Ongoing Rise?

That is why one may expect a decline to the level of $0.014 for a retest. However, such a move would be part of a correction after sharp growth.