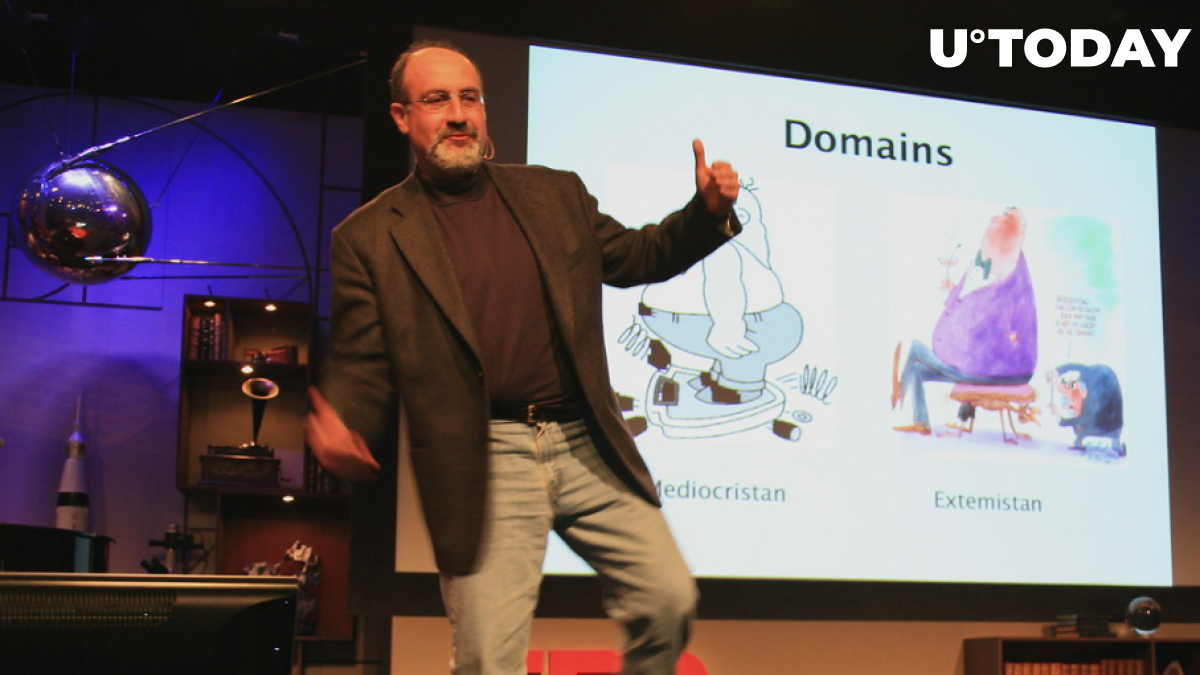 "Black Swan" author Nassim Taleb has jumped on the opportunity to lambast Bitcoin during the ongoing market crash.

In a recent tweet, the Lebanese-American statistician claims that anyone who thinks that the largest cryptocurrency can act as a hedge against inflation is "a certified fraud."

Note of the day: bitcoin may interest some for speculative purposes but anyone who claims that #bitcoin is a 𝙝𝙚𝙙𝙜𝙚 against anything, financial or otherwise, is a certified fraud.

After describing Bitcoin as the "first organic currency," Taleb had a sudden change of heart earlier this year, which coincided with his public spat with "The Bitcoin Standard" author Saifedean Ammous.

In July, the scholar published a research paper, in which he claims that Bitcoin is worthless and extremely fragile despite praising it in the past.

Its first major test came during the onset of the pandemic. The price of the number one cryptocurrency infamously halved on March 13, which prompted many to question its "safe haven" status. In the paper, Taleb pointed out that Bitcoin then recovered together with stocks because of the "massive" liquidity injection.

Bitcoin plunged to an intraday low of $42,453 on the Bitstamp exchange at 12:38 p.m. The top cryptocurrency is currently trading nearly $1,500 off the lows.

Some market analysts started raising the alarm on the verge of the correction after Chinese property behemoth Evergrande appeared on the brink of default.

It remains to be seen whether it will be China's "Lehman" moment or managed detonation, but fears about the spillover effect have already roiled global markets.

The gold price, on the other hand, has seemingly benefited from the Evergrande "black swan." The yellow metal caught a safe haven bid to the upside after recently refreshing September lows.