Bitcoin vs Ripple: US Users Show More Interest in XRP Than in BTC, Google Says 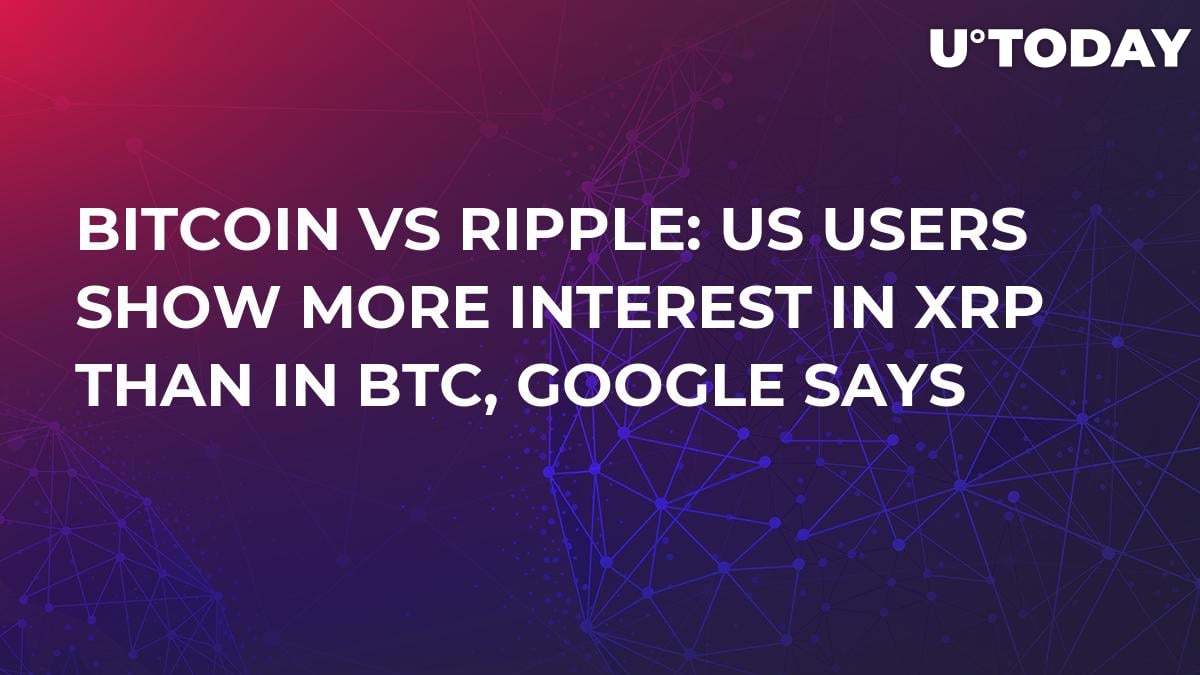 According to the report of Google Trends for 2018, US users made more search queries for ways of acquiring XRP than Bitcoin. Seems like XRP was actually more popular than Bitcoin in 2018.

Bitcoin vs. Ripple — Is XRP taking over?

However, this data came only from the US area. As for counties beyond it, a lot more people still made search queries on how to by Bitcoin.

In other search queries also, the word ‘Bitcoin’ appeared much more often than ‘XRP’ or ‘Ripple’. Thus, the ‘flippening’ when XRP will replace Bitcoin on its throne of market capitalization leadership appears to be delayed.

Numerous fans and advocates of XRP believe that the aforementioned ‘flippening’ will arrive soon. Social media platforms, such as Twitter and Reddit, are full of these people who keep declaring that the technology which backs Bitcoin, along with BTC itself, has already become dated.

They see BTC as a dinosaur which is about to go the way of the Dodo in comparison with its rivals. Other coins have a potential to get their utility increased and ensure many more transactions per second than Bitcoin can offer. Besides, XRP fans are positive that thanks to the numerous partnerships with banks, XRP will soon outdo Bitcoin by the market cap value.

Still, so far XRP is ahead of BTC only by one metric – the interest US citizens show via Google search queries.

Is XRP more popular in US?

Yesterday, Preethi Kasireddy, who used to work for Coinbase, shared the Google search data regarding XRP and BTC on Twitter, forgetting that this data implies the queries made only by US users.

Thus, it seems that XRP has been more popular now among the crypto community only in the US area.

On the other hand, if we speak of searches made from various parts of the globe, BTC appears much more often than XRP in 2018.

XRP is falling even further behind BTC

Ripple has been making new partnerships with major global banks and getting XRP listed on major exchanges, where it has been made the base currency. Still, in 2019 XRP has been dropping its value against BTC.