Here's a Hilarious Theory Behind Bitcoin's Unexpected Surge to $5,000

Alex Dovbnya
??April Fools' Day is the only time you can get away with publishing fake news, but some jokes can be too brutal 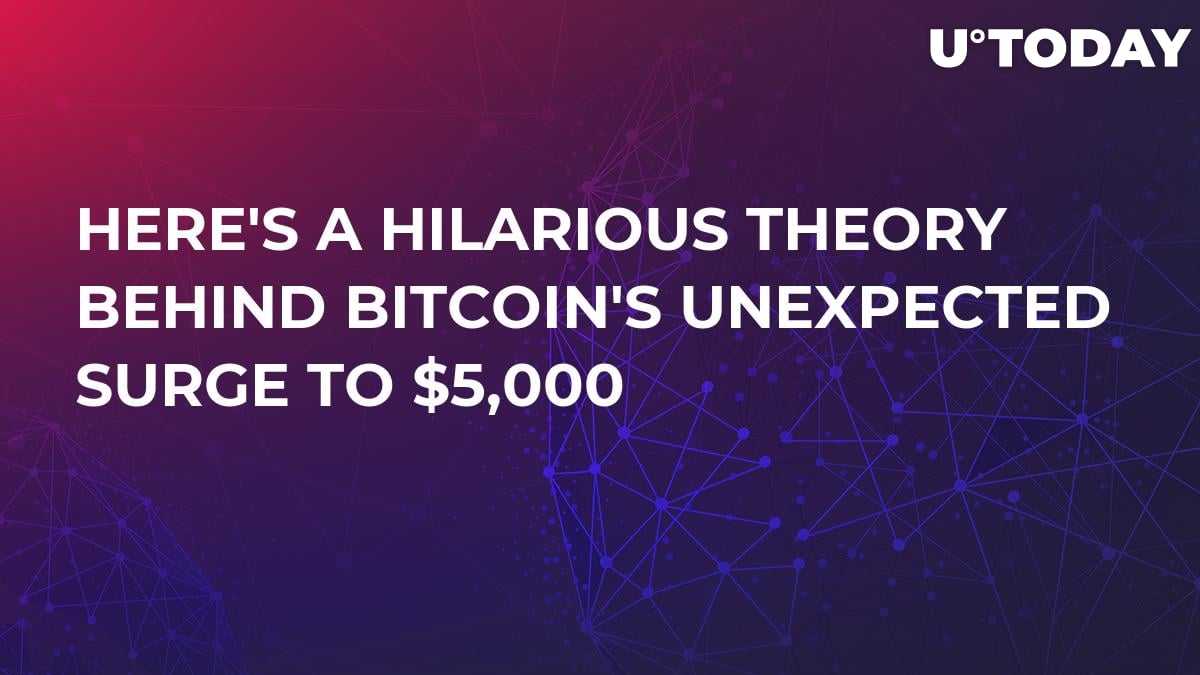 While cryptocurrency enthusiasts keep scratching their heads, wondering what the reason behind Bitcoin’s recent rally could be, there is a new theory that explains it all. George McDonaugh, the CEO of London-based investment company KR1, believes that an April Fools’ joke about the Securities Exchange Commission (SEC) approving two Bitcoin ETFs could do the trick.

McDonaugh recently revealed to Business Insider that buying bots ‘went awol’ after the news about the SEC giving the green light to two Bitcoin ETFs was published on Apr. 1. The US regulatory watchdog, as the fake Financial Magnates article states, held an emergency meeting, and SEC Chairman Jay Clayton himself phoned commissioners to put an end to the ETF speculations. VanEck and Bitwise were allegedly prepping to launch their respective ETFs in early May.

The article was in some way prophetic – it states that the SEC announcement immediately made the price skyrocket to $6,000. The Bitcoin price indeed touched $5,000, spiking by almost 20 percent in one day, and this time it’s not an April Fools’ joke.

However, McDonaugh is inclined to believe that the short squeeze was the real reason why Bitcoin experienced a 20 percent price increase over the last 24 hours. There was more than $415 million worth of short positions. That assumption was channeled by eToro market analyst Mati Greenspan, who suggested that stop-loss orders ‘triggered a chain reaction’ that eventually lead to Bitcoin reaching $5,000.

If that’s indeed the case, it means that Bitcoin will correct back to its pre-rally level of $4,200 in the nearest future. There are also some analysts who believe that a bull run is really happening this time.