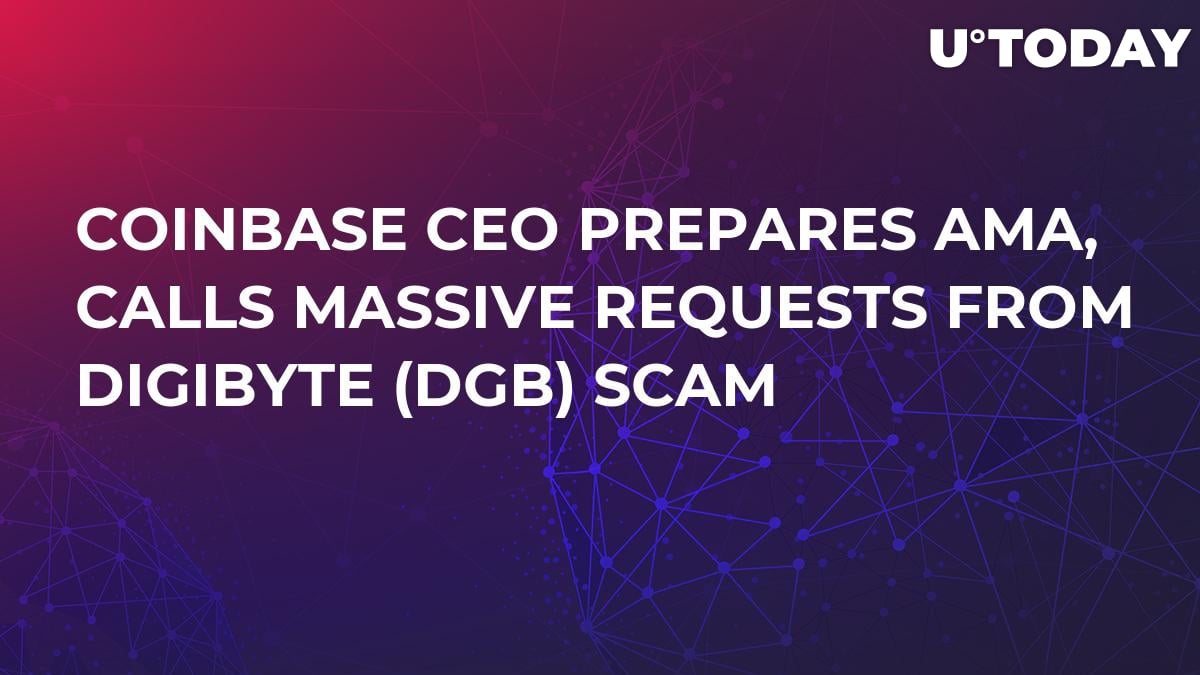 On March 31, the CEO of Coinbase, Brian Armstrong, mentioned the idea of launching an AMA soon and encouraged the community to send him questions for that. Armstrong said he would answer only the ‘top favorited’ questions and avoid trolling.

He also warned that he would not be saying anything about virtual assets that Coinbase plans or does not plan to list.

What do you want to see more of from me on Twitter? What questions do you have? Thinking of trying a live video AMA this week, will answer the top favorited (non-troll) questions.

After a couple of comments from Andreas M. Antonopoulos‏, several members of the DigiByte community started tweeting with suggestions that the DGB coin should be listed, the sooner the better. 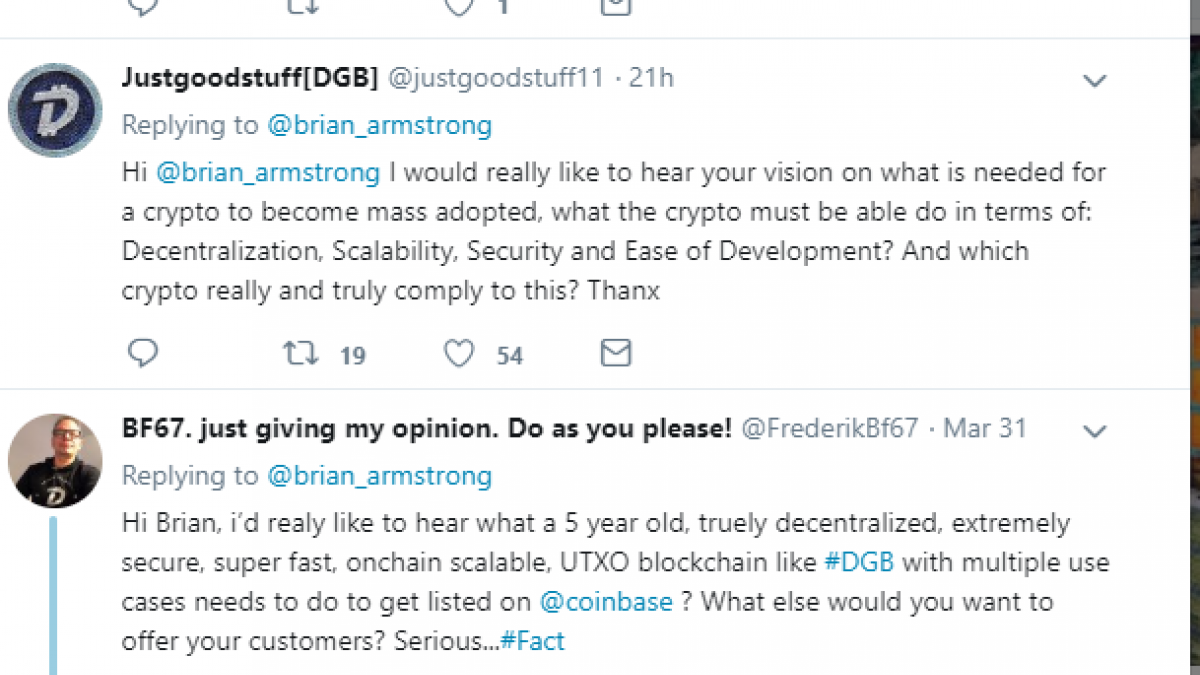 Seems like people in the community saw this thread as a chance to popularize and promote the DGB token to be added to the Coinbase trading list, despite Armstrong’s words that he does not intend to discuss this sort of thing.

In another tweet, the Coinbase CEO said he was frustrated by the enthusiastic ‘attack’ of DGB fans. The coin’s community took his words as if Armstrong accused them of being bots and scammers.

Tried to ask a serious question and got spammed by the DigiByte community ? tough to filter signal from noise https://t.co/FLCqUDx7b1

One of the DGB supporters, Luke DGB, recorded a brief video, explaining politely that there are actual people in this community, no bots or fake accounts, and they were all eager to know what it takes to get their coin listed on Coinbase.

Luke also mentioned that as per the set of rules and guidelines for a coin to be listed on Coinbase, DGB fits perfectly, so the point of his video was to find out if there have been any adjustments or changes to those guidelines that he is unaware of.

Brian Armstrong did not comment to that or other numerous emotional responses from the DGB community.