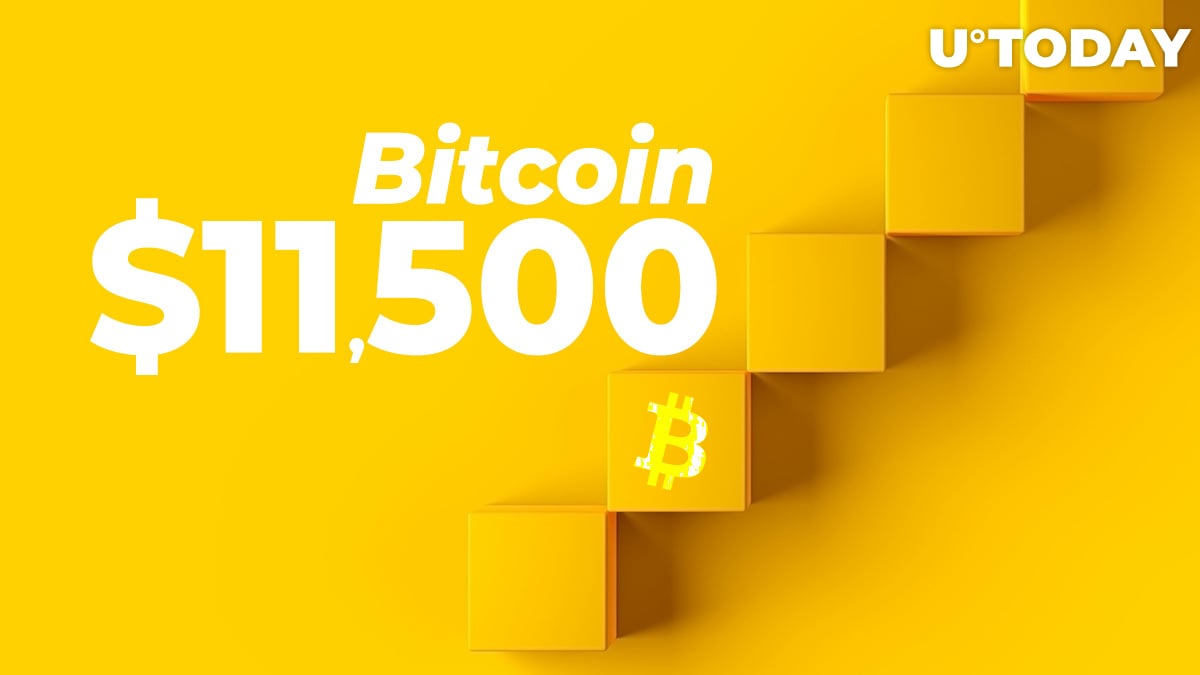 Bitcoin, the top cryptocurrency by market cap, surged to $11,547 at 13:45 UTC on the Bitstamp exchange, reaching its highest level since Sept. 2. 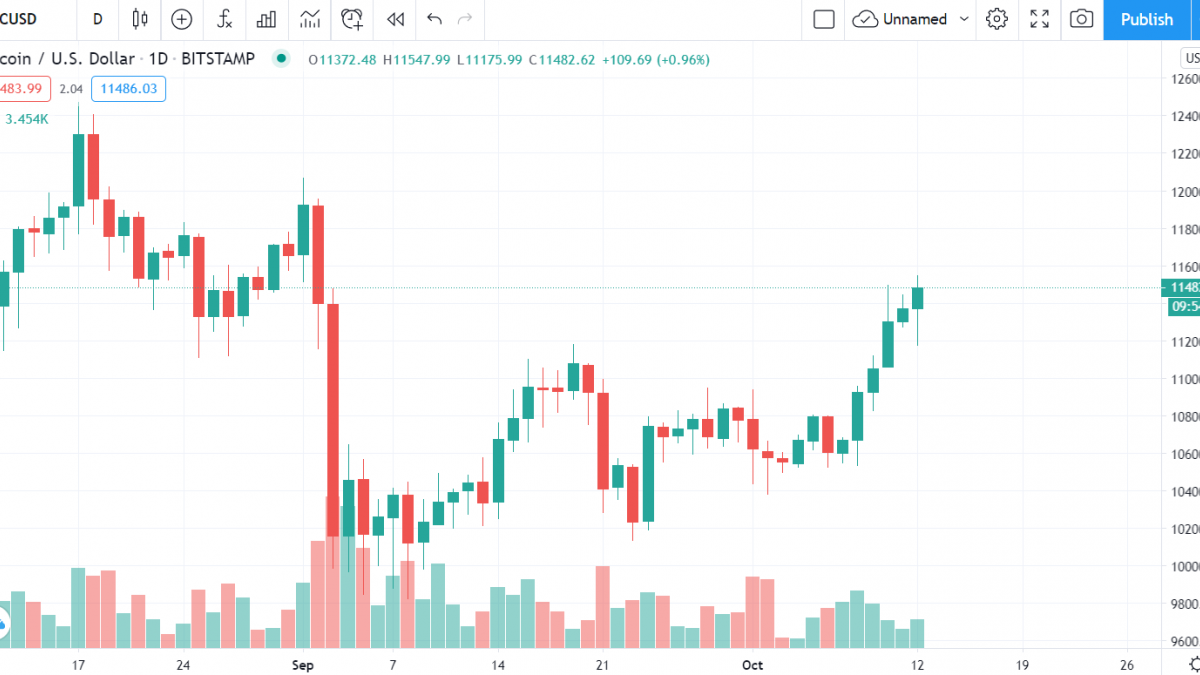 Related
Ethereum Keeps Chipping Away at Bitcoin’s Dominance as ETH/BTC Hits Highest Level Since Early 2019
Earlier today, BTC dipped to as low as $11,175, prompting fears of that the bullish momentum was waning.

The cryptocurrency is now on track to record its second consecutive week in the green.

The most recent uptick was front-run by an even stronger Ethereum rally. The leading altcoin is now up over three percent, inching closer to the $400 level.