Yuri Molchan
✔️ ✊Bitcoin price has taken the $8,000 barrier, but is going down again? 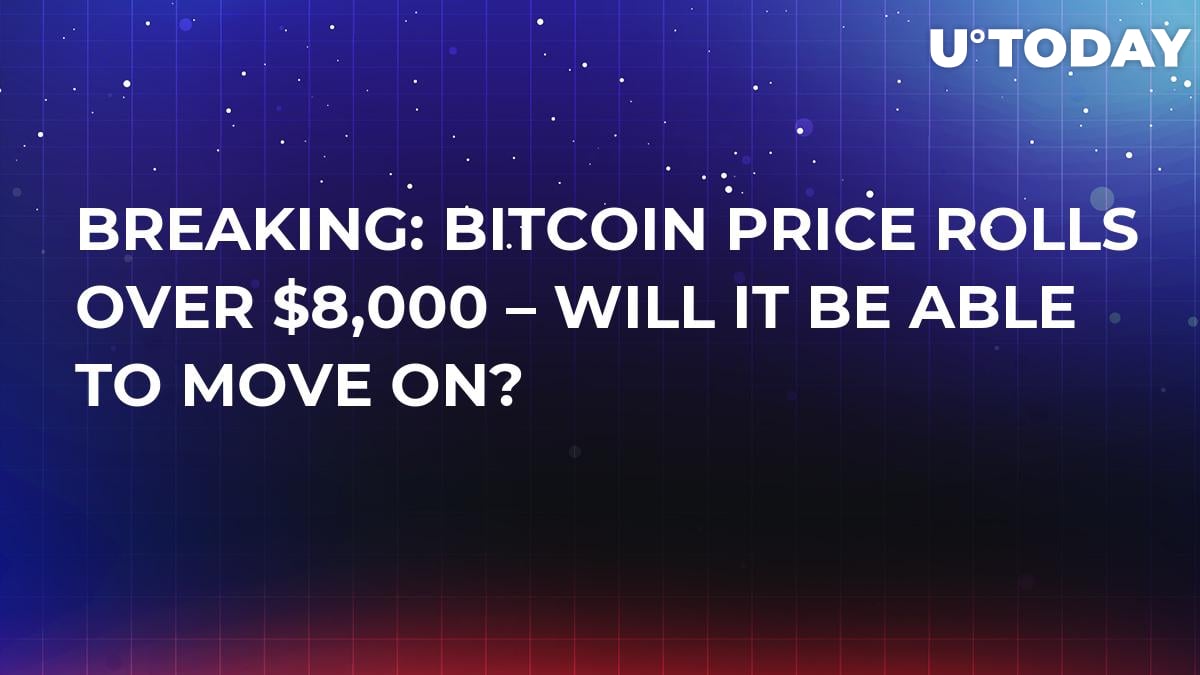 On Friday, June 7, Bitcoin price has managed to take the $8,000 level. However, it is beginning to decline heading back under this mark again.

So far, it is too early to say what gave BTC a push, it may as well be just another attempt to fix over this important mark on charts.

Overall, the situation remains bullish and the majority of the top ten list is in the green at the moment with Litecoin (LTC) being the top performer (+ nearly 9 percent).