Alex Dovbnya
Bitcoin mining difficulty goes up in synch with the network’s security, which makes a good case for the bulls 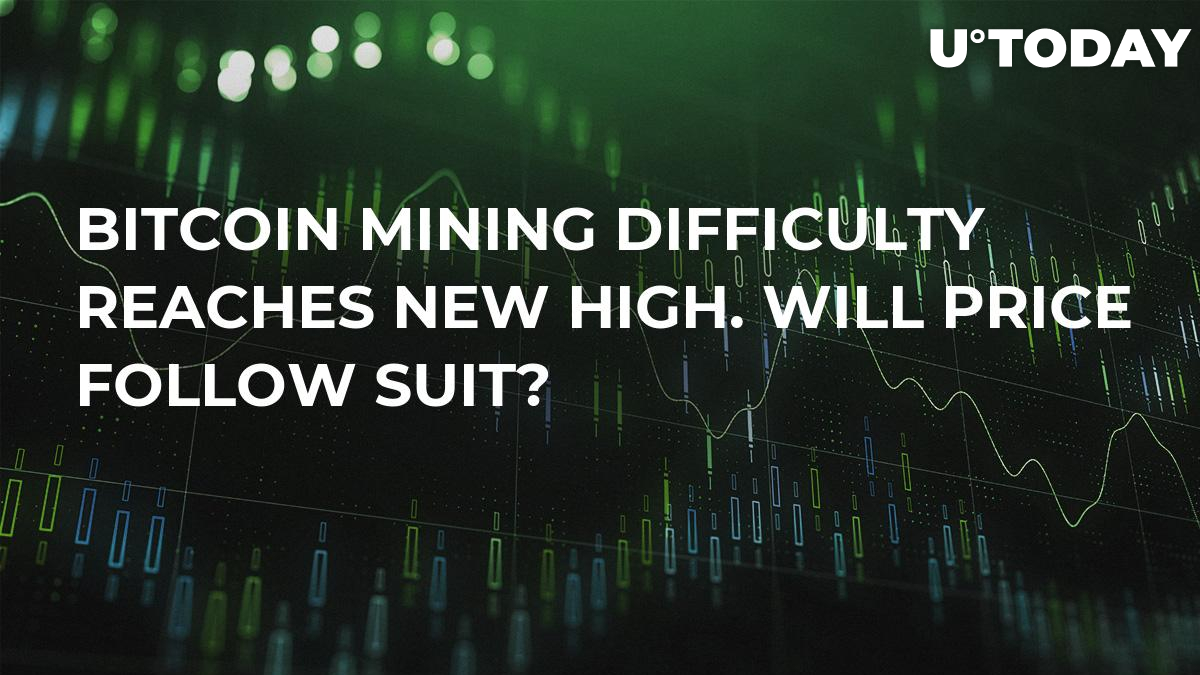 After Bitcoin surged past the $9,000 mark, the coin’s mining difficulty reached a brand-new high of 7.46 trln, according to the data provided by CoinMetrics.io. The previous record had been set on in October 2018 when the difficulty skyrocketed to 2018.

#BTC difficulty is an at all time high. Miners' margins have increased with the BTC price and it looks like they're reinvesting those increased margins in more hardware. pic.twitter.com/f9Zi5qf1Ka

The sudden increase in mining difficulty is inextricably connected to Bitcoin’s price rally that kicked off at the beginning of April.

This comes after the “crypto king” experienced a huge difficulty drop back in December when its price bottomed out at $3,100.

The new difficulty peak signals that the network is now healthier than ever given that it takes more efforts to mine a new block. Early Bitcoin adopter Max Keiser offers this as an argument in favor of his recently voiced $100,000 price prediction.

Exactly. The #Bitcoin protocol invites this type of thinking baked right into the incentive and game theory layers. As bigger players (try to) make their move, hashrate goes up, security goes up, price goes up. $100,000, here we come.

The revival of Bitcoin mining

It appears that bigwigs of the mining industry also feel the ripple’s effect of Bitcoin’s success.

As recently reported by U.Today, the stock chipmaker AMD, which stopped focusing on crypto mining due to crypto winter, benefited from the recent rally.