Bitcoin Breaks Above $12,000 After David Portnoy and MicroStrategy Venture into BTC

Yuri Molchan
The flagship cryptocurrency Bitcoin has again crossed the major resistance level of $12,000 after several big factors pushed it to the North 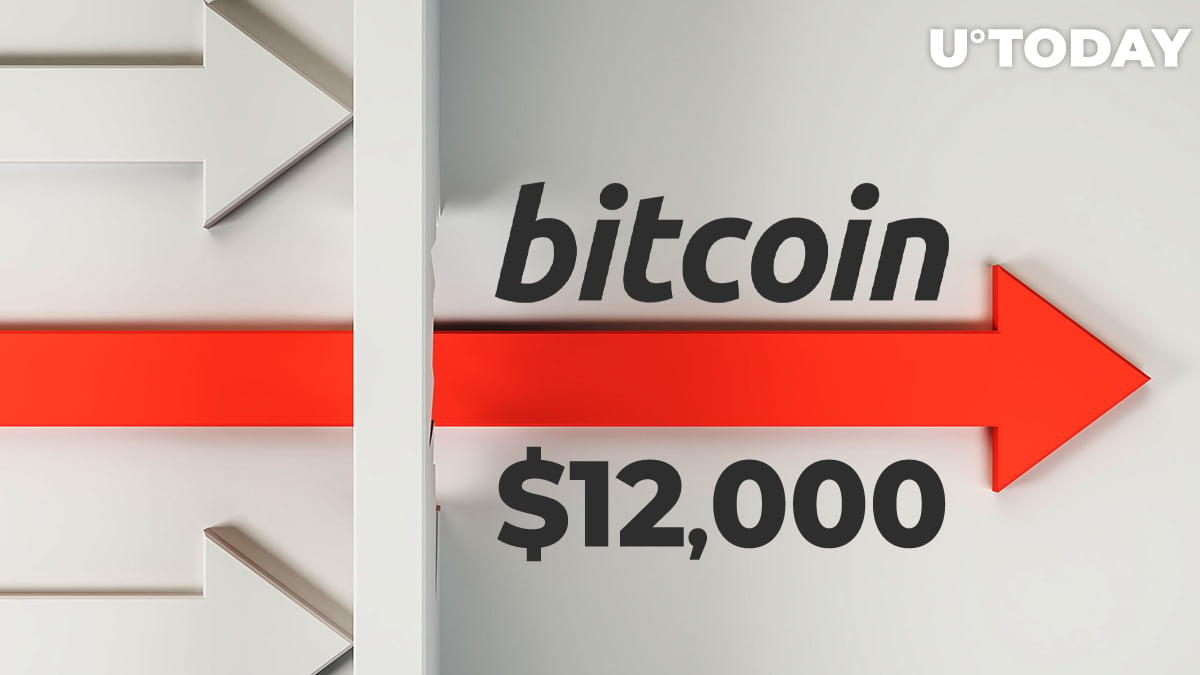 According to the chart from TradingView, Bitcoin has now gone above the $12,000 mark. Bulls have made it after dominating the market recently, but there have been a few major factors that may have pushed Bitcoin above this line.

Bitcoin goes up after Portnoy and MicroStrategy bet on it

As covered by U.Today recently, Barstool Sports founder and internet celebrity, David Portnoy, invited the Winklevoss twins to his place to let them tell him what Bitcoin (and crypto in general) is and how it works.

The twins, Bitcoin billionaires, pitched BTC to Portnoy successfully, as he immediately opened his laptop and acquired both BTC and Chainlink. Among the arguments that he heard was that Bitcoin is superior to gold, since Elon Musk and NASA plan on mining gold and other precious metals in space from asteroids.

Thus, Bitcoin, according to Cameron and Tyler Winklevoss, is the most scarce asset in the galaxy and gold’s supply is likely to be infinite.

Another likely reason for Bitcoin's surge above $12,000 is that, last week, a major publicly-listed Nasdaq company—software giant Microstrategy—announced that it had got hold of $250,000,000 worth of Bitcoin.

The company decided to allocate this amount of cash to a safe haven asset and decided that Bitcoin can definitely be that, thus acknowledging BTC as a legitimate inflation hedge.