Yuri Molchan
Over the past day, close to 430 million SHIB have been incinerated, and one game-producing company did most of the burning 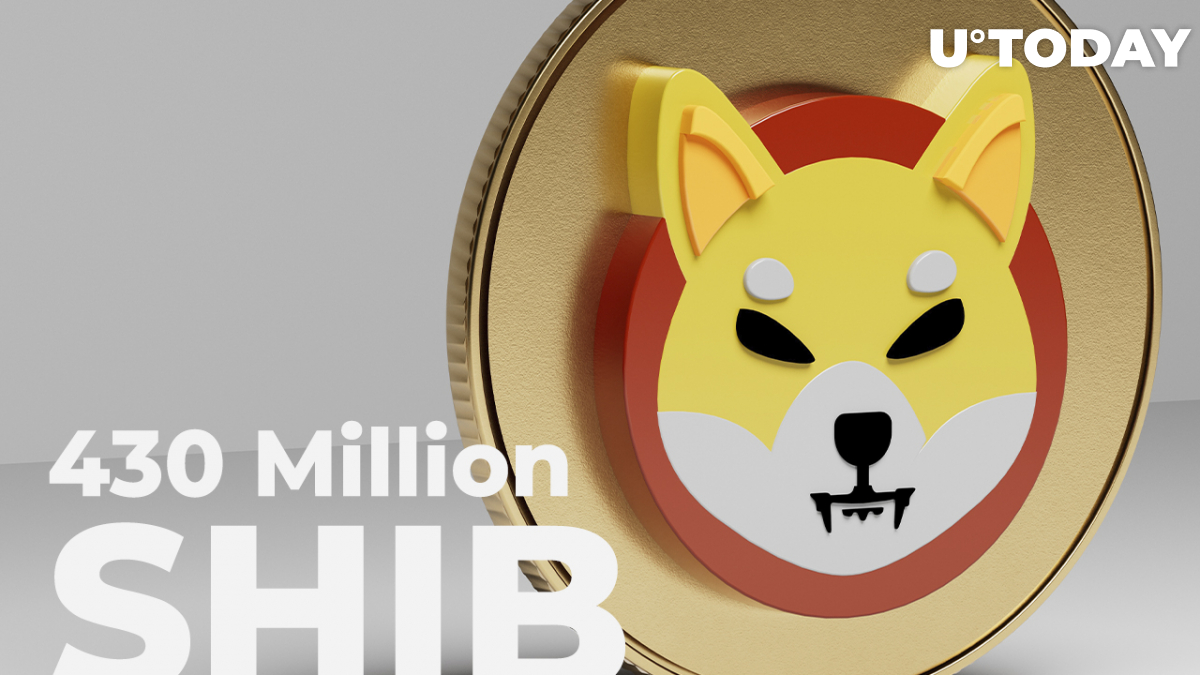 Shibburn Twitter account has reported that over the past 24 hours, a staggering amount of Shiba Inu meme tokens—the second largest canine cryptocurrency after Dogecoin—has been moved to dead addresses and removed from circulation permanently.

Almost all of the burning was done by one company that produces mobile games that help to incinerate SHIB. Besides, the owner of a major Shiba Inu burner has promised to come up with new ways of incinerating tokens so as to avoid being accused of scamming the community.

In a recent tweet, Shibburn account announced that over the past day a total of 429,067,440 SHIB tokens were eliminated by being locked up in several unspendable crypto wallets. This amount of SHIB was shifted in nine transfers.

In the past 24 hours, there have been a total of 429,067,440 $SHIB tokens burned and 9 transactions. Visit https://t.co/t0eRMnyZel to view the overall total of #SHIB tokens burned, circulating supply, and more. #shibarmy

415.4 million SHIB burned through a game

As U.Today covered earlier, Twitter account @317_key announced that on Feb. 15, it planned to move 415,555,725 tokens out of circulation via one of its games, called Bricks Buster. According to the Shibburn website that is sharing data from the etherscan tracker, they burned slightly more—415,417,433 SHIB in total.

The other transactions carried several lumps of one million coins, two transfers worth five million and one worth two million SHIB.

Accusations of being SHIB burning scammer

CEO of Bigger Entertainment, Steven Cooper, has tweeted that his company has faced backlash from the SHIB community for selling tickets to their regularly scheduled burn parties. These tickets are for subscriptions to those live streams on YouTube during which burn pots get destroyed and are worth $5.

A big portion of burn pots came from these subscriptions. In a recent tweet, Cooper stated that the company will no longer be selling these tickets and will find new creative ways to collect SHIB for their burn parties without having to manage somebody else's money and not harm the company's reputation.

On Feb. 14, Bigger Entertainment burned 240.1 million tokens during a live stream on YouTube.

Sorry, had to remove the last post. Bigger Entertainment WILL still be burning, WILL still host burn parties, etc. We simply won’t be doing burn tickets anymore. We’ll find new and creative ways to do the burn party where we aren’t managing the money and protecting our reputation

These new creative ways will certainly include a lot more transparency, according to another tweet in the thread. Cooper wrote that he has been seeing a lot of "scammer" posts on the Internet, apparently accusing himself and his company.

It's more to protect our big clients like the Google and NFL from seeing 'scammer' posts all over the internet.

We'd just rather not manage the burn party money directly and deal with the backlash of it.