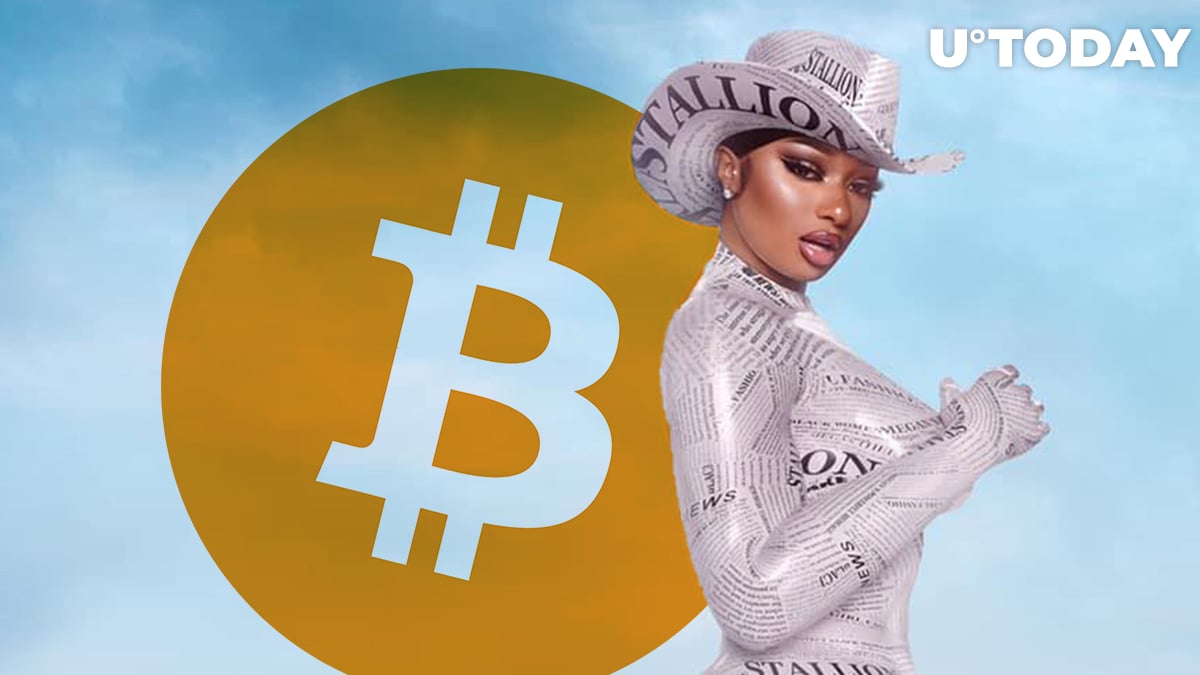 She has joined forces with Square’s mobile payment service Cash App to send her followers $1 million worth of Bitcoin.

2020 has been a breakout year for Megan with two number one hits and Grammy nominations.

While the recent Bitcoin rally was mainly dominated by institutional players, she is also becoming an unlikely force behind driving the cryptocurrency’s mainstream adoption.

Her Twitter replies have become inundated with cashtags, the unique identifiers used by CashApp, from users who are hungry for free sats.

Some people are already going semi-viral after receiving some BTC from #BITCOINMEG.

In a follow-up tweet, the hip-hop star says that Bitcoin tends to increase over time, urging people to make “smart money moves.”

In August, Megan, together with fellow rapper Cardi B, also organized a #WAPParty to give out $1 million to their female fans in partnership with CashApp after their collaboration, “WAP,” hit number one on the Billboard Hot 100.

Jack Dorsey, the CEO of Square and Twitter, is an ardent Bitcoin proponent, which explains the Megan's sudden outpouring of love for cryptocurrencies.

However, it’s not that unusual for famous rappers to take an active interest in crypto. In 2018, 50 Cent accidentally discovered his $8 million Bitcoin stash while Eminem was rapping about how everybody was “doin’ Bitcoin” on his "Kamikaze" album.

Earlier this week, Oscar-winning rapper Juicy J — whose Katy Perry collaboration, “Dark Horse” is certified diamond in the U.S. — recently asked Twitter whether he should get into Bitcoin. He got a lot of replies.