Valeria Blokhina
Check out the latest news digest by U.Today to stay updated on the most important events in the world of crypto! 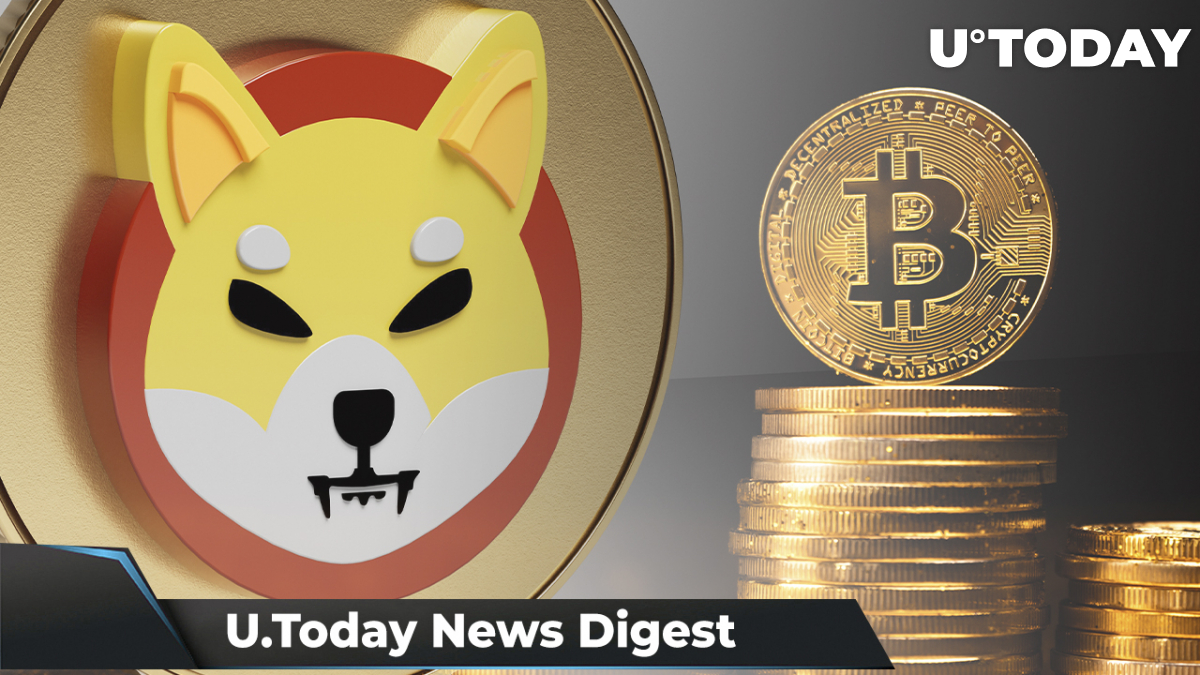 What happened in the crypto industry over the weekend? Read the top four news stories by U.Today to find out.

According to Anton Nell’s tweet, he and Andre Cronje decided to leave the crypto industry. Starting from April 3, a total of 25 decentralized finance applications, including Yearn.Finance, Keep3r Network and Solidly, will be terminated. Affected by a sudden announcement, YFI and FTM tokens collapsed roughly 13%, while SOLID token dropped 60%. Last January, Cronje wrote a blog post titled “Building in DeFi Sucks,” but it was simply a “therapeutic” rant. Now, Nell has made it abundantly clear that Cronje is dead serious about leaving.

WhaleStats reports that an anonymous Shiba Inu whale has purchased 42 billion meme tokens, which totals $1 million in fiat equivalent. The receiving address now holds $109.2 million worth of various tokens, including Shiba Inu, USDT, SAND and MANA. At press time, SHIB is changing hands at $0.00002353, losing almost 2% from its value over the last 24 hours.

In his recent interview with Business Insider, Apple's co-founder Steve Wozniak praised the flagship cryptocurrency, Bitcoin, calling it “pure-gold mathematics.” However, he has a dim opinion of the crypto industry in general, claiming that many cryptocurrency projects are “rip-offs.” Wozniak also pointed to the great number of cryptocurrencies that come out every day.

Canadian rapper Drake had to part ways with $275,000 worth of Bitcoin after Jorge Masvidal’s defeat during the UFC 272 event that took place on Saturday. The superstar placed a bet on an American professional mixed martial artist, expecting him to win against Colby Covingto. But unfortunately for Drake, that did not happen. If luck had been on the rapper's side that day, he could have walked away with more than $700,000.

However, not all Bitcoin bets end up in loss for Drake; in February, he netted $381,000 in BTC after betting $1.3 million on Super Bowl LVI.