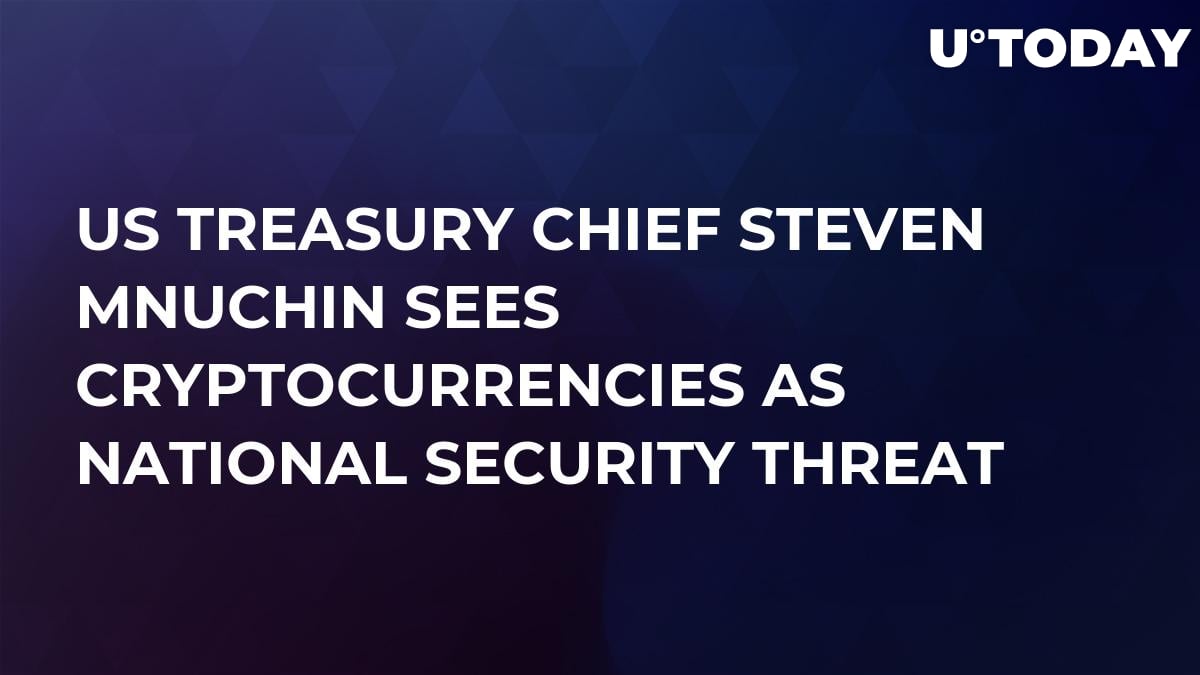 Mnuchin also said that he was “uncomfortable” with Facebook’s crypto plans.

Mnuchin’s harsh comments on crypto were expected since they perfectly reflect the stance that was taken by Trump himself.

As reported by U.Today, the POTUS tweeted that he was not a fan of Bitcoin and other cryptocurrencies, including Facebook’s Libra.

While it’s quite possible that the Donald barely knows anything about Bitcoin and he was simply misled by his staff, it is clear the current administration is not here for crypto disruption (mostly due to customer protection issues).

In order to mitigate risks that are related to money laundering, drug trafficking, and other unlawful activities, Mnuchin claims that digital assets must be subjected to the same standards as traditional finance.

Our overriding goal is to maintain the integrity of our financial system and protect it from abuse, - Mr. Mnuchin said.

When it comes to Facebook, Trump’s disdain for social media giants is rooted in their alleged bias against conservative voices.

However, his Democratic opponents were also quick to criticize Libra.

In particular, Democratic Congresswoman Maxine Waters, which spearheads the House Financial Services Committee, has come up with a plan to ban Facebook and other “big tech” companies from issuing their own cryptocurrencies.